How to go wild swimming in winter 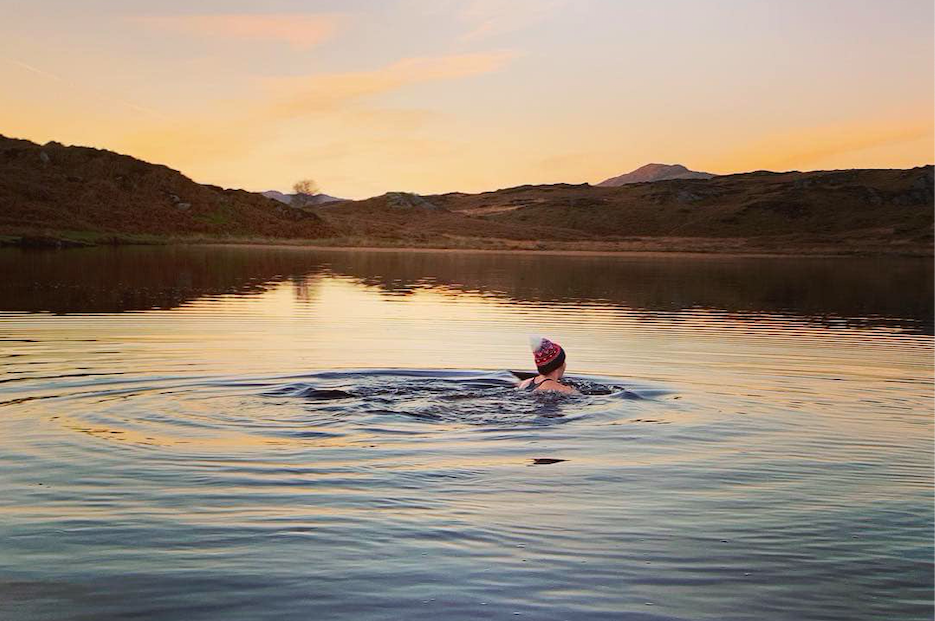 How to go wild swimming in winter

Wild swimming has become almost tediously fashionable recently, and no heatwave is really complete without a flood of articles on how it feels to take a dip in the outdoors (and even more tedious ones about how ‘in my day, we just called it swimming’ from people fortunate enough not to have grown up with chlorine and floating Band-Aids as their introduction to the water. But the strange thing is that as the weather chills, so does the trendy interest, even though winter swimming is far more fun — and even better for you — than its summer equivalent.

Only recently we’ve seen more research suggesting there is a ‘cold-shock’ protein found in regular winter swimmers which could slow the onset of dementia. Researchers at the University of Cambridge ran a study of winter swimmers at Parliament Hill Lido in London over three years, and found elevated levels of a protein called RBM3, which had slowed brain cell deaths in mice in an earlier experiment.

There is already an interesting and developing body of research into the effects that cold water swimming can have on mental health. A study in 1988 found that as few as four repeated immersions in cold water can help people control their fight or flight response, which tends to go awry when they are suffering from a mental illness. In 2002, scientists in Washington found that sitting in cold water for 15 minutes reduced people’s blood pressure and lowered their heart rate by almost 10 percent.

Another study in Prague in 2000 also saw dopamine levels soar by 250 percent in young men who sat in water that was only 14 degrees Celsius (57 degrees Fahrenheit). Dopamine is a chemical that influences the brain’s pleasure and reward centers and is believed to play a part in treating depression.

Then there’s the work done by Dr Mark Harper, the leading physician in the UK researching the link between cold-water swimming and mental health. He now says that any mental illness associated with stress and inflammation, including depression, generalized anxiety disorder and PTSD, could see its symptoms alleviated by cold water. 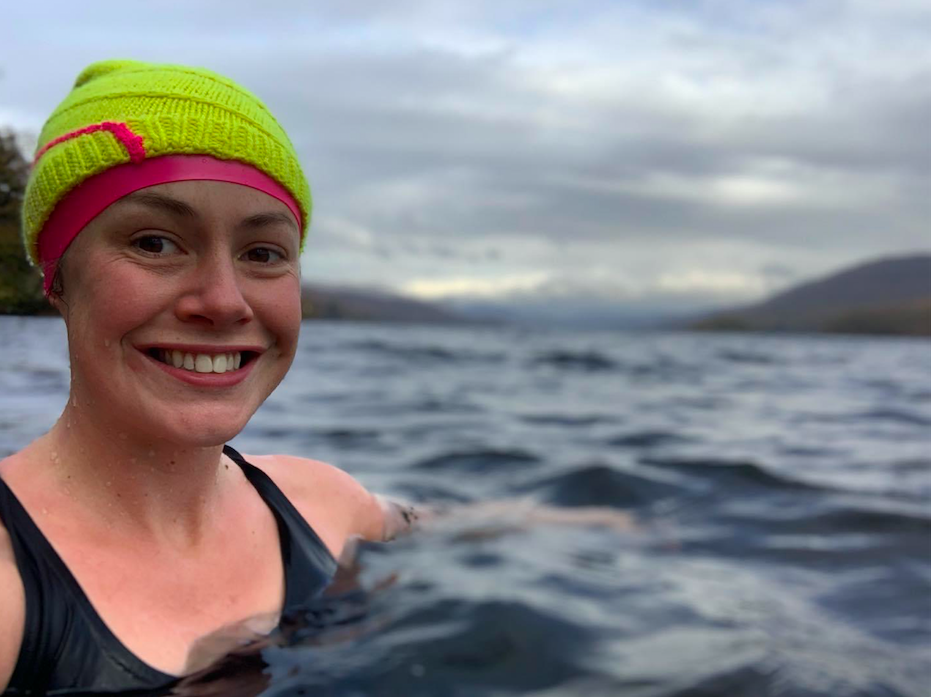 Cold water swimmers themselves are evangelical about the benefits of a chilly dip. Some claim that it has reduced the number of colds they suffer from. Others go even further: a semi-serious survey of winter swimmers at Tooting Bec Lido in London reported more than a quarter claiming that a dip was almost as good as an orgasm. The word ‘almost’ may be doing quite a lot of heavy-lifting here, but it is the case that swimmers emerge from the water glowing, even when it is icy.

I’m entering my third winter of swimming through icy waters, and for me, it has become as powerful a part of the management of my mental illness as therapy and medication. Summer swimming is wonderfully lazy as the warm temperatures mean you can spend hours in the water exploring and watching the wildlife.

But as the mercury falls, so my excitement grows as this is when swimming really lifts my mood. Before I started taking cold dips, I would dread the winter months. Now I feel a frisson of excitement when I see that a frost is forecast, as it means there may be ice on the water. Icy dips are beautiful, with the morning sun bouncing off the panes of frozen water. They also leave me feeling both calmer and more awake. Without cold water swimming, I would definitely find life harder. And duller, too.

How to do it 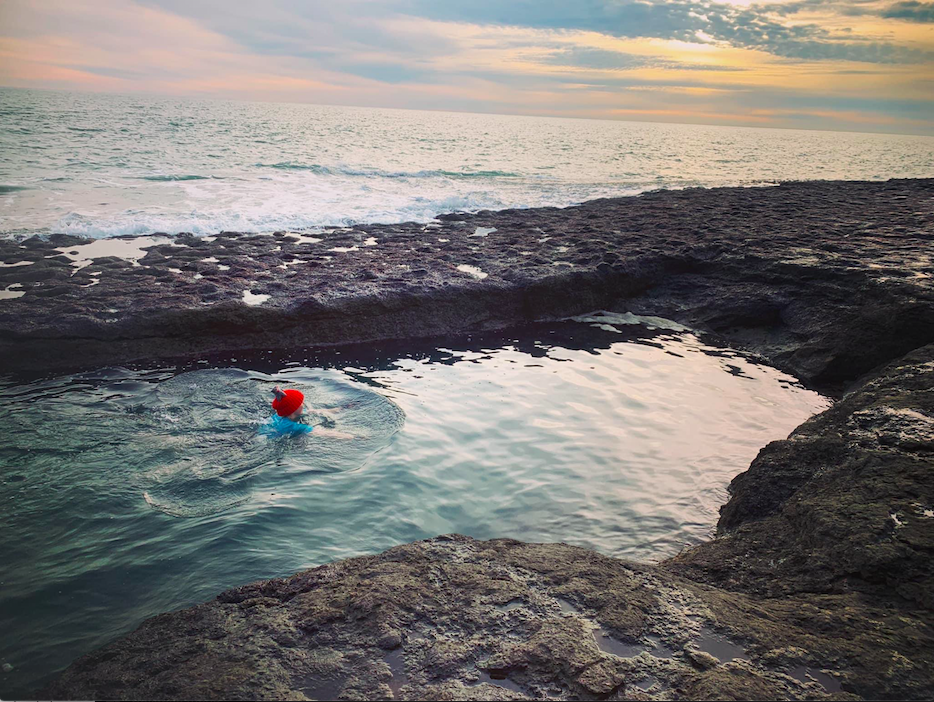 Most winter swimmers eschew wetsuits as they are such a fiddle to take off when you are cold, they don’t stop the initial shock of the cold water hitting your skin, and they remove some of the joy of feeling the water around you (yes, it is a joy). Many of us wear neoprene gloves and socks to protect our bodies extremities. Some of us — including me — don knitted hats to stop us losing too much heat from our heads, and because there’s something very silly about clambering into freezing water with bare skin and a thick woolen hat on your head. And while summer ‘wild swimming’ is something pursued by Insta-perfect trendy types, you’re more likely to find a bunch of middle aged types in boring and slightly old swimming kit once the winter comes along. People take pride in what their bodies can do, rather than how they look.

Everyone has their own way of getting in the water. Some take forever to get any deeper than their calves, while others splash the water over their shoulders as they walk in to try to lessen the shock once they are submerged. I prefer to walk in briskly, always pausing for a heartbeat to wonder why on earth I’m walking into such cold water and didn’t stay under my warm duvet. When the water washes over my chest and shoulders, I gasp. Then I start swimming.

Our bodies make incredible adaptations to cold water, but we have to do it slowly to reap the full benefits of these changes and to stay safe. In recent years, as cold water swimming has grown in popularity, there have been more incidents where London swimming spots have had to call ambulances to deal with hypothermic swimmers who thought they were being clever by pushing themselves too far. This isn’t a good sport for show-offs.

The most important thing is to understand how your own body feels when you are getting too cold in the water, and not to force yourself to stay in any longer. A vague guide is that a beginner should aim for a minute per degree, but wind chill and other factors mean that this isn’t a very good hard and fast rule. Some days you will just feel colder, and you should listen to the signals that your own body sends you.

Too long in the water and you risk hypothermia. Too long getting changed by the water, or not enough layers and you risk ‘afterdrop’, where your core temperature falls after you’ve left the water. I suffered this once after doing too many lengths at Tooting Bec Lido one cold winter’s day and then spending even longer fiddling with my phone by the waterside. It is deeply unpleasant. Your teeth chatter uncontrollably and you struggle to string a sentence together. Other swimmers usually step in at this point and force you to rewarm slowly with more layers, warm tea and a spell sitting down inside. Swimming alone is always risky, but even more so in winter as you often need others to tell you to get out and to keep an eye on you as you rewarm safely.

Always pack more layers than you imagine you will ever possibly need, take a thermos of hot sugary tea, and organize your clothes so you can put them on quickly afterwards. You will quickly realize that winter swimming is not a stylish pursuit in any way. To my mind, that’s one of the best things about it.

Where to do it 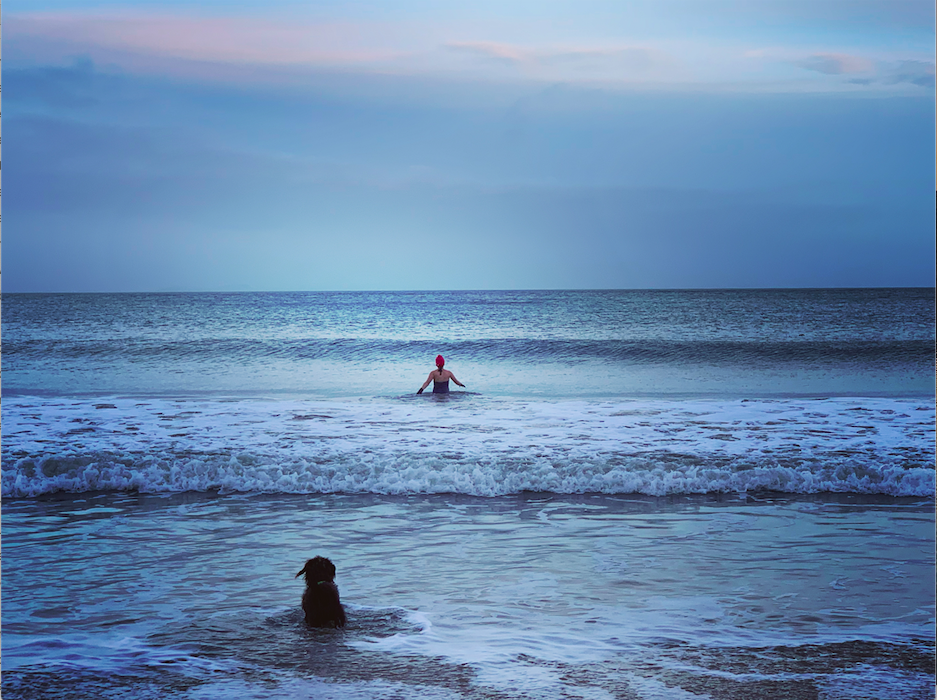 It’s best to go to an organized swimming spot in the winter so you have someone looking out for you, especially if you’re new to the cold. There are many informal groups of swimmers who welcome first-timers, and most don’t expect you to be able to swoosh through the water doing butterfly stroke or even front crawl. Head-up breaststroke is the most popular stroke in the winter because it means you avoid what swimmers call ‘ice cream head’. It also means you can keep an eye out for hazards – and for baffled onlookers.

The company of fellow swimmers is one of the best things about this sport. They are almost without exception the friendliest, most unpretentious bunch. Something about the cold water creates warm souls, and that in itself is good for anyone, even without the exciting health benefits.