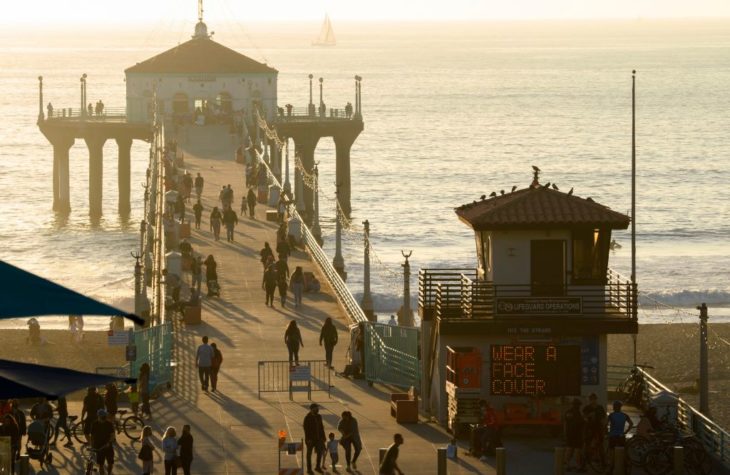 I’m the second to admit when I am wrong—and boy was I wrong about a lot in 2020. The first and most glaring error was my feeling that Trump would win in a landslide. On September 21, 2020, I wrote in a piece summarizing what I was hearing from the politically homeless, ‘My overall gut instinct from everything I’m hearing is that I won’t be at all surprised if Trump wins in a landslide — and that the only person who can beat Donald J. Trump is Donald J. Trump.’ Assuming the results of the election are legit — and I do — what errors in reasoning led me to getting this wrong?

Confirmation bias. Obviously self-selection was a big part of the problem. My audience runs the gamut but the majority of them are disaffected former liberals, libertarians, independents and center-right Republicans. What I’ve learned is that most of these liberty-loving folks will always choose less government over more government and by default, when push comes to shove, choose red over blue. So while I was hearing from many of these people, I wasn’t hearing from the disaffected Trump voters in the same numbers or the folks determined to bring some respect back to the White House and an end to Trump shredding our global reputation.

I’m honestly shocked Trump didn’t win handily although I’m not upset that he didn’t. So long as the Republicans hold the Senate, I think it’s the ideal outcome. Perhaps the electorate is smarter than I thought. Over and over I heard people trying to balance their disdain for Trump the person with their fear of Biden the policy-maker. People are tired of Trump but they’re also wary of the extremism on the left. If you were trying to balance those two threats, I’d expect you would vote for Biden, third-party or abstain from voting for president completely and vote red all the way down-ballot. But according to the data, that’s not the case. According to FiveThirtyEight, ‘there wasn’t actually as much split-ticket voting as you might think. For decades now, how a person votes for president has become a better and better predictor of how she votes in other races.’

Wrong again, Bridget. Although I guess I was right about the electorate being dumb.

Another blindspot I have — and this one comes from my own factory settings: I had a primary caregiver with a similar personality to our Troll-in-Chief. I’m also a disorganized adult in recovery who has a hard time with self-discipline and struggles with routine. I’m used to chaos and in fact, thrive in it. It’s possible I underestimated the national tolerance for dysfunction and overestimated our addiction to entertainment. After four years of demanding we all think about him constantly, enough Americans were worn down that they just wanted a break. Biden barely campaigned toward the end. All he really had to do was sit back and watch Trump self-immolate; let the President tweet while he botched a pandemic response, got the virus and returned to his job having learned nothing at all. Trump can’t help being Trump. The Biden campaign capitalized on this by doing nothing.

Moving forward I need to do a better job getting out of my own bubble and biases — as much as I strive to do so, it’s clear to me I didn’t do enough. Being wrong is humbling but feeling like a sucker is humiliating — and this leads me to the other thing I got wrong in 2020.

When the virus came to our shores, like many Americans, I pushed for a national pause. It seemed like what most civilized countries were doing to contain the spread of COVID and keep their healthcare systems from being completely overwhelmed. After what I’d seen in Wuhan and then Italy and New York City, I thought the measures were reasonable. Many folks on the right thought it was asinine to shut a country down. They argued about the ancillary costs — depression, joblessness, domestic violence, small businesses, vulnerable children slipping through the cracks etc… They also argued that once you give the government power to make sweeping decrees, they often don’t give it back.

I’ll be honest, although I might not have expressed it publicly, I found some of this rhetoric to be inflammatory, selfish and melodramatic. Oh how very naive I was. In California we are now almost 10 months into the two weeks we needed to ‘flatten the curve’. Our government has bankrupted small businesses while the same five giant corporations have expanded their wealth. Governors, representatives and mayors have all disregarded their own lockdown restrictions, shut down schools while their kids were attending private academies and went to see family while encouraging their constituents to stay home.

All I’ve been left with at the end of this year is a massive sense of distrust. I don’t trust authority figures (not that I ever really did — but now I look at them with a newfound sense of disdain). I don’t trust scientists or journalists or even myself because my instincts were so wrong. Or were they? I guess we’ll never know. I’ve made a lot of noise about Trump breaking everyone’s brain and it turns out, he’s broken mine too. 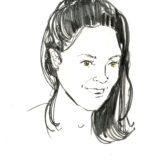 Bridget is a contributing editor to The Spectator.