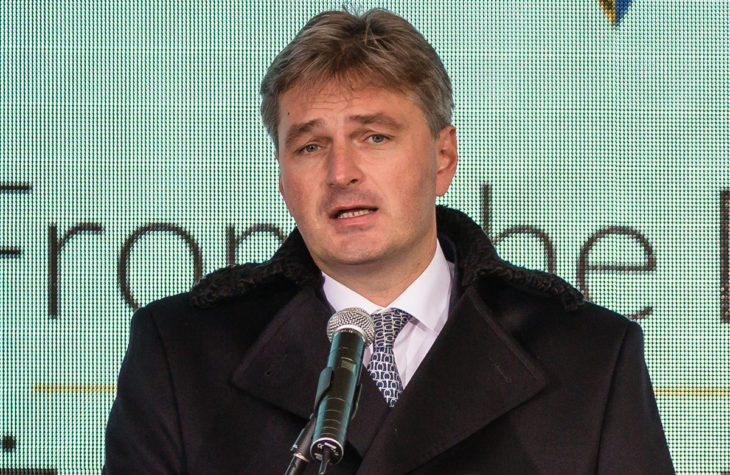 This week’s National Conservatism Conference in Rome was an important meeting of national conservatives from all over the world. Sadly, it has been sullied by disgusting attacks from UK liberals against the British Conservative MP Daniel Kawczynski for agreeing to take part.

Publications from BuzzFeed to the Guardian pounced on Kawczynski’s decision to appear alongside European leaders such as Hungary’s Viktor Orbán and Italy’s Matteo Salvini as proof of ‘anti-Semitic’, ‘racist’ and ‘homophobic’ beliefs, held not only by Daniel but the political party to which he belongs, the UK Conservative party.

The British Tories subsequently proved themselves to be utterly witless in the face of the attack (a point to which I return to below). But my primary concern is that hysterical attempts like this to decree guilt by association and thereby shut down serious discussion should be called out for what they are and held to account.

This matters because the effect is to anathemize a serious conservative idea and the many academics, students and activists who came together in Rome to discuss it. If we routinely give in to witch hunts on Twitter, the legitimate public exchange of ideas on controversial subjects will become impossible.

Astonishingly, the attacks on Kawczynski neglected to name any of the conference organizers or sponsoring organizations. These organizers include Chris DeMuth, Ofir Haivry and myself from the Edmund Burke Foundation and John O’Sullivan of the Danube Institute and National Review. Why smear a conference without naming any of the organizers?

The answer is simple: because the organizers are prominent mainstream conservatives with well-known reputations. Naming them would undermine the premise that Kawczynski recklessly attended a gathering of racists, anti-Semites and homophobes.

The claim that a conference whose organizers include Jews was in any way anti-Semitic is absurd. The conference committee included myself, an Orthodox Jew, and Ofir Haivry. Our Herzl Institute in Jerusalem was a co-sponsor, so Kawczynski and the other participants all spoke in front of an Israeli logo (among others) featuring a Star of David and Hebrew text.

The claim of homophobia is equally absurd. The conference was addressed by several well-known gay men.

From the attacks on Daniel Kawczynski, you would think he went to Rome to praise the wonders of fascism. In fact, he came to discuss Brexit with other concerned political and academic figures. He and others presented nuanced accounts of Boris Johnson’s triumph and interpretations of its implications for the EU and the national conservative movements in other countries.

Kawczynski has already set out his reasons for attending in the UK version of The Spectator in response to the first wave of attacks on him before the conference took place. But this only served to whip up leftist commentators intent on inflicting political harm on both him and his party.

In the circumstances, you might have thought that his party would vigorously come to his aid? Some hope. Instead the British Tories acceded to the media stampede without doing even the most basic fact-checking of their own.

The sad truth is they panicked. They too criticized Kawczynski’s attendance ‘in light of the views of some of those in attendance which we utterly condemn.’

You’d think the Tories would be more careful. In 2019, they sacked Sir Roger Scruton on similar grounds and then had to apologize and reinstate him after the deceptions were exposed. Now they’ve jumped the gun once again, smearing a whole conference of their own friends and sympathizers.

There were plenty of other speakers at the conference. Readers will be able to see videos of them in the coming days on the National Conservatism YouTube Channel. They include talks by Chris DeMuth, Rod Dreher, Marion Marechal, Georgia Meloni, Douglas Murray and Viktor Orban.

I am sure Spectator readers will find these speeches as fascinating as I did. They might not agree with everything said, but they will witness speakers addressing pressing issues in substantive and intelligent ways. That’s why they were invited.

The claim that this was about racism, anti-Semitism and homophobia has no relation to reality. It is another attempt at PC cancel-culture intimidation.

Nor will we apologize for inviting controversial figures. The Edmund Burke Foundation has itself been bitterly attacked by white racialists and anti-Semites. Why? For excluding them and their views from our events. In Rome we pursued the same policies.

I agree with Douglas Murray that ‘governments and parties are being called “far-right” when they are not, and whole countries and movements are being anathematized when they will — must, in fact — be partners in the years ahead.’

All of us understand that there are plenty of bad actors on the European right. But what we have discovered is that the leftist media have zero ability to figure out who the bad guys in Europe really are and to act effectively to isolate them.

We conservatives need to get our own information and make our own judgments. Chris DeMuth and I wrote a letter summarizing these points to the UK Jewish Board of Deputies, which was also drawn into criticizing Kawczynski.

Unfortunately, it seems neither they nor the Tories gave our letter much attention, getting their information from the media instead.