Is John Kelly on his way out of the White House?

The Chief of Staff shares some of Trump’s impulses and had the chance to channel them more effectively — but he has not done so. 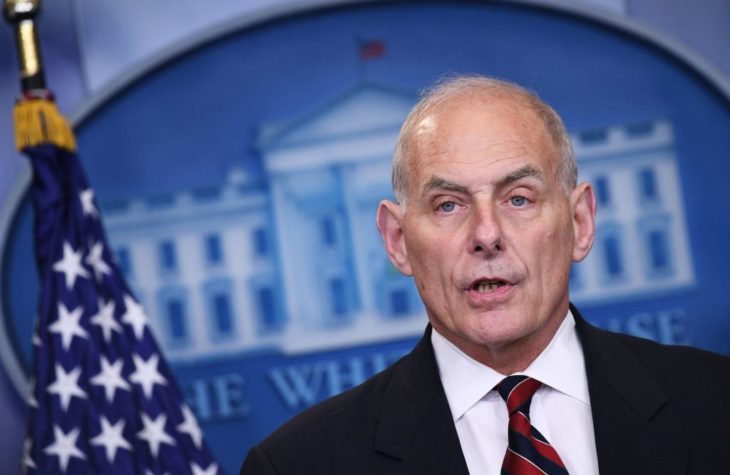 Is John Kelly on his way out of the White House?

Depending on who you believe, the departure of White House chief of staff John Kelly is either imminent or “fake news.” Under President Trump, today’s fake news often becomes tomorrow’s confirmed headline.

What is beyond dispute is that Kelly’s attempt to impose order on Trump’s wild West Wing is a failure, at least by comparison to his predecessors.

That of course may be an unfair standard by which to judge Kelly. Most previous presidents came into office with disciplined political operations that translate well to the workings of the White House and advisers whom they trust. Trump essentially inherited all that from the Republican National Committee, with his most trusted confidantes actually having little to no Washington experience.

Trump is also a businessman used to having substantial control over those within his chain of command, and a wealthy celebrity accustomed to getting whatever he wanted for virtually his whole adult life. Add the fact that he came in to the Oval Office with an unrealistic understanding of the powers of the presidency and the chief of staff’s task is nearly impossible, only marginally better than serving as Trump’s press secretary.

Kelly has manifestly been more successful at getting things to run smoothly than Reince Priebus, the previous chief of staff who came to the president from the RNC. But it was inevitable that Trump would chew through the leash eventually. And if you don’t control his Twitter account, ultimately what control do you really have?

As he reaches midterm, Trump has grown more comfortable with the job of being president. With that increased comfort has come a desire to put his stamp on things, gradually marginalising the people trying to contain him or tell him no.

Top economic adviser Gary Cohn tried to warn Trump off tariffs and trade wars, a rare policy area on which the president has been consistent since the 1980s. Secretary of State Rex Tillerson sought to keep Trump in the Paris climate accord and the Iran deal. They are both gone.

Some congressional Republicans hoped to sate Trump’s appetite for protectionism with border adjustment, marketing it as an import tax. For all the talk about how Trump agrees with the last person he speaks to, he has seen through these maneuvers and continued to press for what he really wants. The people trying to manage him can delay but not deny.

It is said that the people working for Trump are split into two camps more important than any of the various ideological factions within the White House. There are those who try to constrain him and those who enable him.

What there hasn’t been to a great enough extent is people who share Trump’s impulses and try to channel them more effectively. Kelly, who has some of Trump’s instincts and is viewed by the president as a peer, had the chance for this but hasn’t done so.

Former Fox News executive Bill Shine as a potential White House communications director sounds like the kind of hire who might deliver on this front. Mick Mulvaney, a rumoured Kelly replacement who has been surprisingly creative at both the Consumer Financial Protection Bureau and the Office of Management and Budget, may too.

Trump likes his generals and was said to want Kelly’s military style as chief of staff. What works best in the Trump White House is not discipline, however, but creative destruction.