Why libertarians are wrong 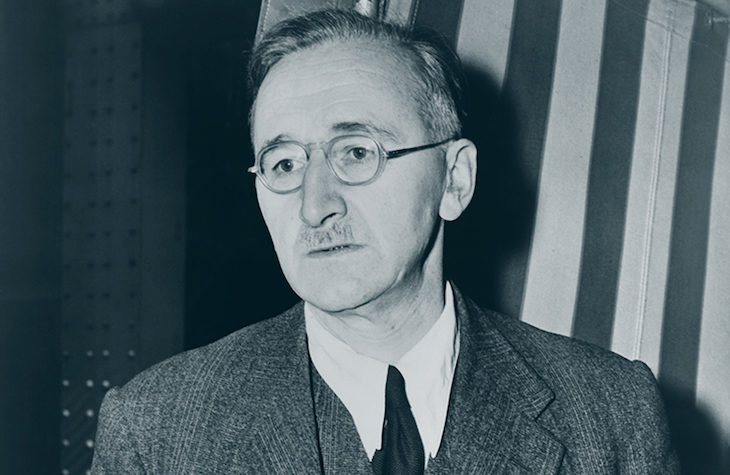 Why libertarians are wrong

My libertarian friends object to some of my recent writings — in particular, an essay for First Things proposing a moderate economic nationalism as ‘A New Conservative Agenda.’ The various intellectual factions on the American right are all susceptible to utopianism and dangerously wishful thinking when they dwell too much in their own minds: they all need the benefit of a look through someone else’s eyes once in a while, even to see their own concerns more clearly. In the letter below, I respond to some friends’ objections and summarize — tidily, I hope — a few vital questions to which libertarians offer inadequate answers.

My interlocutors’ major points can be sketched as follows: what’s wrong with America’s economy and politics is the result of over-centralization and de-centralization — turning power back to the states and smaller units — is the necessary remedy. No nationalist program for strengthening manufacturing for the sake of the middle class is workable because the social philosophers Friedrich Hayek and Ludwig von Mises demonstrated that all economic interventions by government involve insufficient knowledge of consumer preferences and specific market circumstances. Economic decisions have to be made by those directly involved in market transactions; an economy is too complex for anyone else to act wisely. (That’s a crude gloss, but it gets the gist.) Rather than worrying about industrial employment and the middle class, what we ought to worry about, my friend characteristically argues, is the national debt and cost of government’s unfunded liabilities, especially entitlements.

I’m skeptical whether any decentralization short of secession would be meaningful for purposes of this discussion, and secession simply produces nationalism for a smaller, weaker unit. Short of secession, you have a financial system, including the Federal Reserve, and a central government whose policies are never going to be a libertarian’s idea of natural or neutral. Pharmaceutical companies, the financial sector, agribusiness, and the administrative class do not seem to have any trouble identifying what their interests are and how they can use federal policy to advance those interests: they don’t suffer from a complexity or knowledge problem. Or to the extent they do, they know what the solution is: bailouts and rent-seeking. Libertarians complain about that, but complaints carry no weight compared to the bottom line. Libertarians prophesy that there will be hell to pay — but exactly who is going to pay, and when does the end come? The people making economic decisions today have a limited time horizon for their concerns and plenty of ability to offload their costs.

It seems to me the timeline for political crisis is shorter than the timeline for economic crisis. Before we reach the point where bailouts and prop-ups are no longer possible — as Adam Smith himself observed, there’s a lot of ruin in a country — there will be a hard left or hard right political turn, or simply a hard turn away from the present dispensation. If I’m wrong about the comparative crisis timelines, I nonetheless foresee a gradual continuing degeneration of our politics and class balance. The urban administrative overclass will continue to grow in power and wealth, the urban and suburban lower class will become increasingly servile (or else restive), and the old middle class and heartland will be economically sidelined and in many places depopulated. I don’t know why libertarians are not more alarmed by this likelihood, unless they believe they will comfortably be among the administrative overclass themselves. Frankly, looking at the class positions that actual high-profile libertarians occupy — the many who are professors are beneficiaries of government largesse toward the education system, whether they are at state or private institutions — they might indeed be serving their self-interest, if not their advertised values, correctly.

If this America without a middle class is more politically stable than I think it will be, I suspect it will nonetheless face insuperable external challenges. China won’t have to fight a war with us; it will just outgrow us. When the differential of power and economic productivity is great enough, China will determine the strategic and economic environment in which we live. The cultural and religious environment will also be strongly influenced, if not determined, by the growth of Islam, particularly if Islam succeeds in dominating sub-Saharan Africa. Europe will have to deal with that to a greater extent than we will, of course.

I’m not sure that Hayek or Mises are the relevant texts for understanding any of this. Does a libertarian even care whether Islam displaces Christianity or China displaces America, as long as there are no tariffs on steel? You might not have freedom of religion or freedom of speech in the post-Western future, and those cheap consumer goods won’t be so cheap any more, but a libertarian will rest content knowing he fought to import as much foreign-subsidized steel as possible. This is why I consider libertarianism to be every bit as much a suicidal ideology as left-liberalism. In some ways it is even more so, as libertarians are more oblivious than left-liberals to the consequences for themselves of hewing to their ideology.

It seems to me that a healthy polity needs a middle class, and a country that is going to remain economically viable for as a long as possible needs to have a commanding advantage in high-end manufacturing and producing goods that the rest of the world wants to buy. We still have some of these advantages right now, but we’re forsaking them. Our country went from being underdeveloped at its founding to being a techno-industrial powerhouse in the 19th and 20th centuries while employing a great many economic policies that libertarians don’t like. We built the largest middle class the world had ever seen. We may not be able to repeat past performance, but we should not overlook the tools that proved useful before. If they think I’m wrong about that, I would hope that libertarians nonetheless take the diagnosis of the problem seriously and speak up about what their alternative is: that is, an alternative to rebuild the middle class or to show why a middle class is unnecessary and an elite-servant-deadweight tripartite class structure is compatible with modern liberty.

Yet I know I’m asking for blood from a stone. Libertarians take for granted the conditions of the 20th century and don’t imagine anything could ever really change. The New Deal from 80 years ago is still the only threat to worry about. If we just cut taxes and de-regulate hair-braiding, the market will take care of the rest. Only it won’t: the market depends on our civilization and our country as much as or more than they depend on it. A country’s way of life can survive its government’s bankruptcy or an upheaval in the private economy; it can’t survive the global transformation that’s coming if we do nothing. 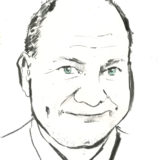