Notes from the epicenter of the American COVID-19 crisis 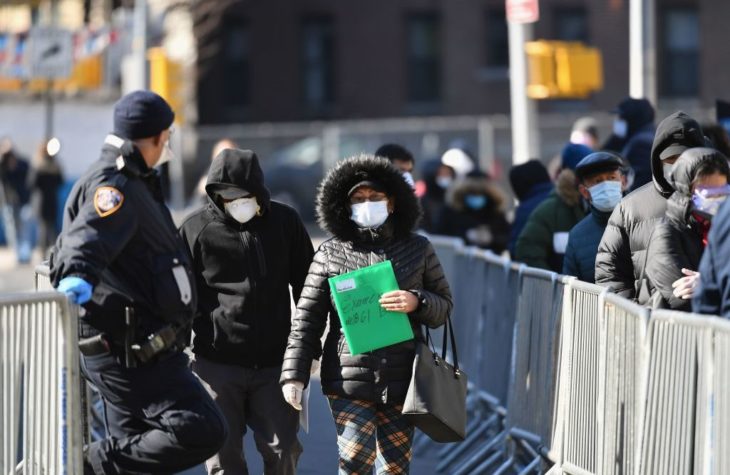 No matter where in the apartment I am, if I sit very still, I hear a siren.

Over the 18 days I’ve spent in quarantine here, they’ve grown more frequent. I worked late yesterday and finished up at about 1:30 this morning. I pulled my headphones out and listened. There was the briefest moment of calm, before I heard the familiar squall. From what I could make out, it sounded like a convoy of ambulances, careering towards the hospital about a mile from me.

Woodhull Medical Center is a block of brutalist concrete planted imposingly at the junction of Broadway and Marcus Garvey Boulevard. A tent outside is my closest COVID-19 testing site. My buddy who used to work as an EMT once told me his colleague treated a stabbing victim whose last words were ‘don’t take me to Woodhull’. An 86-year-old woman died there this week, after being pushed over by an attacker who supposedly accused the old lady of getting ‘in her face’. This incident was picked up by the national media, who claimed the woman was killed in a ‘social distancing-related’ assault. It is not the greatest hospital in the world. At a moment like this, though, people don’t get to be picky.

Relatives from all over the US, as well as back in Britain and Ireland, have been calling to check in, presumably because of the media’s laser-focus on New York as the ‘epicenter’ of the American COVID-19 outbreak. Their experience of the drama is much the same as mine: they are pinned in their residences, panicked by the pictures and videos of field hospitals in Central Park, of USNS Comfort pulling up in the harbor, of makeshift morgues in marquees, of the Empire State Building’s lights flashing like an ambulance (seriously, who in their right mind thought that was an ~inspiring~ thing to do?!).

But really, if you’re fixating on the affluent bits of Manhattan, you’re looking in the wrong place. Even my gradually gentrifying part of Brooklyn could have it worse. It’s further into Queens where things get really rough: the neighborhoods of Elmhurst, Jackson Heights and (ironically) Corona have the highest concentration of cases. One of my oldest friends lives out there. He describes shuttered businesses, restrictions on supermarket capacity and ‘people fighting because of the six-feet rule’.

‘They’re not even bothering the drug dealers on my block,’ he texts. ‘Or the prostitutes.’

Flushing Meadows, home of the US Open, is, like Central Park, about to become a field hospital. This is to handle overspill from Elmhurst, a training hospital usually equipped to handle 15 to 20 critically ill patients. In recent days, they’ve been treating over 100. Thirteen people died with COVID-19 in a 24-hour period last week. Matters have only got worse since.

Out in the further reaches of the borough, there are many more immigrant families, large households living in close quarters. Health insurance is scarcer. My friend informs me that a lot of the undocumented wouldn’t risk a trip to the ER. America may be one of the world’s richest countries, but in a crisis like this, in communities like these, gross national income doesn’t count for much.

That’s not to say things are blissful in the expensive Manhattan hospitals. Name-brand healthcare facilities have got reputations to shield — they are institutions after all — so you may hear fewer horror stories emitting from their hallowed walls.

The tales that do emerge make for grim reading: at NYU Langone, medical professionals have been instructed to ‘think more critically’ about which patients get ventilators. At Mount Sinai West, nurses have been wearing trash bags as personal protective equipment. Finding this stuff out only adds to the powerlessness you’re already feeling about being shut in.

For a depressingly high number of people, New York’s role at the heart of the coronavirus outbreak means flipping to CNN at noon Eastern, closing their eyes and dreaming that Andrew Cuomo is president as they listen to his daily address. When I close my eyes, I hear sirens. I can hear four now. 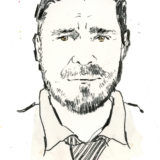 Matt McDonald is the US managing editor of The Spectator.