How to lose the abortion debate

When did ‘safe, legal and rare’ become ‘celebrate your abortion’? 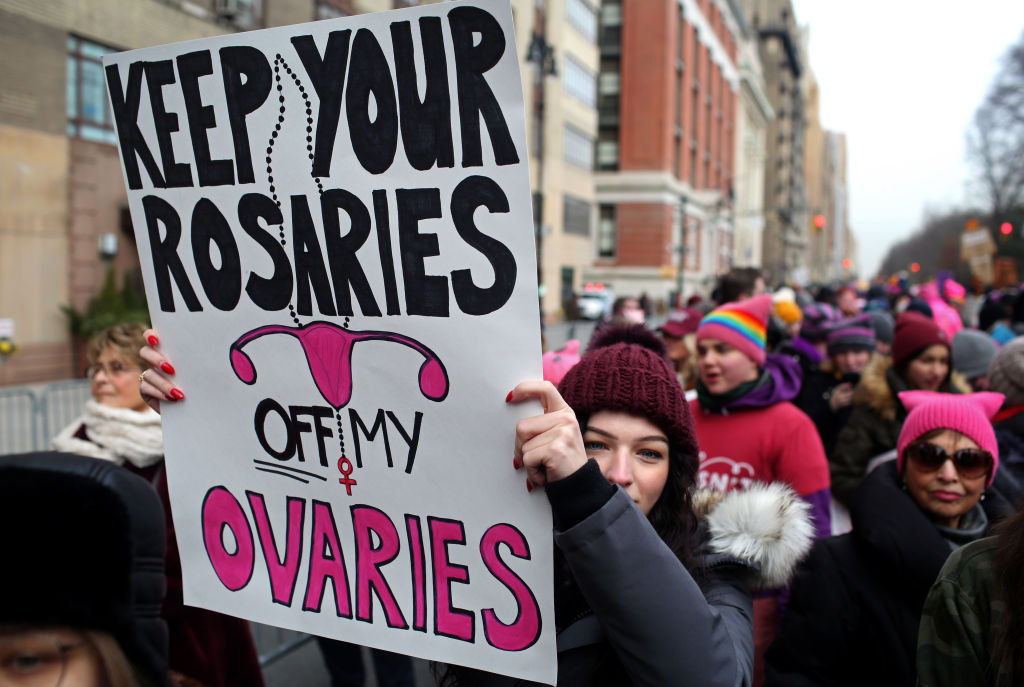 How to lose the abortion debate

The abortion movement is facing a long overdue reckoning — and it’s not the right’s fault. Trump’s anti-abortion assault may be powerful, but it’s not why many pro-choice advocates are now questioning their morality.

Trump’s nomination of Judge Amy Coney Barrett is the culmination of his administration’s four-year attack on the pro-choice camp. Trump is the first sitting president to attend the annual March For Life, sign the Born Alive Executive Order and block Planned Parenthood funds. His bold stand should ignite pro-choice defiance and bolster the pro-choice camp. So why are so many in it doubting their view of abortion?

The problem comes from within the movement itself: the abortion lobby let radical, extreme voices take center-stage. By embracing the ‘celebrate abortion’ and ‘ShoutYourAbortion’ culture, they alienated middle-ground supporters and tipped many over the ideological edge.

This move was compounded by the actions of Democratic leaders, like Govs. Cuomo and Northam, who pushed for third-trimester abortions. The party has failed to fully defend its moral stand. When Gov. Cuomo legalized late-term abortions in New York, the spire at One World Trade Center was lit up pink in triumph. The disconcerting cheers for Cuomo completed the movement’s shift from ‘safe, legal and rare’ to ‘self-centered, disrespectful and loud’.

‘I was horrified when I first heard about celebrate abortion,’ said former pro-choice advocate Kim (not her real name). ‘It troubled me to the core. I kept thinking that yes, I am pro-choice, but abortion and celebration don’t belong in the same sentence. It was just wrong.’

But celebration is de rigueur in a culture where abortion is normal, proud and in your face. On Abortion Providers Appreciation Day, practitioners are celebrated as superheroes and celebrities openly share their abortion experiences with the world, sometimes with a grin on their faces.

Milla Jovovich, Gloria Steinem, Jameela Jamil, Ashley Judd and several others recounted their intimate abortion tales with pride, striving to dismantle the very idea of abortion as a taboo subject. Alyssa Milano told us on her Sorry Not Sorry podcast that she has had two terminations within several months. Miley Cyrus posted a photo of herself licking a cake that read ‘Abortion Is Healthcare’. Actress Michelle Williams used the Golden Globes stage to declare that her win would not have been possible ‘without employing a woman’s right to choose’.

There was Lena Dunham’s statement that she wished she had an abortion, a major New York exhibition titled Abortion is Normal hailing ‘reproductive justice’ as its cause, the film Unpregnant setting to destigmatize abortion, and if you so desired, in Portland a couple of years ago you could have enjoyed a ‘Rocky Roe v. Wade’ abortion-themed ice cream.

On ShoutYourAbortion.com, any woman can share her abortion story without ‘sadness, shame or regret’ There you can also buy a ‘Thank God For Abortion’ necklace or foam finger, an ‘Everyone Knows I Had An Abortion’ t-shirt, or one that reads ‘I Love People Who’ve Had Abortions’.

ShoutYourAbortion proved to be a turning point for pro-choice advocates, many of whom took to social media in protest and disgust. The campaign logo made clear the movement’s unapologetically feminist outlook, featuring co-founder Kimberly Morrison’s unshaved armpit and a ‘fuck the patriarchy’ tattoo.

‘The staunch feminist rhetoric is “destigmatize, normalize and trivialize”, all in the name of female empowerment, but it is not the view of most women’, argues Students for Life spokesperson Kristi S. Hamrick.

‘The abortion lobby in recent years has lost all perspective on how many people see abortion as something sad and something to be avoided,’ she explains. ‘Instead, they want people to “shout their abortion”, as though ending a child’s life is good news.’

Former Planned Parenthood CEO Pamela Maraldo also has doubts about whether the current rhetoric is appropriate. ‘I don’t think labeling having an abortion with pride is necessarily going to resonate with most Americans,’ she told the Atlantic last year. ‘I think the American people, at the end of the day, are mainstream centrists. I think the polarities have taken over. And I think that for a lot of Americans around the dinner table, it’s a problem.’

Democratic candidate Andrew Yang too was troubled by the idea of ‘celebrating an abortion at any point in the pregnancy’, and he recalled a time in the Democratic circles ‘where we used to talk about it being something you don’t like to see but that should be within the freedoms of the woman and the mother to decide.’

The activists that welcomed ShoutYourAbortion were silent when Michelle Wolf made her God Bless Abortion joke. Nor did they comment on the comedian’s assertion that ‘abortion should not be a luxury, it should be on the dollar menu at McDonald’s’. They even kept quiet when the viral TikTok clip of a young woman, dancing at a Planned Parenthood clinic and laughing her way through an abortion, drew worldwide condemnation right across the political board.

‘If you watch this and you are not horrified, you are doing morality wrong whether you are left, right or center,’ wrote Ben Shapiro, as he remembered a time when ‘people on the left at least acknowledged the moral quandaries involved in abortion.’

The viral clip had a notable impact on pro-choice advocates. One comment, in reply to someone doubting the power of a short clip to alter convictions is particularly enlightening.

‘You can be pro-death penalty,’ read the comment, ‘but if you see people cheering on executions its probably going to make you at least rethink your stance. Never underestimate how witnessing degeneracy can change minds.’

The abortion lobby got too wrapped up in progressive hype to reflect on basic human values and its core premise of safe healthcare and compassionate abortion services.

His radio interview detailing the medical procedure was replayed countless times as regular folk and commentators tried to make sense of the proposition.

‘The infant would be delivered,’ said Northam, ‘kept comfortable…and discussion would ensue between the physicians and the mother.’

Northam’s comments sent shockwaves far beyond his home state — as if he was not the moderate he claimed. Kayleigh McEnany’s assertion that he was in fact ‘a radical leftist’ hit home.

Many troubled pro-choice supporters were baffled by the failure of abortion groups to offer a viable explanation.

‘Sometimes there is a temptation to let the absurdity stand on its own,’ said former Planned Parenthood president Dr Leana Wen in a New York Times interview, ‘but we have to recognize that this is a different time.’

The industry’s lack of cohesive ideology helped give rise to a trend of pro-life feminist groups, for whom work and family are the ideal. It also boosted the pro-life generation and shone a light on luminaries such as Candace Owens who strikes a chord when she describes the pro-abortion brainwashing she was subjected to at school. There are many redpilled women like Owens, who grew to recognize and resent the ‘my body my choice’ doctrine. The abortion lobby has done little to acknowledge these trends.

A 2019 New York Times 2019 piece titled ‘How a Divided Left is Losing the Battle on Abortion’ drew many ominous comments. A particularly insightful one came from Sandra in Ohio who argued that it is the ultra-liberal rhetoric coming from political groups that hurts those in more conservative areas.

‘Shout your abortion just doesn’t work here,’ wrote Sandra, ‘nor does “abortion on demand, with no restrictions”. A lot of pro-choice people would not be OK with abortion in the third trimester for non-medical reasons. They are horrified that abortion being “safe, legal, and rare” is no longer endorsed by the Democratic party.

‘Why are the abortion rights proponents losing? We are doing it to ourselves with increasingly more divisive, more extreme rhetoric that alienates more and more people. The big tent is what we need, not to make abortion even more of a wedge issue in American politics.’