Steve Bannon and Viktor Orban snapped together in Hungarian Parliament. 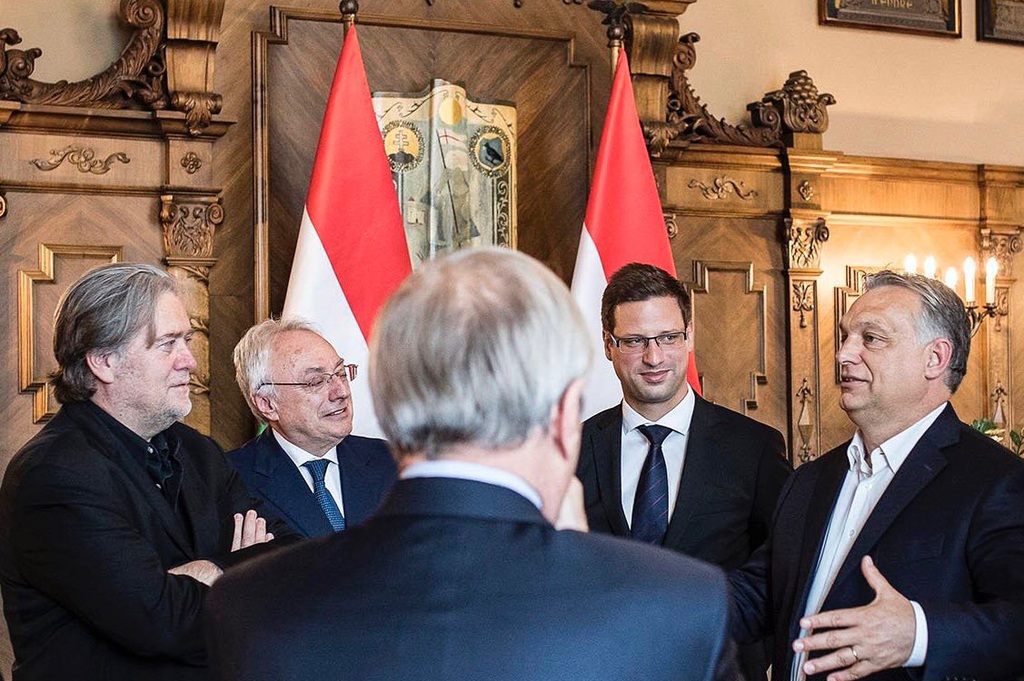 The former Chief Strategist of the White House has been taking star turns on British TV this week news: on Wednesday the BBC gave him 20 minutes on their flagship programme Newsnight, then on Thursday Matt Frei grilled him on Channel 4.

But Bannon isn’t in Britain — he’s in Europe on another whistle-stop global anti-globalism tour. He’s been in Prague and now he’s hanging out with his post-liberal brother Viktor Orban, the Hungarian strongman, in Budapest. Bannon and the Hungarian PM are peas in a populist pod, of course: the honey badger of Economic nationalism and the ‘black sheep’ of Europe — just call them “Orbannon.”

Cockburn has obtained this photograph of Bannon and Orban at the Országház — or Hungarian Parliament Building, if you will. 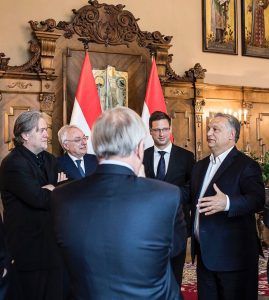 A spokesman for Mr Bannon said: “Steve had a very instructive and interesting meeting with Mr Orban, exchanging ideas about the nationalist movement across the Western world, and Mr Orban’s latest incredible election victory.”

All hail the Viktor! Last night, Frei had challenged Bannon about Orban’s shutting down the free press. To which Bannon replied, “you guys always have to bitch and moan and whine. In the United States, it’s gotta be the big bad Russians came in and stole it. Here it’s about how there wasn’t enough open and frank media, in a world that’s awash with media.” Huna didn’t mention that he’d be seeing Orban in Parliament in a few hours, at least not in the film that Channel 4 aired.