Odd is Scandinavian in origin, Viking if you like 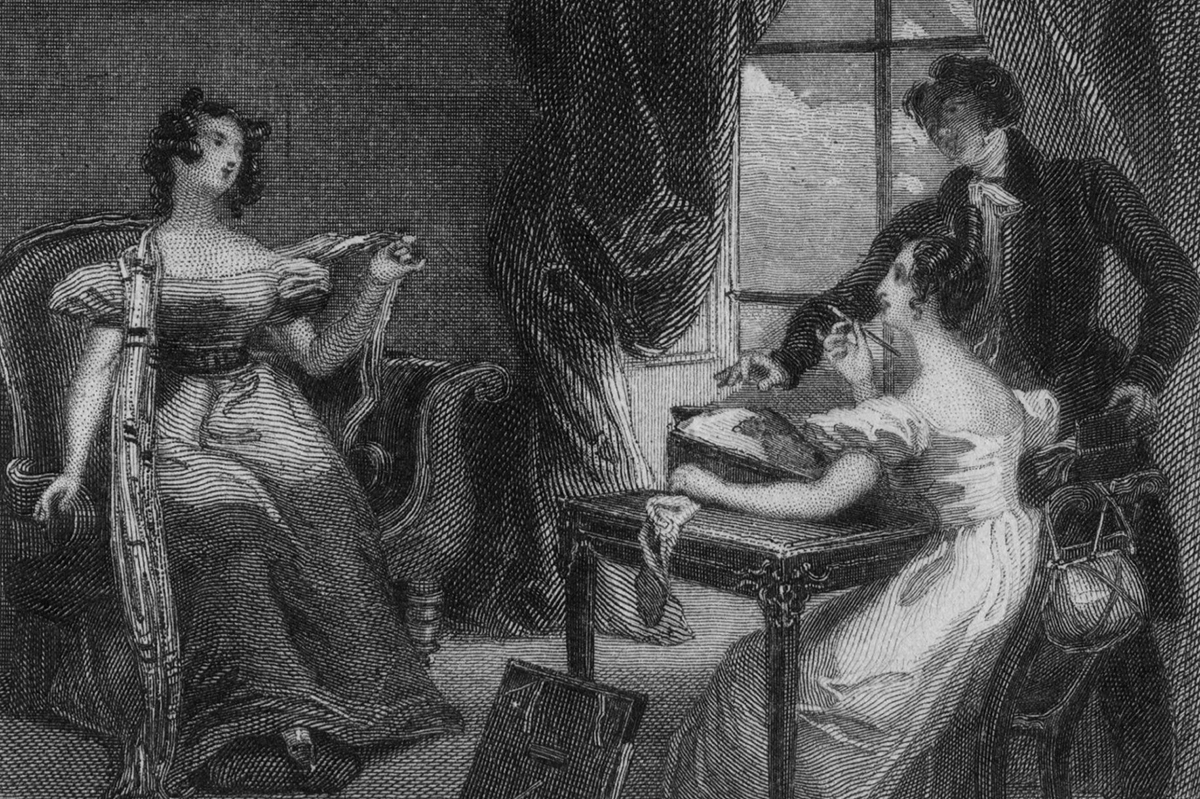 circa 1815: A scene from Jane Austen’s novel ‘Emma’, (1815) illustrated by Pickering. (Photo by Hulton Archive/Getty Images)

‘Is this not the oddest news?’ Harriet Smith exclaims to Emma Woodhouse in Jane Austen’s Emma, on the news that Jane Fairfax and Frank Churchill were to be married. ‘Did you ever hear anything so strange?’ Those two words, strange and odd, are being used almost universally about the quality of the COVID-19 era.

Odd is Scandinavian in origin, Viking if you like. The root idea is of triangularity, as when you have an odd bit of land left over. It’s found in place-names, such as Greenodd, which used to be in Lancashire until, in 1974, it was conquered and swallowed by Cumbria. Such three-cornered oddity is like that of the triangle of land called the Angle (in southern Schleswig, which I believe is German at the moment). This was seen by Angles of England as their old homeland. Its shape resembled a fish-hook, with which one angles. The Romans and Greeks used related words to mean a geometrical angle.

If the Icelanders of the Middle Ages had seen the film The Third Man, they would have called it Odda-Mathr. A third man was both the odd man out and the one who cast the deciding vote. An odd number was odda-tala.

Odd numbers by that name made their appearance in English only in the 14th century. Number was a borrowing from Romance languages. Before that, the English used words like tel and rim (as a teller counts votes or a rhymester lisps in numbers). Odd and number came together in John Trevisa’s translation, in the 1390s, of Bartholomew the Englishman’s encyclopedia, compiled in the previous century, On the Properties of Things.

By the 16th century, students of arithmetic learnt about oddly odd numbers (two odd numbers multiplied). About this time, odd began to be applied to strange people, as when Nicholas Breton, in 1577, complained of living with some ‘odde lobcocke asse’.

Can it be a coincidence that today there is a syndrome called Oppositional Defiant Disorder (ODD)? It is recognized by the Diagnostic and Statistical Manual of Mental Disorders (currently DSM-5). Those suffering from it often lose their temper, are touchy and blame others for their mistakes. Odd, I thought, as I looked up and beheld my husband snoozing in his chair.

This article is in The Spectator’s June 2020 US edition.