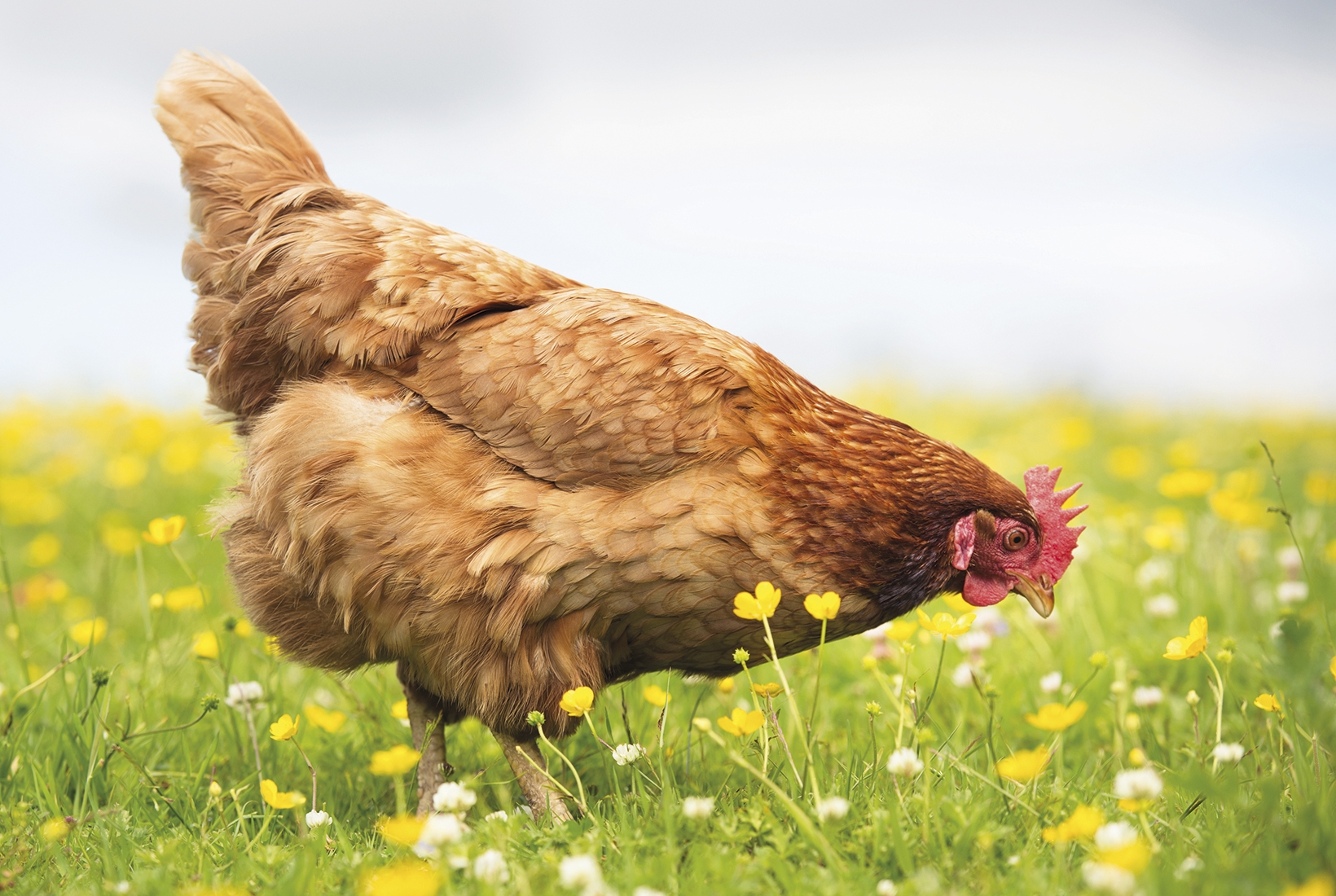 Is there nothing people won’t panic-buy during this crisis? Having stripped shelves of food and toilet paper, shoppers are now turning to chickens. Coop company Omlet reports a 66 percent rise in sales, and breeders have sold out of pullets. The British Hen Welfare Trust, which re-homes caged hens, has stopped taking new customers out of fear that the people bidding for their birds were either planning to eat them or didn’t really know how to look after them.

Keeping chickens does seem like a really good way of avoiding going to the shops. A good layer will give you an egg almost every day at this time of year and having a flock in your back garden will mean you’ll never run out. Your breakfasts will use eggs still warm from the hen’s bottom, so fresh they poach beautifully. The yolks of happy, healthy hens are a rich gold that’s nearly impossible to find in the supermarkets.

I had my own four hens for a few years and I miss them terribly, to the extent that they often flutter through my dreams. I would watch for hours as they scratched around looking for worms and worked their way around their complex social order.

Hens aren’t the brightest of birds, but they learn to associate certain objects with good news. Whenever I appeared carrying a green plastic bowl, they knew I was bringing porridge, and would charge towards me. Once they had the bowl, there was little restraint: the birds would often dunk their entire heads in the food, emerging with gloopy oatmeal on their bright red combs.

The loveliest spectacle was when the hens took a dustbath. This ritual keeps their feathers clean and free of parasites. They would scratch and peck out a hollow in the ground, and then settle their fluffy bodies into it and kick the dirt over themselves. They often took these spa breaks in pairs, lying contently by one another and bathing with a huffle-huffle-thud of feathers and claws working the soil into their plumage. Seeing them this happy made it impossible for me to buy eggs from caged hens, or indeed those kept in ‘barns’ (a misleading name for a massive shed full of thousands of birds wading around in their own feces).

Yet I won’t be rushing to stock my garden with hens again. They need more space than the runs supplied with most commercial coops: these are really just holding pens. And that means you need to surrender a large section of your garden — or the whole thing — to destruction. They will eat everything green, and dig up anything that’s left. Your lawn will turn into a brown, pock-marked moonscape. They are so overjoyed by first light that they make an infernal noise — even if you don’t have a cockerel. And the worst thing was not the foxes sniffing around their secure run but the rats who, attracted by their feed, started to burrow under the coop. Alongside those lovely hazy dreams of my birds, I also have regular nightmares about the squeal of rodents at dusk.

Chicken-keeping would be bliss during lockdown: you’d have all the time in the world to clean out the coop, entertain the birds and make sure they were out of harm’s way. But at some point, our lives will return to normal. Then you might find that, much like the lifetime supply of toilet paper clogging up your house, panic-buying poultry wasn’t quite as smart as it seemed.