Who was the first to benefit from a presidential pardon?

Philip Wigle had been convicted of attacking a tax collector and setting fire to his house, while John Mitchell had robbed the mail 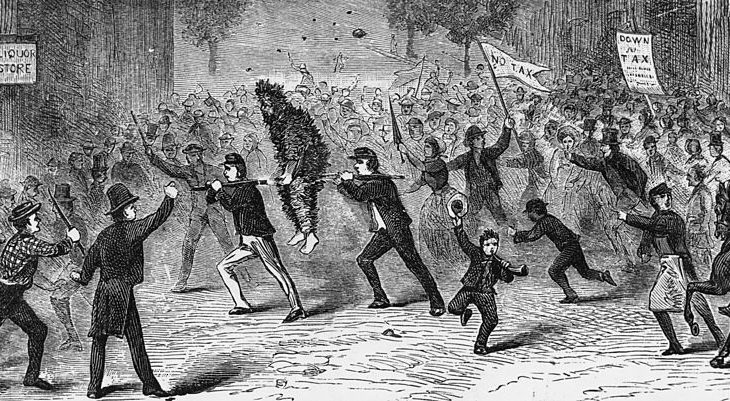 The Whiskey Rebellion of 1794 (Hulton Archive/Getty)

Who was the first to benefit from a presidential pardon?

By The Spectator
https://spectator.us/topic/presidential-pardon-barometer/
copy

Who was first to benefit from a presidential pardon? The right of the president to issue pardons was written into the US Constitution from the beginning, and was first exercised by George Washington in 1795. The beneficiaries were Philip Wigle and John Mitchell, who were among 24 men tried in federal court for treason for their part in the Whiskey Rebellion, a protest lasting from 1791 to 1794 against a federal tax on whiskey. Wigle had been convicted of attacking a tax collector and setting fire to his house, while Mitchell had robbed the mail. Washington pardoned the men with the words ‘the misled have abandoned their errors’. The tax itself was later abolished by Thomas Jefferson.

Which countries have the highest government debt, relative to GDP?

Death us do part

Which countries have the highest life expectancy?

The US is often accused of having the highest carbon emissions in the world. In fact, in terms of emissions per capita it rates as joint 12th out of 206 countries on the World Bank’s list. These are the countries that emit more per annum.