The Russian attempt to swing 2020 for Trump 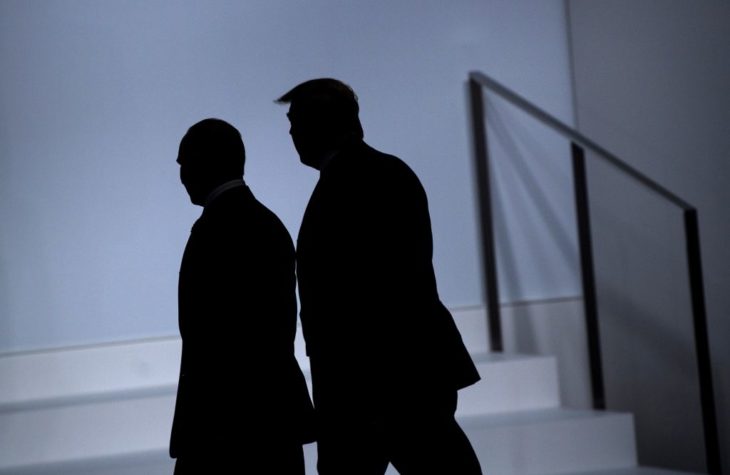 The Russian attempt to swing 2020 for Trump

American intelligence is warning of a concerted effort overseen by Russian president Vladimir Putin to swing next year’s presidential election in favor of Donald Trump.

Reports prepared by the National Security Agency and the Central Intelligence Agency are unequivocal, detailing a two-pronged Russian strategy: sow dissension inside America by manipulating social media and attack the voting process itself.

There is also concern that a new front could be opened in this battle by the use of deepfakes, videos generated using artificial intelligence that recreate the image and voice of anyone, who can be made to say and do anything. The leading Democratic candidate, for example, could be seen to suggest pardoning Patrick Crusius, the man who killed 22 people in El Paso in August. Such fake videos are both easy to make and difficult to detect, and they could undermine any candidate.

Already in the Democratic primaries, trolls have been hard at work influencing the conversation. One fake meme that proved popular, for example, declared that every Democratic candidate had changed his or her name. ‘Democrats are so fraudulent and corrupt that they don’t even use their real names with the American people,’ claimed the meme, which said Cory Booker’s real name is Tony Booger and Bernie Sanders’s is Bernard Gutman.

Another meme attacked Kamala Harris on race grounds, claiming that she has presented herself as both Indian- and African American. Videos have been manipulated to present former vice president Joe Biden as a stumbling and stuttering mental incompetent.

Russian intelligence agencies have completed detailed reconnaissance of the voting process in all 50 states, including mapping the networks involved, assessing their vulnerabilities and deciding how best to penetrate them to interfere with vote counts. Using a technique called SQL Injection, hackers have inserted malicious code into voter databases to steal identities that might be used later to alter votes.

Building on their experience in America’s last presidential election, the Russians have recruited hundreds of trolls to spread disinformation on US social media. The GRU, Russia’s military intelligence arm, is coordinating the attacks in part by using a group called Fancy Bear that was responsible for hacking the Democratic National Committee in 2016. Once inside the DNC, the hackers were able to log keystrokes, take screenshots, build detailed profiles of individuals using the system and steal thousands of pages of documents. Another group involved is the Internet Research Agency, whose innocuous name disguises the actions of hundreds of people targeting America’s democratic process. A third group nicknamed Cozy Bear is run by the SVR, Russia’s foreign intelligence service.

Since 2016, Russian tactics have become more sophisticated, with agents burrowing deep inside both frontline social media companies and more fringe groups to build followings and credibility that will allow for greater magnification of misinformation.

Earlier this month, Facebook removed four networks of Russian troll accounts being used to spread lies across the platform. The accounts were set up by Russia’s Internet Research Agency and drew from the 2016 playbook with stories and images so similar that the work has been nicknamed ‘IRACopyPasta’. In a taste of things to come, the majority of the accounts were set up to sow discord inside America with a focus on gun control, race issues, homosexuality and feminism.

Although the intelligence is specific about how and where the attacks will come, the Trump administration has done nothing to prepare the country. Instead, there are two parallel efforts under way. The first comes from the White House, whose occupant still refuses to admit that Russia worked in any way to help him get elected, and so stonewalling and denial is the first order of business. The second is in the national security community, which sees Russia’s multi-billion-dollar cyber campaign involving thousands of people to be a fundamental threat to American democracy. Contrary to the White House passivity, the intelligence agencies have set up a new group to counter Russian efforts, mobilizing human and technical resources.

In the summer, the White House reorganized its cyber defenses in a way that critics believe seriously undermines the ability of the building to defend itself while Senate leader Mitch McConnell has tried to downplay the intelligence assessments. So steadfast has McConnell been in resisting any efforts to improve election security that he has been dubbed ‘Moscow Mitch’ and called a Russian asset in the heart of the American political system. Stung by the criticism, McConnell has agreed to $250 million in funding for election security, a fraction of what is actually needed.

The American political process has been so poisoned already by the Russian cyber campaign that paranoia abounds. Hillary Clinton, Trump’s rival in the 2016 election, has called Jill Stein, the Green Party candidate in that election, and Tulsi Gabbard, Democratic congresswoman from Hawaii and 2020 candidate, Russian assets. There is no evidence Stein is a Russian asset, but it is clear Russia is using both overt propaganda and covert cyberattacks to advance Gabbard’s influence as a way of splintering the Democrats in advance of 2020.

Russia has been emboldened by the lack of any serious retaliation by America for the 2016 attacks, which involved the deployment of hundreds of Russian intelligence operatives specifically recruited for their fluent English and knowledge of American politics. Those attacks spread disinformation through hundreds of fake Twitter, YouTube and Facebook identities as well as extensive paid advertisements using dummy accounts and companies. On Facebook alone, the Russians created 470 fake accounts.

The unanimous assessment of every branch of US intelligence involved in post-election analysis was that ‘Russian president Vladimir Putin ordered an influence campaign in 2016 aimed at the US presidential election’ whose ‘goals were to undermine public faith in the US democratic process, denigrate Secretary Clinton, and harm her electability and potential presidency.’ The intelligence community said ‘these activities demonstrated a significant escalation in directness, level of activity, and scope of effort compared to previous operations,’ yet Trump has never confronted Putin with the evidence or overtly punished Russia.

Instead, a series of covert attacks by the Pentagon targeted the offices and computers of some of those involved. These attacks were pinpricks compared with the cyber bombs the Russians detonated, and they have done nothing to deter what is expected to be a larger and more effective effort in 2020.

The Russian lesson has been learned by other countries: election interference produces extraordinary value. The cost to Russia of its attacks amounted to no more than the price of one F-35 fighter. US intelligence believes that Iran has advanced plans to use cyberattacks against America in the 2020 election and, if tensions continue to mount, against the power grid and the banking system.

If the government has appeared impotent in the face of the attacks, the social media companies have all devised various methods to undercut attacks, including the installation of automated filters designed to weed out fake accounts and posts. The reality is that as fast as new filters are put in place, the attackers adapt their techniques to stay one step ahead.

In this perpetual game of catch-up, the advantage seems to rest with the attacker as long as there are no real consequences. With the ability to destroy any foreign government network as part of an opening salvo in a shooting war, the American intelligence community has all the weapons it needs to deter Russian attacks but no political support for developing and implementing a deterrence strategy to protect the electoral process.

The more alarmist analysis predicts the 2020 election will be a tight race similar to the Bush-Gore contest of 2000 that came down to a possible Florida recount prevented by the Supreme Court. This time around, it’s possible that Russian interference in favor of Trump could fail but lead to the Democratic candidate winning very narrowly. Trump would likely call foul and blame Democrats’ small margin of victory on illegal immigrants voting several times — something he claimed happened in 2016. If he refused to concede defeat, Russia would achieve a victory anyway, destabilizing America without firing a shot.