Can Shinzo Abe’s COVID bung save him?

The Japanese still view dependence on the state with great suspicion 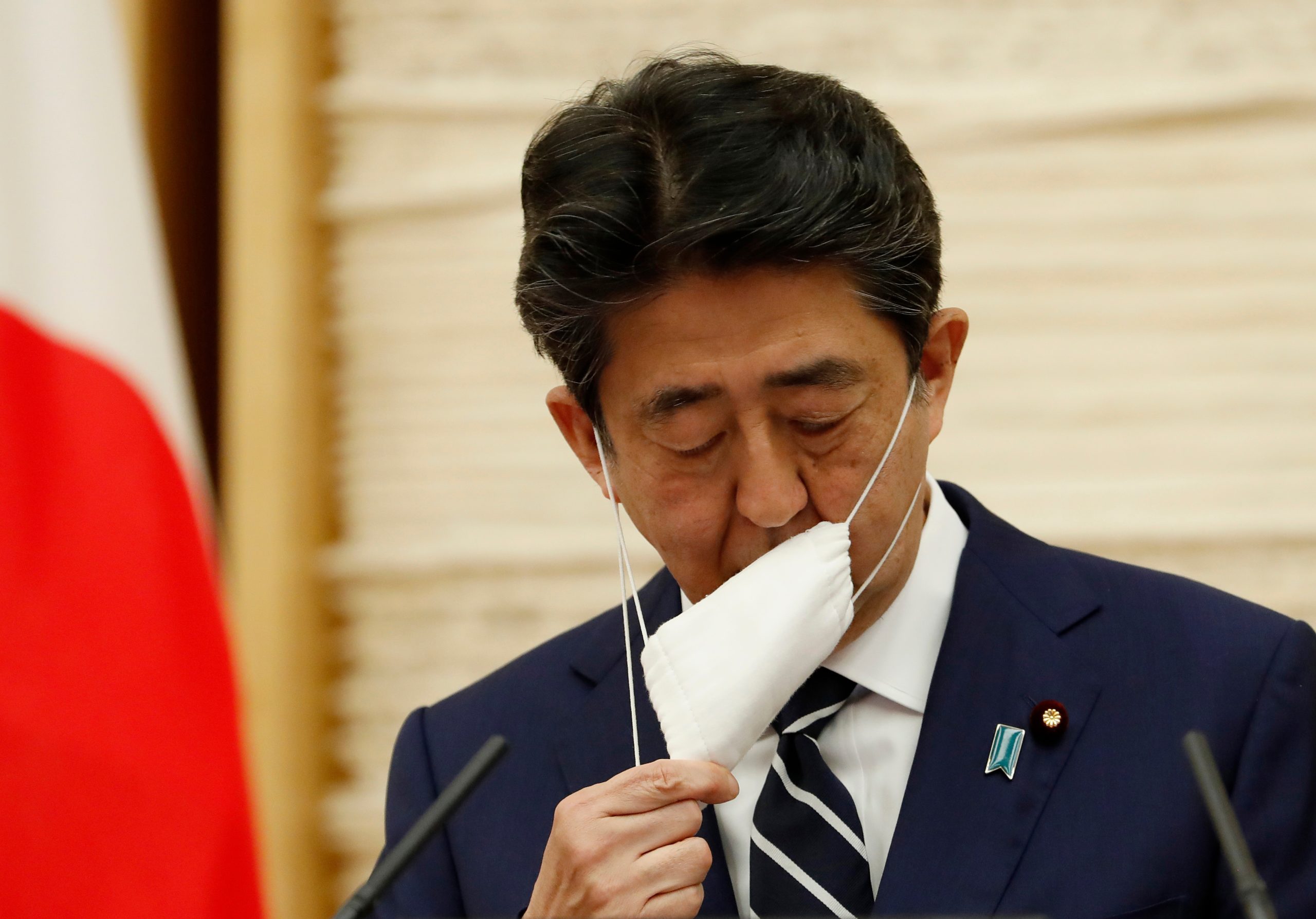 Can Shinzo Abe’s COVID bung save him?

I experienced a novel, if fleeting, sensation last week when I was struck with a powerful urge to vote for Japanese PM Shinzo Abe in the next election, expected within the next 18 months. This warm glow was sparked by Abe’s decision to give every adult resident of Japan a one-off corona ‘compensation’ payment of 100,000 yen ($912).

All we have to do to get the money is fill in a form and send it off. However, the document is curious as it contains an option to refuse the handout if you don’t want it. As confusingly arranged as one of those ‘tick this box if you don’t mind us sharing your details, etc, etc.’ options at the bottom of sign-up forms, it is genuinely easy to make an expensive mistake.

Cynics have suggested this may be a cunning ruse to deceive the careless and doddery to save a bit of cash. But they are probably overthinking it; more likely it’s a response to the lawmakers who have ostentatiously vowed to refuse the money ‘on principal’ — for whom ticking the no ‘thank you’ box will doubtless give them a moment of great satisfaction, and something to boast about come election time.

The payment could easily be seen as a bribe, of course — a desperate plea for approval from a PM whose scandal-wracked administration the public has long grown tired of. The latest furore in an endless sequence has been a Dominic Cummings-esque incident involving the chief public prosecutor Hiromu Kurokawa, who flouted stay-at-home guidelines to play mahjong with journalists — twice. The law lord was close to Abe, and his subsequent resignation a further blow to the embattled PM.

In truth, Abe has few options open to him now. His long-cherished dream of rewriting the constitution looks to have gone, and his foreign policy initiatives with China and North Korea are in deadlock. There’s not a lot that he can do domestically while corona occupies minds and budgets.

So the handout feels like more of the bread and circuses approach that has characterized his administration of late. And with the circus of the 2020 Olympics now gone for at least a year — and perhaps forever — a decent portion of bread is all that remains to get the public on side. Whether it leads to a boost in the polls remains to be seen but it ought at least to prove more popular than his earlier gift of two facemasks, delivered to every household in the country, which proved to be of such poor quality that most people threw them out unused.

But the payment is indicative of more than just the PM’s diminishing room for maneuver. It also neatly illustrates the crucial qualities of the Japanese attitude to welfare.

The Japanese still view dependence on the state with great suspicion. Support for those in need certainly exists but is proffered and received rather grudgingly and deemed very much a stopgap measure to be employed only as a last resort.

If you find yourself unemployed in Japan, you are expected to report to the rather sunnily named ‘Hello Work’ office and register for benefits. These can appear generous, as they are based on a percentage of your previous salary. However, the benefit is paid for a limited period only, at the end of which you get nothing. There are separate arrangements for the disabled, and for the truly desperate there is a subsidiary social benefit system that you can theoretically claim forever, but it is considered so shameful to do so that almost any other option would be preferable.

At the heart of all this is a commitment in Japan to the concept of familialism, the notion that ultimately it is the family’s responsibility to take care of its members.

This explains the preference in companies for married men (believed to be more responsible), and the gastropod pace of the movement towards ‘equality’ for women — Japan ranked 121st out of 153 countries in the World Economic Forum’s 2020 gender gap report.

Of the latter, despite early, much-trumpeted but in fact rather feeble, attempts by the Abe administration to reengineer society and get more women working, the Japanese still cling to the idea that a women staying at home, taking care of the children and cooking healthy nourishing meals for the family is rather more important for society than impressive gender parity figures to present to the equalities commissars.

This, of course, leads to howls of protest from outside, and occasionally inside observers, who like to portray Japan as a backward patriarchal holdout against progress where women toil in unpaid domestic servitude and all power resides with their salaried husbands.

Wiser observers, and those that have actually lived there, might point out that it all depends on your definition of power. The percentage of household income controlled by women in Japan is one of the highest in the world, and many housewives still give their husbands (known as ‘pocket money men’) a daily, and often very meagre, allowance.

Abe’s 100,000 yen will be distributed to every tax-paying adult in Japan regardless of gender, but, in most households, there won’t be much doubt about who gets to spend it.