Spain faces a political reckoning after its coronavirus crisis

As the death toll mounts, Pedro Sánchez’s handling of the crisis has brought bitter protests 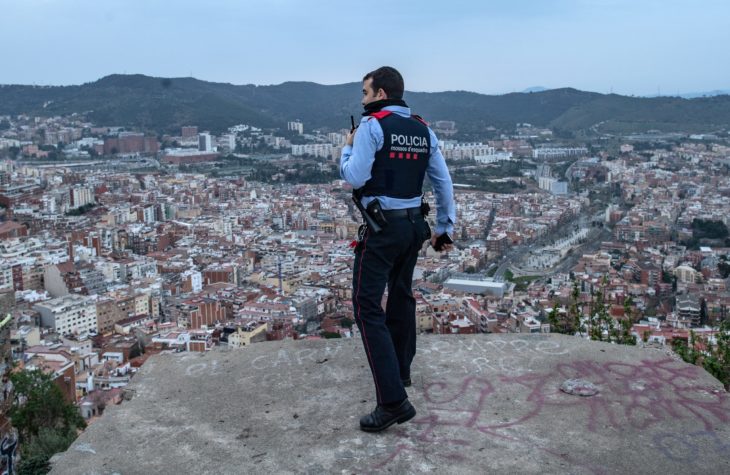 Spain faces a political reckoning after its coronavirus crisis

Here in Spain we have proper lockdown. We’re not ‘allowed out once a day for exercise’ over here. ‘You Brits don’t get it,’ my neighbor chuckled over the wall. ‘You’re teetotalers — apart from a glass of whisky every day,’ he continued. ‘You say, “Brexit means Brexit”. Well, lockdown means lockdown!’

But even though we have ‘proper’ lockdown, he and I can’t complain. We live in Avila in central Spain. From our houses we have beautiful views of the town’s medieval walls and ancient cathedral, and beyond to the snow-capped mountains. Most Spaniards live in flats but we have gardens and patios. I step out every now and then to sniff the lavender and sage to check that the loss-of-smell symptom hasn’t suddenly set in (all good so far, thanks).

Besides, we are permitted out for essential shopping. I’ve just walked into town for my first trip to the supermarket since lockdown started on March 14. On the way home I was stopped by the police who wanted to be sure my sortie was justified. Shortly after they’d waved me on my way, I spotted a coin lying on the pavement and then, a few hundred yards further on, a second. And no, I didn’t pick them up. The times they are a-changing.

I was shopping for myself because my wife, a doctor in general practice, is staying near her surgery 70 kilometers (44 miles) away across the meseta in ‘España vaciada’ (emptied Spain), so called because of the declining population. One village in her practice has only eight inhabitants for most of the year, briefly swelling to a few dozen in the summer. We rent the house she’s staying in for €50 ($55) a month. There are villages in this part of Spain where you can buy a decent three-bedroomed home for €4,000 ($4,400).

Far from the city, she has just one case of coronavirus to deal with at the moment. A nurse in an old people’s home has tested positive, so she, her husband and their children are self-isolating. To the husband’s fury some of the villagers are using social media to stigmatize the family: ‘When this is all over they’ll be getting a piece of my mind,’ he said.

In fact there’s a growing sense that when this is all over the reckoning will not be confined to that village. Television has shown huge numbers of citizens appearing on their balconies at times coordinated on social media for ‘una cacerolada’ (a great banging of saucepans) demanding that King Felipe’s father, Juan Carlos I, who abdicated in 2014, donate to the public healthcare system €100 million ($110 million) that he is alleged to hold in an off-shore account.

Another score to be settled when the crisis ends concerns Spain’s sudden surge in coronavirus cases which came soon after Irene Montero, minister for equality, encouraged the huge International Women’s Day march in Madrid on March 8. The main opposition party, the Partido Popular, has lost little time in making political capital out of that blunder. It’s not clear how much scrutiny Montero’s defense (that no one told her that holding the march was unwise) will stand. Montero, who’s 32, is the mother of three young children as a result of her relationship with deputy prime minister Pablo Iglesias, leader of Podemos, the junior partner in the fragile coalition government. Calls for her resignation could cause a political storm.

Meanwhile as the death toll mounts, Prime Minister Pedro Sánchez’s handling of the crisis has brought bitter protests from politicians in the Catalonian, Murcian and Madrid autonomies whose functions have been largely usurped since the national government assumed emergency powers. Significantly, too, national television, usually unquestioningly in favor of the European Union, is giving extensive and decidedly critical coverage to the reluctance of the northern states to support the idea of corona-bonds to bankroll healthcare spending and post-crisis reconstruction.

As I write there are the first timid suggestions that soon the worst of the coronavirus crisis might be over in Spain. If so, that brings the day of political reckoning closer.