What was the real point of the Mueller investigation? 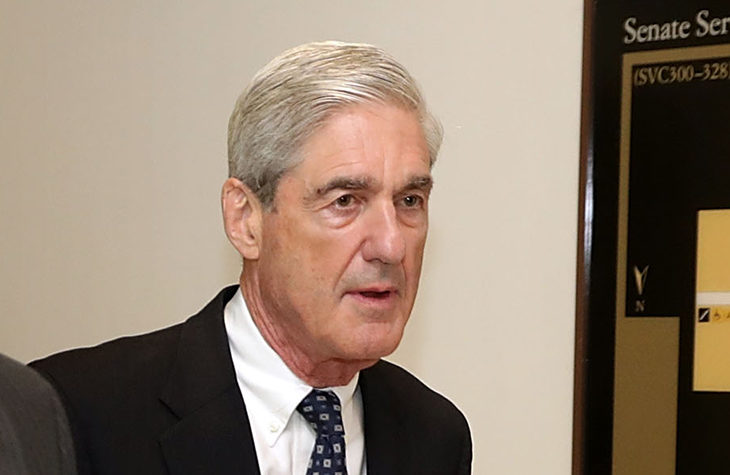 WASHINGTON, DC – JUNE 21: Former FBI Director Robert Mueller (R) leaves a meeting with senators at the U.S. Capitol June 21, 2017 in Washington, DC. Special Counsel overseeing the investigation into Russian interference in the 2016 presidential elections, Mueller was on Captiol Hill to meet with members of the Senate Judiciary Committee. (Photo by Chip Somodevilla/Getty Images)

What was the real point of the Mueller investigation?

In making his recommendation, Special Counsel Robert S. Mueller III cited Gen. Flynn’s ‘substantial assistance’ in the long-running soap opera that is his campaign against the president of the United States. The centerpiece of that ‘special assistance’ are the 19 interviews with the Office of Special Counsel Robert S. Mueller III for which Gen. Flynn sat.

But what was the original sin here? Why was Gen. Flynn targeted in the first place?

The real answer is twofold. First, former President Obama and his national security team had a special dislike for Mike Flynn. He put America first. He was not one of them. Second, Gen. Flynn, as Donald Trump’s national security adviser, was a convenient proxy for the President. Damaging Flynn would damage the President. Damaging Flynn would also send a message to other people thinking about joining the President’s team. Flynn was forced from his office just weeks after Donald Trump was inaugurated. The atmosphere in Washington was acrid with shock bordering on panic. The impossible had just happened. Donald Trump had been elected. But would anyone who was anyone actually work for the administration? Destroying so emblematic a figure as Gen. Flynn, a conspicuous patriot, would also send a message to others contemplating joining the administration: Here Be Monsters, though as it turned out the monsters were not in the President’s entourage but rather in the office of Special Counsel Robert S. Mueller III, the FBI, the Department of Justice, and the media industrial complex.

Those are the real reasons Gen. Flynn was targeted. The supposed answer, however, was that he lied to the FBI about a phone call he had with Russian Ambassador Sergey Kislyak before Trump’s inauguration. Problem: the two FBI agents who interviewed him did not think he was lying. But Flynn pleaded guilty to just that. Why? Again, it’s the process-being-the-punishment issue. The heavy hand of Special Counsel Robert S. Mueller III had essentially bankrupted Flynn with legal fees and here was the DOJ dangling the possibility of prosecuting him for violating the Logan Act, a never-enforced 18th-century law that criminalizes negotiations between unauthorized persons and a foreign government. As Byron York noted earlier this year, to many observers, ‘it appears the Justice Department used a never-enforced law and a convoluted theory as a pretext to question Flynn — and then, when FBI questioners came away believing Flynn had not lied to them, forged ahead with a false-statements prosecution anyway.’ That’s about the size of it. Which is why, as York concluded, ‘the Flynn matter is at the very heart of the Trump-Russia affair, and there is still a lot to learn about it.’

That was in February 2018, and we still haver a lot to learn about it. Among other things, it would be interesting to know who leaked the contents of Flynn’s conversation with Ambassador Kislyak to David Ignatius, who wrote it up for The Washington Post. As the commentator Nick Short points out, ‘someone from the Obama admin committed a felony by leaking the contents of Flynn’s intercepted communications to David Ignatius of the WaPo on Jan. 12, 2107. This kickstarted the “Logan Act” narrative which was pushed by Sally Yates to go after Flynn. Who was the leaker?’

That, of course, is not the sort of question that Special Counsel Robert S. Mueller III is interested in asking, just as he is not interested in challenging the veracity of James Comey or John ‘I-voted-for-the-Communist-Gus-Hall-and-still-became-Director-of-the-CIA’ Brennan or James Clapper.

In the topsy-turvy deep-state world of Special Counsel Robert S. Mueller III, Animal Farm is the order of the day: All liars are equal before the law, but some are more equal than others.

Reports that Special Counsel Robert S. Mueller III will be finishing his report soon have been circulating for weeks. But even the Left is bracing itself for disappointment. It’s not even clear what portions of the report will be made public and it has been obvious for many months — actually, it has been obvious from the beginning of the Russia collusion witch hunt — that this was an investigation in search of a crime rather than an investigation of a suspected crime. Two years and a reported $40 million later, Special Counsel Robert S. Mueller III has managed to destroy the lives of several people in Trump’s orbit and nail Paul Manafort on financial hanky-panky from more than a decade ago. Special Counsel Robert S. Mueller III had Manafort tossed into solitary confinement and then periodically dragged him out to ask whether he didn’t remember anything incriminating about Trump. When he said no, it was back to solitary to see if his memory improved.

This week’s hysterical twist — in both senses of ‘hysterical’ — revolved around the admission by former Trump lawyer Michael Cohen that he lied to Congress when he said Trump had stopped trying to do a real estate deal in Russia in January 2016: actually it was June 2016. The NeverTrump-Anti-Trump consortium went nuts over that revelation, wheeling out for the hundredth time the gleeful ‘beginning-of-the-end’ meme that now, at last, Trump is finished. We’ve seen that show before, and it’s a hoot. As Mollie Hemingway noted a few days ago, ‘The NeverTrump movement has gone from pushing allegations that Donald Trump treasonously colluded with Russia to steal the 2016 presidential election from its rightful owner Hillary Clinton, to pretending that his attempts at business deals in Russia, which were legal and the subject of widespread reporting during the election, are evidence of unspecified crimes.’ Yep. The shocking news was that Donald Trump, a real estate developer, was busy developing real estate. I think the world knew that. And yet, as Hemingway writes, ‘various pundits took information that had been public for years, threw some fresh wrapping paper onto it, and claimed that this public information, which clearly wasn’t evidence of treasonous collusion with the Russian government to steal an election from Hillary Clinton when it was initially reported, became new bombshell evidence because they finally managed to hear about it, despite touting themselves as experts on the matter since 2016.’

Someday, I suppose, we’ll learn the truth about this sorry, expensive, corrupt effort to unseat a lawfully elected President of the United States. In the meantime, Special Counsel Robert S. Mueller III and his platoon of anti-Trump prosecutors will continue to provide the media with our version of panis et circenses: not gladiatorial combats, exactly, but a modern-day version of blood sport nevertheless. 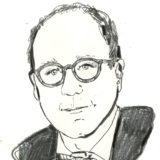