Is it unsafe to fly in a helicopter?

Even if the main rotor on a helicopter fails, it will usually continue to turn and can be landed safely by a skillful pilot 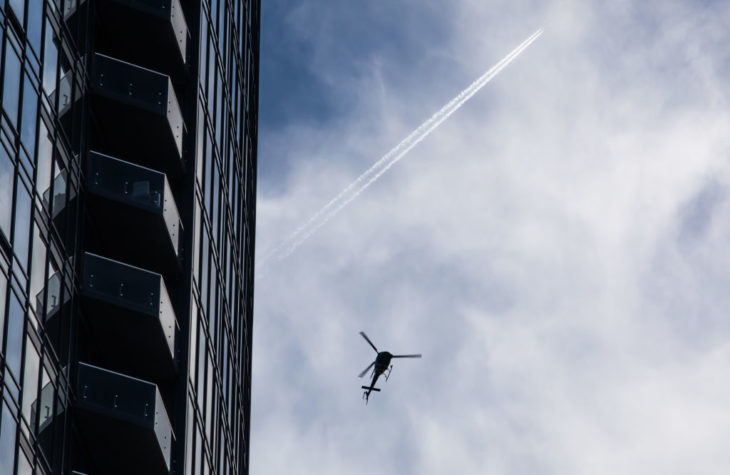 Is it unsafe to fly in a helicopter?

After the helicopter crash that killed basketball star Kobe Bryant, his daughter and seven others, there has been a rash of speculation on social media that helicopters are inherently unsafe to fly.

Perhaps the most extreme example is British businessman, Lord Alan Sugar, an experienced pilot, who says he will no longer fly in helicopters because they defy physics. He should know better.

After a number of high-profile accidents, it might seem that helicopters have a poor safety record. In 2018, five people died when a helicopter giving a sightseeing tour of New York City crashed into the Hudson river. In the past two years there have been other deaths in Hawaii, the Grand Canyon and Manhattan. In 2018, Vichai Srivaddhanaprabha, the chairman of Leicester City football club was killed when his helicopter crashed. In 2007, Colin McRae, a World Champion rally driver, was killed along with his five-year-old son and two friends after he was taking them for a dangerous, low-level thrill ride.

Given the number of celebrities who own or fly in helicopters, it is inevitable that any incident receives maximum publicity which further fuels the idea that the aircraft are unsafe. In 2012, the pilot of Sir Paul McCartney’s helicopter nearly crashed in bad weather as he came in to land at the singer’s Sussex estate.

This combination of the high-profile people who fly in them and the exceptional demands made on the pilots by their powerful and egotistical passengers may create the perfect storm of increased vulnerability combined with guaranteed saturation coverage, even after a near miss event like McCartney’s.

The accident investigation may reveal just why Kobe Bryant chose to fly in what were clearly dangerous conditions which had grounded both police and ambulance aircraft. The inquiry may also reveal why air traffic controllers allowed the civilian pilot to fly when other helicopters were grounded.

The Federal Aviation Administration had recommended that all helicopters carrying more than six passengers — as Bryant’s was that day — should be fitted with terrain avoidance radar to give both visual and audible warnings if a helicopter is too low. However, the FAA failed to enforce the recommendations and Bryant’s helicopter had no such warning system.

Instead, it’s clear that the pilot, 50-year-old Ara Sobayan, who had more than 8,000 hours flying helicopters, became disoriented in the fog. Sobayan had received permission to fly by sight in the fog, an unusual permission given that every pilot knows how difficult it is to maintain height and direction without clear visibility to the ground. After making a series of rapid maneuvers away from his flight path, the pilot flew up a valley, then dropped 500 feet in 15 seconds to crash into the ground, around 15 feet below the crest of a hill 30 miles west of Los Angeles.

The investigation now underway will be hampered by the lack of a black box which records all the flight details. The National Transportation Safety Board has been arguing for more than a decade that all helicopters should be fitted with black boxes but, once again, the FAA have failed to follow through.

Despite the headlines, helicopter transport is safer than fixed wing flying and the accident rate has been declining fairly consistently in recent years, even as the number of helicopters flying has increased.

According to the United States Helicopter Safety Team, there are 12,000 helicopters registered in the US and the raw statistics tell a reassuring story: for every 100,000 hours of flying, private aircraft crashed 6.3 times while helicopters had 5.29 crashes. The commercial aircraft numbers are even better: 2.97 accidents for commercial fixed wing and 2.28 for commercial helicopters. And the numbers have improved steadily over time with total helicopter accidents worldwide falling by 32 percent between 2013 and 2017 and fatalities reduced by 44 percent over the same period.

But these numbers don’t tell the full story. Helicopters routinely fly much shorter journeys — and many more of them — than fixed wing aircraft, with the highest accident risk occurring on take off and landing. For example, helicopters fly around 800,000 flights over the Grand Canyon each year and accidents are rare.

In the wake of the Kobe Bryant crash, there was a suggestion that passengers should be equipped with parachutes. This shows a lack of understanding about how helicopters are used and their vulnerability in an accident. First, most helicopters fly below the height at which it would be safe to parachute and then most passengers wouldn’t know how to either pull the ripcord or to land safely.

By contrast, even if the main rotor on a helicopter fails, it will usually continue to turn and can be landed safely by a skillful pilot. By far the majority of helicopter accidents occur not as a result of mechanical failure but because of misjudgments by the pilot.

If that is not sufficiently reassuring, it’s worth bearing in mind these car statistics: six million deaths each year, three million injured and two million people suffer permanent injuries.