How the vaccine is affecting England’s pandemic

Our model shows England’s R-rate at the exceptionally low level of 0.5, lower than it was even in July 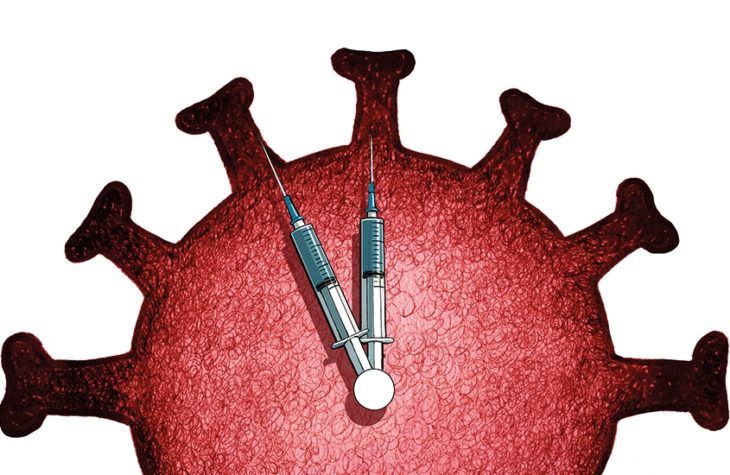 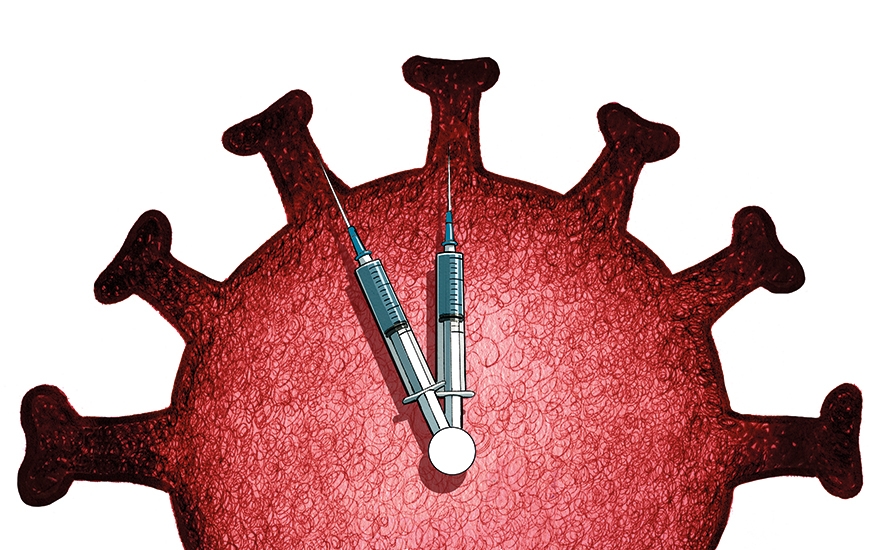 How the vaccine is affecting England’s pandemic

England’s population immunity to coronavirus now stands at almost 39 percent — a rise of 25 percent since Christmas. The effects of the vaccination campaign are beginning to show. This is the latest finding of the PCCF model developed at Bristol University, and its results offer important insights into how much progress is being made. Immunity can take four forms, not all of which are officially recorded:

The difficulty in measuring the above has been a constraint in the COVID debate. Only a small fraction of actual cases have been measured in a COVID test. But the PCCF model looks at it the other way round. We take official figures for newly reported cases, together with ONS estimates of ongoing infections in England, look at the trajectory and work out the discrepancy. It can be explained by immunity. This way, we can measure the proportion of immune people in the population — the PCCF tells us that about 22 percent will be protected by now through having fought off the disease.

This week’s finding that a single dose of the Oxford-AstraZeneca vaccine reduces transmission by 67 percent has now been incorporated into the PCCF model, allowing the early benefits of the vaccine rollout to be assessed. The vaccination program started slowly, with just 40,000 injections a day given in early December — but it has been scaled up massively since, to the point where more than 360,000 people in England are now getting their first jab every day, including Sundays. As you can see from the below chart, vaccination is currently contributing about 3.5 percent of the 39 percent immunity, and its contribution is growing fast.

The next chart shows the PCCF measurement of the R-rate, the theoretical number of people the average infected person would go on to infect. The other estimates (from the ONS, Sage and Imperial College London’s React study) take longer to arrive: our model allows far more rapid estimates and it has proven strikingly consistent with the official estimates.

Our model shows England’s R-rate at the exceptionally low level of 0.5, lower than it was even in July. So, while the increasingly prevalent Kent or B117 variant has undoubtedly pushed cases higher, it appears to have been successfully curbed by the restrictions. So active infections are coming down almost as quickly as they went up in December.

The headline figure of cases by date reported is a leading indicator of how the disease is progressing and it is now widely accepted that new daily cases are falling. The dramatic extent of the fall, however, us not widely recognized, as it has been disguised by the enormous rise in testing that has developed over the last month, with daily tests roughly doubling between the beginning of January and now.

The current restrictions seem to be reducing both new cases and active infections in the community faster than in the last lockdown in November and the population’s immunity has also risen substantially in the past months. The vaccination program is set to drive immunity much higher still.

But even with these clear pluses, careful monitoring of the R-rate will still be needed as restrictions are reduced. The big question will be the cost of unlocking, and whether it will send virus levels soaring again. That’s why the Bristol PCCF model, a far quicker method of estimating the R number, can be useful. Measurements need to be continuous and quick if we want to safely see an early exit to restrictions, a policy that is needed to limit the health, social and economic damage that a prolonged lockdown causes.