Yaniv’s case is lost…now can we discuss the problems with gender identity ideology? 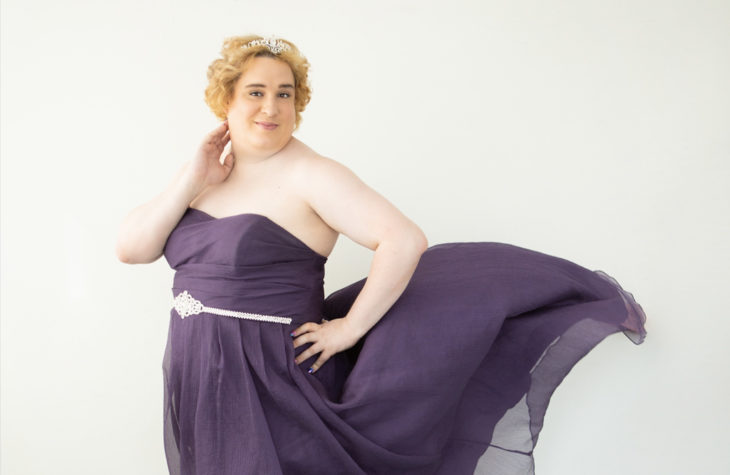 Yaniv’s case is lost…now can we discuss the problems with gender identity ideology?

Whoops! Turns out men are not women after all. Over a year after a man then-named Jonathan Yaniv filed multiple complaints against British Columbia estheticians who declined to wax his balls, the B.C. Human Rights Tribunal has ruled against the now-named ‘Jessica.’ Back in August 2018, Yaniv told Canadian media he had been discriminated against based on ‘gender identity.’ In reality, the female estheticians he approached simply didn’t feel comfortable touching a man’s genitals. At the time, reporters kindly protected Yaniv’s anonymity, referring to him as ‘JY’, on account of a publication ban issued by Devyn Cousineau, member for the British Columbia Human Rights Tribunal, who cited Yaniv’s ‘vulnerability as a transgender woman and the threats and harassment she is almost certain to endure if her identity is published in connection with these complaints.’ (The ban was lifted in July, as Yaniv was so thrilled with himself that he had been tweeting publicly about his complaints, under his own name, already.)

What has been revealed since, many times over, is that no one but Yaniv is, in these particular circumstances, guilty of harassment. Indeed, it is the women he attempted to extort money from, by abusing the tribunal system and human rights law, who have felt afraid, bullied, and preyed upon by a man claiming to be a woman. The Justice Centre for Constitutional Freedoms, which represented five of the women Yaniv filed complaints about, notes that, in fact, he ‘filed 15 complaints against various estheticians in the Vancouver area seeking as much as $15,000 in damages against each esthetician.’ These women lost sleep, income, their mental health, and, in some cases, their businesses, as a result of this. In her ruling, issued on Monday, Cousineau writes: ‘[Yaniv’s] improper conduct has taken multiple forms and impacted a number of complaints. She has hurt the Respondents by filing these complaints for improper purposes. Her conduct has had a significant impact on the Tribunal’s process, taking up a lot of its scarce time and resources. Ms Yaniv deliberately sought to weaponize the Tribunal for financial gain and to punish individuals and groups.’Cousineau also specified that the women Yaniv targeted worked out of their homes, and that ‘most of them presented as racialized, with English not their first language.’ She determined, as a result, that Yaniv ‘intentionally targeted small businesses for personal financial gain and/or to punish certain ethnic groups which she perceives as hostile to the rights of LGBTQ+ people.’ In other words, he took trans activist bullying strategies and attempted to use them for his own gain. To be clear, when I say ‘trans activist bullying strategies,’ I am not necessarily referring to people who identify as transgender. I am talking about the modern trend of bludgeoning anyone who does not believe in the kind of magic that turns a man into a woman by adding ‘Pronouns: she/her/hers’ to one’s Twitter bio. Yaniv was well aware that the ideology of gender identity determines that one cannot question the declared sex of any individual; meaning that if a man requests a Brazilian bikini wax as a ‘transgender woman’, we are obliged to repeat the words  ‘transwomen are women’ and spin around three times before Bloody Mary appears in a mirror to scratch our eyes out or award us 10 Facebook likes. While Cousineau and Canadian media have continued to play Yaniv’s game, referring to him as ‘Ms’, ‘her’, ‘she’, and ‘a transgender woman’, the ruling says Yaniv essentially deployed his claims of womanhood in order to accuse these estheticians of discrimination, with the hope of financial gain. Cousineau writes: ‘Ms Yaniv deliberately manufactured the conditions for each of her complaints by ensuring that the denial of service was captured in writing or, in the case of Merle Norman, recorded. She persisted in her communications until she had secured evidence that the denial was connected to her gender identity. In many cases, she used deception to achieve this end…Ms Yaniv was not genuinely seeking waxing services from these Respondents but rather setting the stage for a human rights complaint and the anticipated financial settlement that she hoped would follow.’What to do, what to do? I mean, it’s not as though women have been expressing concerns about the results and repercussions of gender identity ideology and legislation for years now… It’s not as though any of us have saidbefore, ‘What is the difference between a man and a transwoman?’ and been crucified as a result… It’s not as though any of us have been banned from the most important social media platform for writers and journalists to share reporting, facts, and their work, as well as to communicate with their audience, for referring to a male then-named Jonathan Yaniv as ‘he’. Certainly it’s not as though these imagined-but-literal-Nazis-who-deserve-to-die-in-a-fire have been libeledacross the world as a direct result of said ban. (It seems the immemorial message of our prophets, Salt-N-Pepa, has been misinterpreted by the rabid and righteous masses as, ‘There’s only one true judge, and that’s Jack; so chill and let my CEO do his job.’)Look, guys, I’m not bitter. It’s just that this is the biggest joke of the century and you’re all playing along like a bunch of Very Concerned Face zombies. The crux of the matter is this: gender identity ideology and legislation explicitly say that any person can declare themselves to be the opposite sex, and we must all accept this as true. This means that someone like Yaniv is, theoretically, within his rights to demand he be accepted as female when requesting waxing services. If it is ‘illegal’ to say that men are not women, even if those men say they are women, then women do not have the right to say, ‘Actually, we do not handle scrotums in this waxing salon.’ Or, ‘No, I would prefer that myself and my daughter not have to shower next to you in this changing room, you creep.’ Certainly, we are not permitted to speak of predatory, exploitative, abusive men on social media platforms as such, so long as they change their pronouns.While many insist it is a matter of respect to refer to men as ‘she’ if they identify as women, I feel this opens us up to a whole host of problems, problems that I have railed on about for some time, and have been baffled by the vicious response. Yaniv is a man. He has always been a man. And there is no reason we should pretend differently. Unless, of course, you believe those estheticians should have either handled his package or coughed up a couple of thousand dollars as punishment for their blasphemy. Now give me back my Twitter account, you embarrassing nitwits. Meghan Murphy is a writer in Vancouver, BC. Her website is Feminist Current.