After 1990, the German public became rather critical of the American military presence 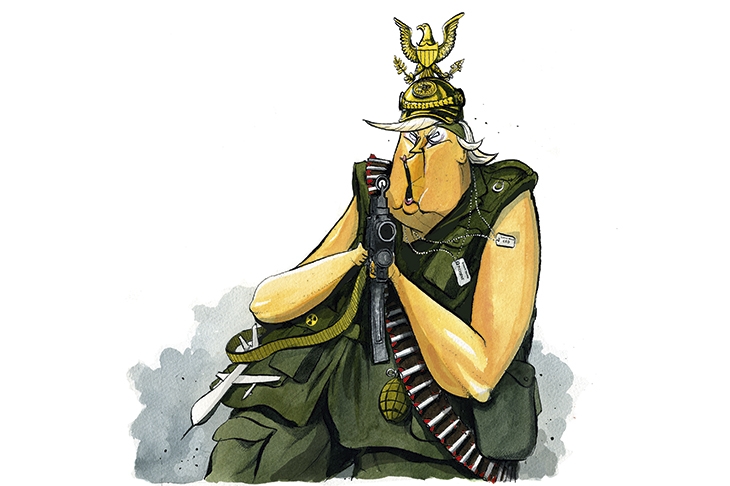 The Pentagon will fulfill President Trump’s demand to move almost 12,000 US troops out of Germany. About 6,400 forces will be brought home and 5,400 shifted to other countries in Europe. While Pentagon officials claim the action is part of a plan to strategically ‘reposition’ forces in Europe, the move is widely seen as an attempt by Donald Trump to punish Germany for its supposed failure to spend more on defense.

Trump announced last month that he wanted to cut the number of active duty US troops in Germany from roughly 36,000 to slightly more than 24,000. His comments indicated that the move was tied more directly to his anger over Germany’s failure to meet Nato defense spending goals. Germany has not complied with the goal set in 2014 for members to halt budget cuts and move toward spending at least 2 percent of gross domestic product on defense by 2024.

But Washington’s troop withdrawal might do more damage to its own interests than to Germany’s. The US army’s European contingent is headquartered in Wiesbaden; the headquarters of the US Africa Command is located in Stuttgart; and the Ramstein airbase in western Germany is a highly important logistics staging post for any operation in the Middle East or Afghanistan.

Earlier this year, the US made headlines with a massive transatlantic military exercise that involved over 20,000 troops and 20,000 pieces of equipment being shipped to Germany before moving on to Poland, Latvia, Lithuania and Estonia, making it the largest US troop movement across the Atlantic in 25 years. Such operations, particularly in the Baltic States, are seen as part of the psychological battle with Russia, which has deployed around 400,000 troops in its western military district. But an exercise like that is for nothing if Washington now withdraws thousands of its forces from Germany.

Members of Trump’s own political party have criticized the troop removal as a gift to Russia and a threat to US national security. Twenty-two Republicans on the House Armed Services Committee sent a letter to Trump saying that a reduced US commitment to European defense would encourage Russian aggression and opportunism. Republican senator Mitt Romney said on Wednesday:

‘The plan outlined by the administration today to remove thousands of US troops from Germany is a grave error. It is a slap in the face of a friend and ally when we should instead be drawing closer in our mutual commitment to deter Russian and Chinese aggression.’

The US military presence in Germany is a legacy of the post-world war two Allied occupation, which lasted from 1945 to 1955. In West Germany, the occupation was regulated by the occupation statute, signed in April 1949, when the country was founded. The statute allowed France, the UK and the US to keep occupational forces in the country and maintain complete control over West Germany’s disarmament and demilitarization.

When the military occupation of West Germany officially ended, the country regained control of its own defense policy. However, the occupation statute was succeeded by another agreement with its Nato partners. This allowed eight Nato members, including the US, to have a permanent military presence in Germany. The treaty still regulates the terms and conditions of the Nato troops stationed in Germany today. The number of US military personnel has been declining ever since the end of the Cold War in 1990, when there were an estimated 400,000 foreign troops stationed on German soil.

After 1990, the German public became rather critical of the American military presence, as some argued that it would violate Germany’s political sovereignty. Others said that the country would inevitably become involved in America’s wars, operated from its bases in Germany. Today, troop numbers are much smaller, but the extent of the US military presence in Germany is not limited to personnel, as the US also keeps planes and other military equipment stored across its numerous German bases. An estimated 20 nuclear weapons are believed to be kept at Büchel air base — something which has also attracted much criticism from Germans.

Given Germany’s defense policy and public sentiment on military spending, it is rather unlikely that Angela Merkel’s government will suddenly increase its defense spending. Reactions in Berlin has been mostly negative, aimed instead at Trump’s erratic behavior and a potential loss of trust between Germany and the US. Merkel and her cabinet know that the move will take years to complete, and many in Berlin believe that the plan would not survive if Trump loses in November.