As with reindeer, immunity is in the herd 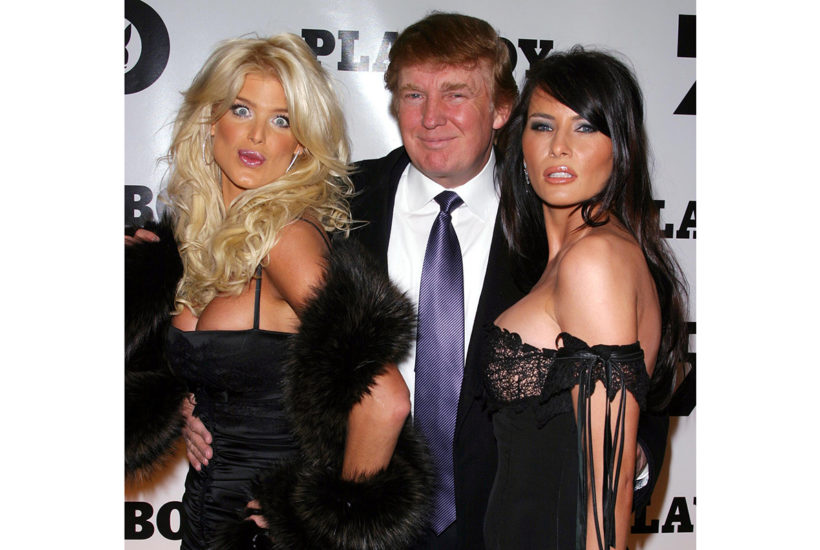 Donald Trump is moving toward a Swedish model. His vitality sustained by regular doses of hydroxychloroquine, President Prophylaxis is pushing hard for re-entry. His goal? Normality or, this being the Trump presidency, the next best thing. And that, as Trump so succinctly put it, means ‘a lot of death’.

Our future is Swedish. Not naked saunas and reindeer stew, but the Swedish model: herd immunity against COVID-19. The Swedes went their own way when, as in Ingmar Bergman’s chucklefest The Seventh Seal, the plague swept up from the south. Being hardy northerners, they pursued their own corona-strategy and continued to live as normally as possible. It might have turned out worse for some — the virus has gone through Sweden’s care homes like the clap through a Florida retirement village — but the survivors are now able to work, shop and sit outside in sunshine or, this being Scandinavia in May, the nearest available alternative.

The Swedes didn’t get locked indoors for two months, either. They didn’t require a pass from a government official like the one imposed on the French by that officious pocket-Napoleon, Emmanuel Macron. They weren’t banned from driving from one city to the next like the British, where Boris Johnson’s government tried to tough it out Scandinavia-style, only to crumple into control-freakery when they saw some statistical projections which, in the way of statistics, didn’t come true.

Of course, Americans are no more likely to hear the words ‘herd immunity’ from the legal firm of Birx & Fauci — actuarial hedging a specialty — than we are to sight a herd of reindeer grazing on the tundra outside the West Wing where Michelle Obama’s vegetable patch used to grow. But herd immunity is what we’re going to get, and some of us will get it good and hard, which is to say, bad and worse.

It couldn’t be any other way. The national shutdown was wide enough to cripple to world’s largest economy. It was tight enough to save big-city hospitals from overload and avert a death rate that elected representatives, in a unacknowledged moment of bipartisan consensus, knew would mean a massacre of the incumbents at every election from now until ABBA reformed. But America’s national shutdown wasn’t especially tight by international standards, and not because Trump wanted to get the country back to work as quickly as possible.

The reason it couldn’t have been any other way is that Americans wouldn’t have it any other way — and shouldn’t anyway, because the federal system won’t permit it. The states are the ‘laboratories of democracy’, so they’re legally entitled to have their experiments blow up in their collective face, as in New York City, where Bill de Blasio is having the first bar fights of his benighted life, or in New York State, where Andrew Cuomo has failed to consider whether the chances of someone sneezing in your mouth are the same for a hermit upstate as for a hedonist or a high-rise dweller in Queens.

Some governors, most of them in the Midwest, noted the simple fact of epidemiology which we all now know is called ‘viral load’, and conducted a Swedish experiment. Those governors stayed open for what remained of business, and they’ll reap the gratitude of their electors. Others, like Gavin Newsom in California, showed a sudden awareness of that previously misty realm known as ‘the real world’ and pushed for total shutdown. While the vaccine doctors harvest the organs of the dead, these lucky pols will also harvest the votes of the living.

Those of us who live in blue states and big cities, however, are now the guinea pigs of the biggest Swedish experiment since the invention of the key party. There is no vaccine and, whatever the President’s personal doctor and Dr Oz say, no certain cure. Americans cannot afford not to work. The leisure industry has been destroyed, the housing market is paralyzed, and if the schools don’t reopen promptly in September, the education industry will be next. The air filtering in big offices and stores pumps the virus round and round, and the surfaces of our mass transit are even more dangerous than before.

We can no longer go around it, so we have to go through it. Trump seems to have preferred this option from the start. Now, as he slides down the polls like an IKEA meatball down a shopper’s gullet, he has gambled on making it his policy. In November, the winner, as ABBA said, takes it all. Till then, as the Swedes say, ‘Lycka till!’: good luck.