The GOP’s shift to populism will outlive its current president 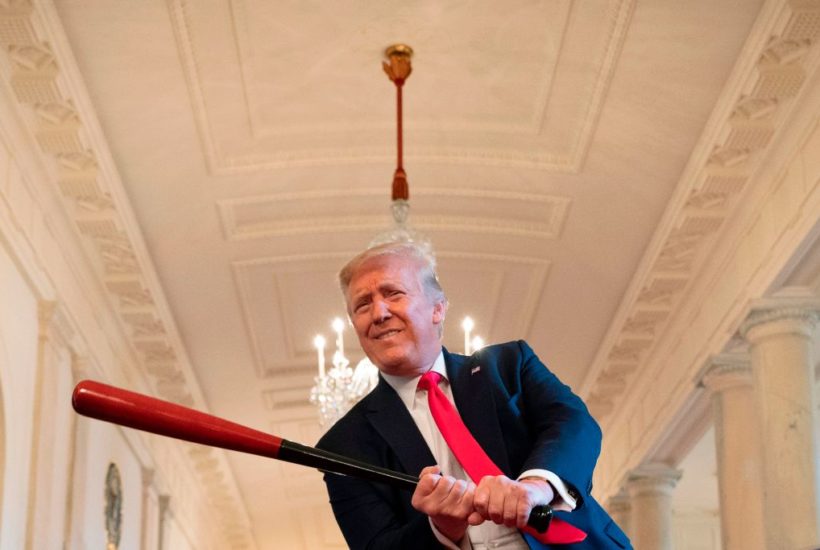 Politicos have spent years asking what would happen to the Republican party post-Trump. Establishment types prayed that he was an anomaly and that the party would return to ‘normal’ after his reign. Slightly more savvy observers worried that the Trump base would slip back toward the Democrats once they lost their champion and the GOP would have to rebuild a winning coalition. Both relied on an assumption that Trumpism cannot exist without Trump. That was wrong.

Elitist politicians and the mainstream media have been so obsessed with denouncing Trump’s egregious character that his voters developed a reflexive tendency to defend the man rather than his policies. But nearly four years later, many Trump voters feel unsatisfied with his list of accomplishments. Criminal justice reform and tax cuts, two of the achievements the administration most often boasts about, are not what his supporters signed up for. A series of recent SCOTUS decisions have rocked the conservative confidence that Trump’s judicial overhaul was change you could believe in. And Trump might tweet about law and order, but the riots and statue removals have continued unfettered for weeks across the country. Trump’s only significant response has been to put his liberal son-in-law, Jared Kushner, to appease the mob on police reform. As a result, nationalists and populists have geared up to hold Trump accountable from the right.

Trump is starting to get the hint that his combination of free-market skepticism, hardline immigration policy, pro-family messaging, and war-resistant foreign policy is more important to voters than he is. He reportedly regrets following some of Jared Kushner’s advice on pursuing more moderate policies while in office, indicating there will be ‘no more of Jared’s woke shit’, according to Axios. However, he has spent his four years in office fighting the Democrats and dissenters in his own party instead of honing and selling his message. Trump seems to have no idea what he is running on anymore. He has struggled in multiple interviews to give an agenda for a second-term, relying on past accomplishments rather than a vision for the future. Trumpers have filled this void with other, more thoughtful leaders who have embraced the party’s shift to populism: Missouri Sen. Josh Hawley, Arkansas Sen. Tom Cotton, and most notably, Fox News host Tucker Carlson. Carlson’s show has broken cable-news ratings records despite hemorrhaging advertisers. His nightly monologues have become something of required viewing for conservatives who care about the issues. Alex Thompson of Politico recently argued he may be the GOP’s best bet to run for president in 2024.

Three congressional primary races have further signaled that the party’s base is pushing out the establishmentarians and embracing Trumpism ahead of Trump. In North Carolina’s 11th district, Trump endorsed Lynda Bennett, a friend of Mark Meadows’s wife, to fill the seat vacated by his new chief of staff. But voters ignored him, instead opting for 24-year-old Madison Cawthorn, who ran a more conservative campaign on immigration and religious liberty. A similar story emerged in Colorado’s 3rd district — Lauren Boebert took down Trump-backed incumbent Scott Tipton by blasting his support for a bill that would cut the wages of immigrant farmworkers in exchange for eventual amnesty. The media claimed Rep. Denver Riggleman lost his primary race in Virginia’s 5th district due to backlash over his decision to officiate a gay wedding. The election ran much deeper than that. Bob Good, Riggleman’s challenger, effectively painted him as an out-of-touch libertarian who is a liberal on most social issues and too supportive of importing cheap labor.

These races should all be warnings to Republican congressmen who think being friendly with Trump is enough to earn them approval from the base. Indiana Sen. Mike Braun may have made a career fatal error by introducing a bill stripping police officers of qualified immunity and then appearing on Carlson’s show to debate the measure. Reports said he was considering pulling the bill after a backlash. Sens. James Lankford and Ron Johnson similarly misread the room when they offered an amendment to replace Columbus Day with Juneteeth as a new federal holiday while conservatives worried about the desecration of American history. Johnson’s tweet about the proposal received a hefty ratio, and he eventually modified the amendment to save Columbus Day. The trend is clear: Trumpism is no longer about Trump. It’s bigger than him.