The underground doctors’ movement questioning the use of ventilators

While most governments were in a mad dash to manufacture ventilators for COVID-19, a burgeoning movement within the medical community was starting to question their use 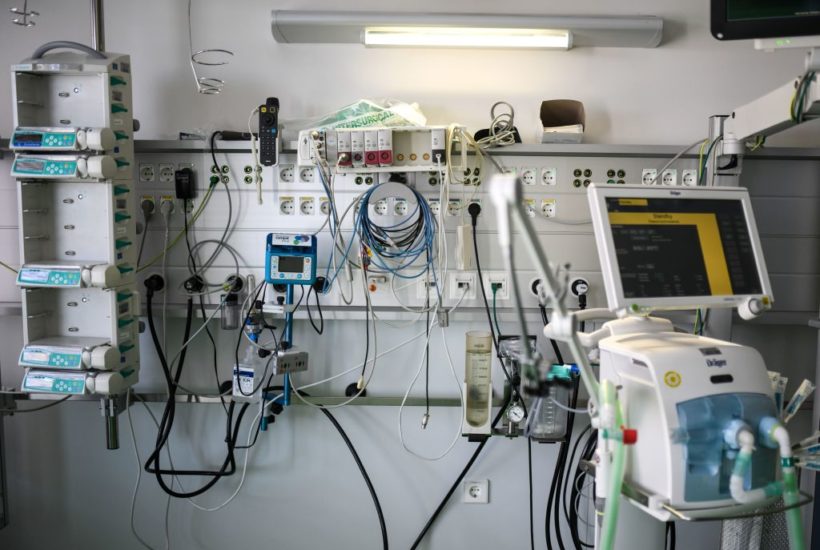 In the 1780s, medical authorities largely agreed: insufflation of the rectum with tobacco smoke was the best treatment for near-drowning. Therefore, the Royal Humane Society lined the banks of the river Thames with tobacco smoke enema kits and rewarded heroic members of the public who used them to ‘save’ drowning victims.

It’s easy to laugh at their efforts. With our modern insistence on evidence-based medicine, we would never significantly invest in medical infrastructure that has not been proven beneficial by a randomized control trial. Except of course we have, and we continue to do so. No area of medicine is immune to these lapses. But it is my own specialty of life-support medicine where this has recently been thrown into the sharpest relief.

As I previously reported in the Spectator, these has never been a randomized control trial to show that sedating people with severe pneumonia in order to put a breathing tube down their throat (the process known as intubation), in order to hook them up to a mechanical ventilator is lifesaving at any particular point in their illness. Neither has there been such a trial in chimps, dogs, sheep or rats. Yet it is a firmly entrenched belief that intubation and ventilation are necessary once a patient requires a high level of supplemental oxygen. Or it was.

While most Western governments were in a mad dash to manufacture ventilators for COVID-19 pneumonia in March, a burgeoning movement within the medical community was starting to question their use. This movement largely operated outside of the traditional networks of academic journals and conferences. Rather, it used Twitter, YouTube, and even podcasts.

The first public statement from this clandestine movement seems to have come second-hand from the influential cardiologist and blogger, Dr John Mandriola:

I have heard concern from many doctors in the #COVID19 front lines about early intubation. It is telling that some are afraid to speak publicly. I am not an expert. But would like to relay the worry about interaction bias in this setting. #Foamed

The first life-support specialist I can find who spoke publicly on this point was Dr Cameron Kyle-Sidell. He had only started independent practice in a makeshift COVID-19 unit in New York City one week beforehand.

His utterances had an out-of-the-mouth-of-babes quality. Only someone so fresh would both notice and baldly declare the emperor’s lack of clothes: that ventilators were possibly doing more harm than good. Patients left to breath on their own with very low blood oxygen levels were not perishing as standard medical opinion would have predicted. Dr Kyle-Sidell then used YouTube to further voice his concerns. His first video has now been watched more than 700,000 times. This has to be a world first for one man’s rather esoteric rant about the physiology of mechanical ventilation.

Dr Kyle-Sidell was martyred for his efforts. A week after his viral YouTube rant, he told the popular emergency medicine podcast REBEL EM, that he ‘had a moral issue with the protocols, which are the standard protocols across the country,’ and had been forced to ‘step down from my ICU position’ at Maimonides hospital in New York. The brightest stars shine but briefly. His two-week stint as an intensive care physician had more impact than my own seven year career.

I first became aware of Dr Kyle-Sidell when a savvy Spectator reader linked to his YouTube video in the comment section below my ventilator piece. A friend who works in public health later texted it to me. Coincidentally, that same week, physicians in my ICU team started sharing and discussing his REBEL EM podcast in our WhatsApp group. Independently, others began discussing the same podcast in a WhatsApp group used by a large number of physicians in my city. Another extremely influential blogger, Dr Scott Weingart, also based in New York State, posted a podcast on March 30 entitled ‘Stop Kneejerk Intubation’. He linked to Dr Kyle-Sidell’s viral video in his supplementary materials.

All this appears to have had an impact. Two weeks ago, the New York State Governor’s office published data showing that their rate of intubation effectively fell off a cliff on April 4. This is peculiar as new cases of COVID did not peak in that state until April 14. 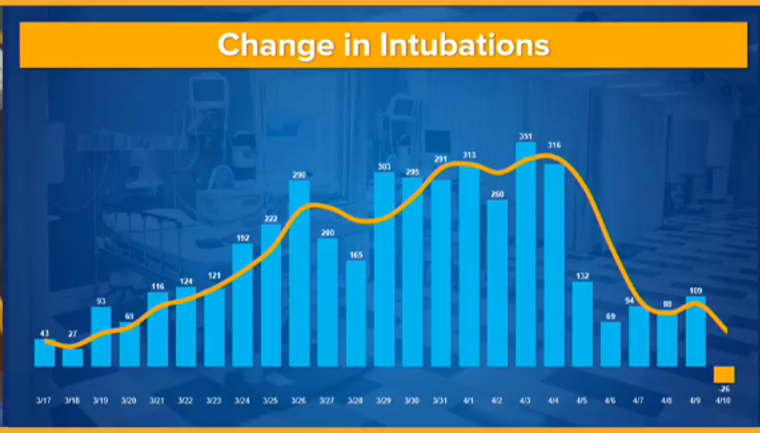 It seems as though similar practice changes can be observed worldwide. This week, I spoke with a critical care specialist, Dr Fredrik Halgren, at one of the main hospitals in Stockholm. ‘In the beginning, we were throwing each and every patient onto the ventilator,’ he says. As that practice has shifted, the ICU remains full because ‘we are still handling the cases that we admitted at the beginning of the surge.’ Patients who would have been intubated one month ago are now staying in the emergency room or the medical ward with high-flow supplemental oxygen.

Data from the UK is hard to come by. However, on March 27, 78 percent of COVID patients who had gone to National Health Service intensive care units were intubated and ventilated within 24 hours of arriving. By April 24, that number had gone down to 67 percent. The cumulative mortality rate for NHS ICU COVID patients decreased from 52.1 percent to 50.7 percent over that same period.

This is completely uncharted territory for modern medicine. I cannot think of a time when entrenched practice had changed in such a short period, on such a fundamental question as when to use life support, without authoritative academic papers being published on the subject.

While I am gratified to find that unevidenced dogma can be flexible in this manner, none of this allays my main concern. Neither the original practice, nor the shift, has been corroborated by randomized control trials. In the absence of experiment, my bias will remain towards a minimalist approach. But ultimately, I want my patients to get optimal care that has been scientifically validated. I also dearly hope that my colleagues and I will not be remembered like the 18th century rescuers on the Thames — blowing smoke up arses at a time of grave crisis.

Matt Strauss is the former medical director of the critical care unit at Guelph General Hospital, Canada. He is now an assistant professor of medicine at Queen’s University. This article was originally published on The Spectator’s UK website.