How Innovation Works: And Why It Flourishes in Freedom by Matt Ridley reviewed 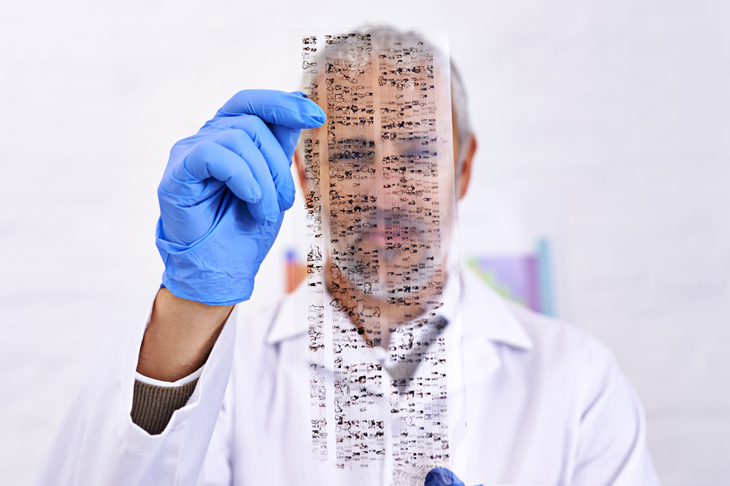 How Innovation Works: And Why It Flourishes in Freedom Matt Ridley

One of my long-held beliefs is that evolutionary biology should be taught extensively in schools. There may be some objections from religious fundamentalists, but these are silly. Evolution does not tell you anything about whether or not God exists; it simply proves that, if he does exist, he really hates top-down central planning.

In any case, it would pay to teach evolution in schools even if evolution were not true — for the simple reason that by understanding evolutionary mechanisms, you are gifted with an entirely new way of looking at the world. In the words of the computer scientist Alan Kay: ‘a change in perspective is worth 80 IQ points.’

Like cryptic crosswords and detective fiction, which I also recommend for the brain, evolutionary thinking trains you to look beyond the obvious surface explanation (‘It’s an open and shut case,’ said Inspector Lestrade) to the alternative readings hidden beneath. As such it pays off twice: it aids creative problem solving and it makes you less dogmatic, because you come to recognize that the same problem can have more than one possible solution, and that, in this system, failure is not a bug but a feature.

In How Innovation Works, Matt Ridley brings the mind of a biologist to the very vital question of innovation, an area of human activity which, though ‘exogenous’ to most economic models, inarguably drives the greater part of economic growth, and an even greater proportion of the improvements in our living conditions. (I mean, would anyone prefer to live in an economy where GDP was 10 percent higher but with Victorian dental anesthetics? I doubt it.)

Understanding evolution helps you see things backwards. For some reason, we tend to overestimate the role of intent and teleology in explaining things. We also overplay the importance of singular discoveries and inventions — Eureka moments — relative to the often long and grinding years that are involved in turning discovery into useful innovation. Progress is painful. Poor Edward Jenner spent most of his life fighting opposition to vaccination from vested interests and religious condemnation. Later, with religion replaced by restrictive legislation, his painful experience is the norm for most innovators today

Ridley makes this point very convincingly. The idea that a discovery or ‘invention’ becomes an ‘innovation’ overnight is very rarely the case. In reality, years of experimentation may separate an invention from implementation. As in evolution, path dependencies abound. Many ideas are of no use until something else is innovated first: airplanes before lightweight engines were never going to fly.

What is also apparent from reading this book is how many unsung heroes there are. Fame is something of a winner-takes-all business, and yet most innovations involve ranks of nameless collaborators, not to mention the many forerunners who got close to success but just missed the decisive moment. The world of innovation has 100 Pete Bests for every Beatle. The book is diligently researched and names many of these unknowns who were often just weeks away from fame and fortune, only to be pipped at the post by someone who is now a household name.

Again, by seeing things backwards, the author very convincingly debunks the standard-issue narrative that ideas proceed in a straight line from academic science to vulgar business application. If anything, it is more likely to happen the other way round, with academic theorists post-rationalizing the discoveries of commerce. Darwin actively sought the advice of pigeon fanciers and horse breeders, since, at a practical level, the more successful ones already understood selection rather well.

If anything, I find the treatment of academia here a little harsh. It is worth remembering that business people often know more than they know they know, and so fail to codify or generalize their tacit knowledge in a way that makes it more widely transferable to other fields. Nevertheless I find it very refreshing to read this view. The media depiction of business is of nothing more than a vehicle for greed; yet free markets are also the greatest problem-solving mechanism ever devised. Granted, a lot of business people seem stupid. That doesn’t matter, because the system is clever. (In academia, the people are clever, but the system is stupid.)

This is a wonderful book, and a fitting companion to Terence Kealey’s Sex, Science and Profits and Nassim Taleb’s Antifragile (though the latter would be horrified by the author’s enthusiasm for GMO crops). Indeed, Ridley is a little too optimistic at times, even for me. Just as evolution takes wrong turns, so can technology. Email (desirable in small doses, intolerable when overused) seems an example of what biologists call Fisherian runaway.

One more quibble: the role of marketing in innovation probably needs a little more acknowledgment. Consumer resistance is, after all, the last and often the greatest hurdle to overcome. Otis (elevators), Edison and Jobs were all spectacular showmen.

But Ridley is damned right about patents. The law needs to change. Much innovation, like much modern music, is now largely a combinatorial process, where new ideas are formed by the mixing together of two or more existing ideas. Hence patents may largely prevent the very thing they are designed to encourage.

And even if you gain approval, the process is painfully slow. One of the best of many good sentences in the book should be framed above every bureaucrat’s desk: ‘It’s not saying no that’s the problem: it’s saying yes slowly.’