As told to Dominic Green 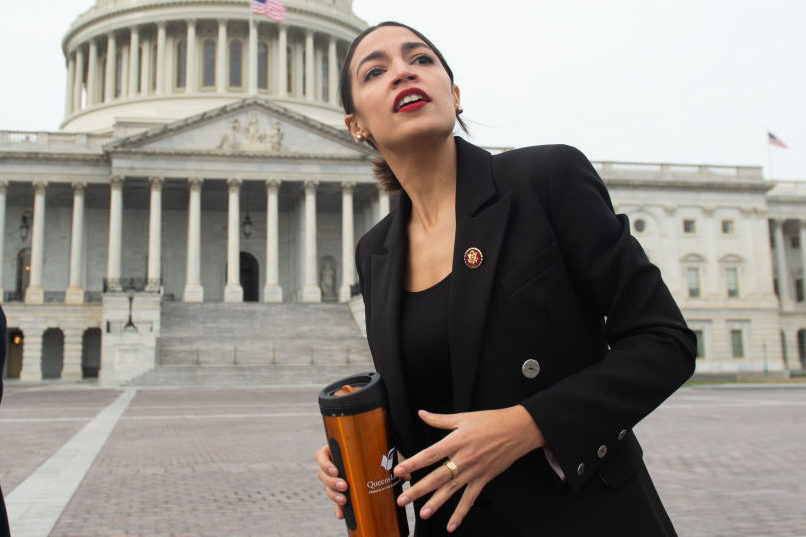 I’m incredibly honored to represent the working people of the real world, the 14th District of New York, in Congress. As a democratic socialist, it’s always been my dream to do real work and make real change happen, especially if it means bringing down capitalism through ironic dance videos. Because I really understand what it’s like for ordinary people, the nurses and bus drivers, the math coaches and Zumba trainers, the young people with student debt who want to start an organic salsa workshop in Brooklyn. As a Congressperson of color, my office has a budget of $1.2 million, and my salary is only $174,000 a year. So how do I get an apartment?

We fought an incredibly tough campaign against vested interests like Big Pharma and Big Oil, Goldman and Sachs, and even Ben & Jerry, but we stayed light on our feet and never lost our rhythm. It was a long, tiring battle, and I was so devoted to the struggle for economic and social justice that I neglected myself. I used to eat well, and practice yoga several times a week. I used to read and write just for fun. But as soon as everything kicked up, that all went out the window.

I went from doing yoga and making wild rice and salmon dinners to eating fast food for dinner and falling asleep in my jeans and makeup. No more cosy evenings, curled up in my Lululemons with the early manuscripts of Karl Marx and a bowl of consciously-sourced quinoa. I was eating food that made me fat, and getting into bad sleep habits, just like a real member of the working poor, only I wasn’t taking it out on disabled minorities and Muslim women by voting Republican.

I didn’t realize how tired I was until I had a blood sugar moment as I was pirouetting through one of those secret underground tunnels under Congress. I was so tired that I was relieved, and truly grateful, to be able to take part in a environmental sit-in in Nancy Pelosi’s office. She may be part of the old guard that the vanguard of the youth movement must cast onto the ash-heap of history, but Nancy’s got such great skin for her age.

As I sat on Nancy’s floor, wondering whether any of my friends had an office nearby, I realized that caring for the workers begins with self-care. For working people, immigrants, and the poor, self-care is political. Not because we want it to be, but because of the inevitable shaming of someone doing a face mask while financially stressed. Self-care is also political for people who don’t work, or who are born here, or rich. But it’s capitalism for them, and capitalism is over. One day, all working immigrant minority poor Americans of color and their allies will have real healthcare, and access to the face masks and ballet pumps that they need, and food banks that offer more than wild salmon and kale smoothies.

I know I haven’t yet been sworn in to the Congress job yet, but there’s so much to do, and so many fun people. I was talking to Ilhan Omar and Rashida Tlaib about this over a halal soy chai latte. Ilhan says it’s been the same for her, and that the Israelians use mind control on Congress, just like they use the Space Force on the Palestinistic people. No wonder I can’t remember what I’m meant to be talking about.

It’s outrageous that Congress is in session for only 133 days a year. That’s less than three days a week. The capitalist system is doing to me what it does to every other hard-working minority immigrant, working us to death and keeping us in perpetual poverty. Look at what payday loans have done to Bernie Sanders.

So I lit a white sage candle and meditated in my office. I visualized taxing Hillary Clinton at 70 percent, and I realized that I needed to drop down a gear, and just eat, pray and love myself off the grid for a few days, to reconnect with myself and my 3m followers on Twitter, Instagram and Facebook. In order to bring healthcare, I need some self-care, just like any immigrant coal miner or quadriplegic patisserie chef.

That’s why I packed my bag and asked my followers for ideas. They’re so great. Some people said I should go to the southern border and help migrant children who’ve been separated from their parents by the police of Amerika. Others suggested I should join the Navy and take a 20-month deployment with no shore leave. A couple made fun jokes like, ‘As a commissar, shouldn’t the party be giving you a dacha?’ and ‘Hey, why not take the whole four years off?’

But I’m keeping it real and local, because that’s what socialism is. I’ve found a place upstate. It’s near a Whole Foods too, so the wild rice is already in the steamer. The only problem is, I may have to pay for it myself. And that’s why America needs real socialism right now. Let’s dance, corporate Republican shills!