Welcome to the world you created, J.K. Rowling

Online mobs are a threat to everyone’s freedoms 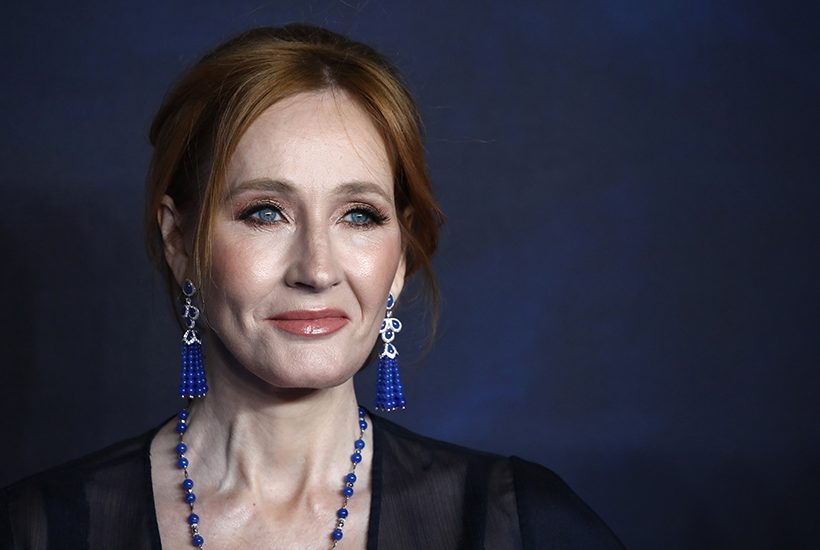 Why does the most important writer in English, J.K. Rowling, haunt the sewers of the Twittersphere? Why try to deal with the many complexities of transgenderism in a medium that has bizarrely reinvented the brevity of the telegram, but without its Victorian culture of complexity, courtesy and calm? Indeed, Twitter prizes a quite different Victorian moral order, namely that of Jack the Ripper, as the baying muezzins of social media hourly pronounce the end of someone’s reputation in the merciless perpetuity of the internet.

This time three years ago, I was a well-known journalist in Ireland, with a modest profile in Britain. On the last weekend of July, on the basis of a poorly written column in the Irish edition of the Sunday Times about the pay differentials in the BBC, London social media vilified me. I was then denounced worldwide as a misogynistic, anti-Semitic Holocaust-denier. One of my most successful accusers was J.K. Rowling. And now it is her turn, as her entirely justifiable skepticism over the dogmas of transgenderism have rendered her into what she is clearly not, that mythical beast, a ‘transphobe’. So welcome to the world you helped create, J.K.

In Ireland, I had long been recognized for my unremitting hostility to the IRA, support for Israel and my many articles about the horrors of the Holocaust. Yet these easily verifiable points were ignored as some foul internet charlatan with my name but none of my beliefs briefly entered the global imagination. A tsunami of smears from other publications obliterated protestations from the Jewish Representative Council of Ireland that I had told the Irish people truths about the Holocaust that they would not otherwise have known.

But perhaps the most damning contribution came from J.K. Rowling, whose global influence is tectonic. She tweeted to her 13 million followers an utterly foul distortion of what I had said, namely: ‘Women and Jews deserve what they get. This filth was published in @thesundaytimes. Let that sink in for a moment.’

Deserve what they get? So women deserve to be paid less than men, and Jews merited the Holocaust? The former is bad enough, but the latter assertion is the most wicked representation even by Twitter’s sordid standards. Despite the proclaimed support for me from Jewish groups, plus two Israeli ambassadors as well as numerous women, their voices could not be heard above the cacophony of my enemies. When the fangs of Rowling’s Twitter followers close on their prey, there is only one outcome.

This was in 2017, and the personal lunacies foreshadowed the solar storms of 2020, as the Black Lives Matter and associated mobs revealed their enormous power in riots, sackings, cancellations and boycotts across the Anglophone world. In response to this madness, some 150 literary luminaries (including Rowling) last week signed a letter to Harper’s Magazine defending free speech, stating: ‘As writers we need a culture that leaves us room for experimentation, risk taking, and even mistakes.’

Mistakes, J.K.? As in forgiving yours, but never mine? But the courage of the signatories then left them — for the letter did not mention BLM, ‘left’ nor ‘liberal’, but managed to denounce President Trump, ‘the radical right’ and ‘right-wing demagogues’. Perish the thought that anyone on their side of the debate would be engaging in smears and character assassination.

Such cowardly equivocation is of course to be expected from mere scriveners. The great Thomas Sowell reported in his Intellectuals and Society that Bertrand Russell thought Britain should placate Hitler by disbanding all her armed forces, while George Bernard Shaw said of the 1939 Nazi-Soviet pact: ‘Herr Hitler is under the powerful thumb of Stalin, whose interest in peace is overwhelming.’ A week later, the state of Poland was extinguished, duly followed by most of its Jewish population. As the Nobel Laureate George Stigler said of his fellow intellectuals: ‘They issue stern ultimata to the public on almost a monthly basis, and sometimes no other basis.’

As then, so today. For J.K. Rowling accepts that online mobs (of the kind that did for me) are a threat to everyone’s freedoms, including those of the supine intelligentsia who seek refuge in cowardly equivalence. Unique duties come with her unique global status. These oblige her to warn her millions of followers of the totalitarian threats besetting our civilization — not through the infantile telegraphy of tweets, but through the prose that conquered the world.