What did Ghislaine Maxwell want?

In Jeffrey Epstein, she found a man who shared many characteristics with her late father 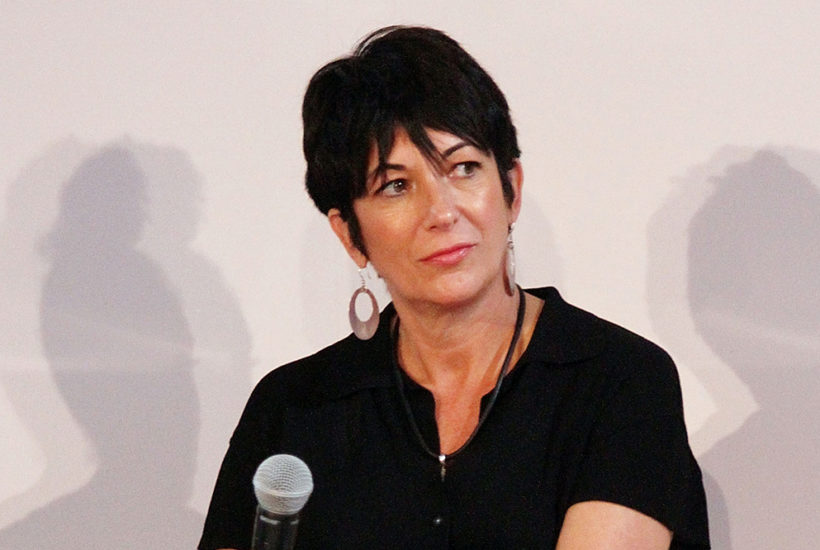 In 1990, Jeffrey Epstein spent $2.5 million on a Palm Beach mansion less than a mile and a half from Donald Trump’s Mar-a-Lago resort. Epstein had money and all the luxuries of wealth: multiple homes, private jets and beautiful women. Yet Epstein had a difficult time fitting in with elite society circles. Friends described him as crass.

Epstein might have lived among the elites, but he was not one of them. That is, not until he met Ghislaine Maxwell. She introduced him to class, was his match in every way, and would eventually become his partner in one of the darkest schemes one could ever imagine.

In the early 1990s, Ghislaine Maxwell was young, popular, and broke. The French-born ninth child of the British media mogul Robert Maxwell, Ghislaine, then in her early thirties, had moved stateside after her father’s suspicious passing.

On November 5, 1991, Robert Maxwell, owner of the Mirror Group newspapers in the UK and the New York Daily News, had been found dead, floating off the Canary Islands, miles from his yacht, Lady Ghislaine, named after his favorite child. Immediately questions arose as to whether he had simply fallen off his boat in the middle of the night, committed suicide, or been killed.

Maxwell had plenty of enemies. His insatiable quest for power and influence led him to raid his companies and banks to help prop up his ever-growing schemes. There were also allegations that he had been a spy — for the Israeli Mossad or for the British or Russian intelligence services. Some thought Maxwell had committed suicide, but his wife maintained that he had not.

Ghislaine was left without a father and without resources. The comforts her family fortune afforded her had been wiped out. Especially when it became clear after her father was gone that he had looted hundreds of millions of dollars from the pensions of his company.

Ghislaine Maxwell was quick to ingratiate herself into America’s most elite social circles. Ghislaine would party with the movie mogul Harvey Weinstein, the magazine editor Tina Brown and Arianna Huffington, the socialite wife of a Republican congressman. She was also friends with American royalty (the Clintons) and British royalty (Prince Andrew). But with her father’s passing, she too was missing something — money.

Which is why in the early 1990s Epstein and Ghislaine Maxwell would turn out to be such a durable duo. Each provided what the other one lacked. Epstein was very rich and still very much a bachelor. Soon Ghislaine and he would be a couple — and then even more. Maxwell was Epstein’s ‘half ex-girlfriend, half employee, half best friend and fixer’, as one acquaintance described it.

According to Epstein’s former house manager Juan Alessi, Ghislaine served as both Epstein’s girlfriend and the head of his household staff from the mid-1990s until the middle of the first decade of the 21st century. Together their social life flourished. Maxwell introduced Epstein to her friends Prince Andrew and the Duchess of York, her contacts on the New York social scene, and she was on Epstein’s arm when he first visited the White House under President Bill Clinton. She also provided Epstein with companionship and real-world lessons on how elites operate.

Friends said Maxwell was deeply in love with Epstein and hoped to marry him. People close to the couple noted that Epstein shared many characteristics with Maxwell’s late father — a serial philanderer with a taste for very young women — whom she had revered from childhood. Privately, Epstein was also deeply protective of his relationship with Maxwell.

Maxwell had fed one of Epstein’s needs. It was roughly around this time that he got her to satisfy another. Epstein would provide the money Maxwell desired to live the lifestyle she sought. Maxwell, in turn, would provide young girls for Epstein.

Epstein made no attempt to be monogamous. He always seemed to have a rotation of attractive young women hanging around his homes or accompanying him to parties. One friend recalled asking Maxwell where Epstein met all these girls in New York. Maxwell took credit for finding them.

‘If I see somebody he likes, I go over and say, “How would you like to meet a rich man?” claimed Maxwell.

The curious friend asked Maxwell where she slept while Epstein was having sex with these other women.

‘I get out of the bedroom,’ said Maxwell, nonchalantly.

Although it is unclear exactly when Epstein’s preying on underage girls began, accusers have dated it back over two decades. Numerous victims give similar tales: they were young, vulnerable, and overpowered by Epstein and his associates.

Prior to 2003, the recruiting of girls was handled primarily by Ghislaine Maxwell, according to Epstein’s house manager Juan Alessi and others. Maxwell often passed out business cards to pretty girls at spas and on college campuses.

‘Ms Maxwell was the one that recruited,’ said Alessi in a court deposition. ‘I remember one occasion or two occasions she would say to me, [Juan], give me a list of all the spas in Palm Beach County, and I will drive her from one to the other to PGA in Boca; and she would go in and drop 20…business cards,’ he said. ‘Was never, never done by me or Mr Epstein or anyone else that I know of.’

As Epstein was finding his way in a new social class, he had found a partner to help navigate this new world. Together, with Maxwell, he was able to satisfy his social needs and sexual desires. But Maxwell’s friend Laura Goldman said the British socialite never gave up hope that her relationship with Epstein would one day have a degree of normalcy.

This is an edited excerpt from A Convenient Death: The Mysterious Demise of Jeffrey Epstein by Alana Goodman and Daniel Halper (Sentinel/Penguin Random House), 2020.