‘These people are satanic’ 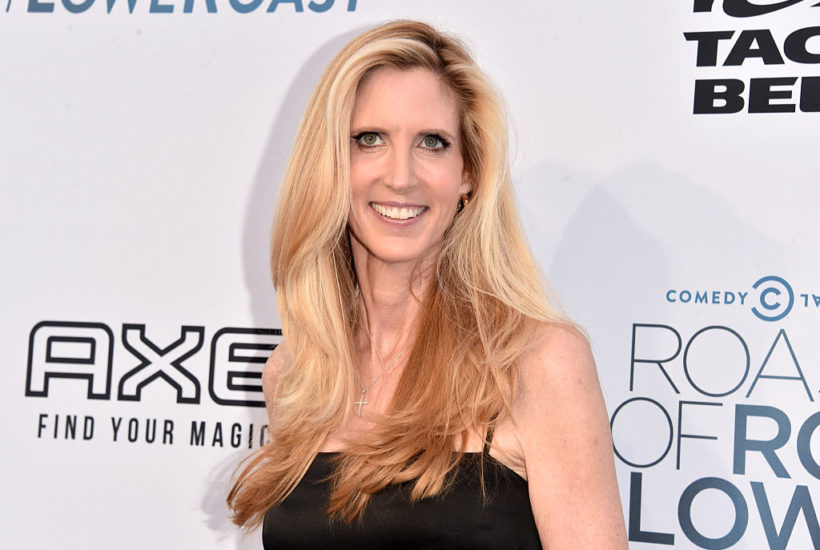 In an interview last week with Breitbart News Tonight, Ann Coulter revealed a curious episode from her past in which she met Jeffrey Epstein.

Coulter recalled Epstein picking her up in a limousine and taking her to his Manhattan townhome. She was so creeped out by the encounter that she later asked to be dropped off two blocks from her own home.

Cockburn has acquired the transcript of Coulter’s story.

ANN COULTER: I had my own encounter with Jeffrey Epstein, and before I give you this little vignette: very important that I tell you something. All of my friends know I have absolutely no radar on freaks, on weird people. I’m a terrible judge of character. I mean when I first meet someone, I’m not allowed to invite anyone from a book signing to have drinks with us because I’ve done it so many times and we end up with like some bipolar lunatic. So anyone who knows me will tell you, I cannot judge people. So to make a long story short, pouring rain, day before 9/11, I’m leaving for speeches. I can’t get home after my editor died. Book was cancelled. You probably heard me talk about that. Turned out to be a number one book all summer, ha ha ha. Anyway, I’m standing outside the funeral home. I started a column, I started speeches, pouring rain, traffic all over, no cabs. So this stretch limo pulls up and a guy leans out and says – knows me by name, says who he is, named someone that we know in common, which, by the way, wouldn’t be that great a recommendation, she hangs around with some sleazy guys. But I think to myself, OK, I just need to get 40 blocks to the Upper East Side (was it even 40? It was like 20)… This car can’t move, it’s going five miles an hour. I get in the car, Jeffrey Epstein, we go up past his place, you’ve seen it on all the TV shows. It takes up a city block. He says, ‘Oh, I live here’. I said ‘you do not’. So he invites me in for tea. I walk in and see the place. I’m asking him what he does for a living, something that had never really occurred to the press to ask him. It’s obvious he’s a total BS-er, and I just get a really bad vibe from him. Again, can’t judge people. But the fact that he has no explanation for what he does for a living, has no books in this place. It’s like a museum. So his car takes me to my place, or as he thinks to my place, I get such a bad feeling. I live like across the street or something of another five, six blocks. I had the car drop me at a place that wasn’t mine and I walked another two blocks. And for the next few years, I kept having people like Alan Dershowitz email me and say, ‘Jeffrey Epstein wants to get in touch with you’. So he’d find people in the TV world to try to email me. That’s how creepy he is. That someone with no judgment thought … something weird here.

REBECCA MANSOUR: Yeah. No. And this is what I mean. Nobody wants to ask, how did he get his freaking money, you know? And I’m like, this is like a big hole. They did a whole series on Netflix. I was so angry about this documentary series on Netflix about Jeffrey Epstein. And it was as if, you know, the biggest thing about this guy is that he had enough money to buy off people and to live this lifestyle. But no one wants to ask how he got the money.

AC: Right, right. Vicky Ward has actually written a lot of great stuff about that. And I will say she’s a Vanity Fair writer. And I will say to her credit, she, too, had the story. Again, sick of hearing about the Miami Herald breaking stuff that anyone paying attention already knew. Vicky Ward, I forget what year it was, obviously in 2000.

AC: Yes. And she and I are apparently the only people who have ever met this guy and thought what? Where does your money come from? So she pursues it while pursuing the money angle, which Graydon Carter makes her back off. The main thing she finds is two girls who have been molested by Jeffrey Epstein, and Graydon Carter, editor of Vanity Fair, killed it. Wouldn’t let her write it.

JOHN BINDER: It’s like the Weinstein case all over again.

RM: Even more creepy than even more creepy, you know. I mean, it’s. Yeah. You know, here’s the thing also, let’s just be honest here. Ghislaine Maxwell’s father, who is this, you know, notorious media mogul, he died under extremely strange circumstances.

AC: Yeah, and he went out on his boat. In fact, I believe it was called the Ghislaine. He had just moved off. He ran all these newspapers and he had ripped off the pensions of all of his workers. I mean, it’s like hearing about, you know, Epstein and oh, so wealthy. I mean, I don’t I don’t worship wealth, but someone who makes his own money, as long as they’re not hedge fund managers, they’ve done something. They’re on the ball somehow. No, in the case of Maxwell, he just ripped off the pensions of his workers. In the case of Epstein, he was being paid by someone, probably a foreign power.

RM: Yeah, well, there was the speculation also about Maxwell’s father. He was involved with the Foreign Intelligence Service as well in his death, he apparently was deemed a drowning or an accidental drowning or something. He fell off of his yacht at 4:00 a.m., morning, and he was stark naked. So he was found floating in the Mediterranean or whatever, stark naked after accidentally falling off the deck of his yacht at 4:00 a.m. No clothes on. No evidence found. He was found in the water, as it happens all the time, to incidentally fall over and start shitting into the water. I mean, come on.

AC: Well, also a possible different explanation for at least a good portion of the money. I don’t think, I don’t know if this accounts for all of it, though, is that they clawed back a lot of that money that Maxwell had stolen from his employees’ pensions. But I believe, this is off the top of my head, I looked it up once, I believe they could never get, I don’t know, 200 million, 300 million. And Ghislaine was his favorite child. So it’s possible that he came up with some way to leave it to Ghislaine and she started hanging around Jeffrey so they would act like he was, you know, this wizard investor with no clients. And that’s where the money was coming from. Possibly it was hers, the ill-gotten goods that were never retrieved from her father.

RM: Well, that would explain it. I mean, I just want to know, you know, like, if that’s that explanation, let’s hear it, man. You know, they were just an average grab.

AC: It was purely a front, it’s like a lot of rich women, just make it look like they’re doing something. She was going to parties and the theory of that is at least to explain some of Epstein’s lifestyle. I don’t think 200 million accounts for the lifestyle yet. And he has those islands, the buildings, the Palm Beach place, the mansion, the most expensive single family home in New York City. And I mean, it’s stunning that any one person owns that and the private planes all over. There’s a place in Paris and here and there. 200 million, you need more than that. And though 200 million is off the top of my head and we’re not totally sure she got it. It’s also worth mentioning, we’ve had this whole discussion without saying that Ghislaine did not merely procure the underage girl. She participated in the molestation according to them.

RM: Yeah, she was part of it. She was raping these girls too.

AC: These people are Satanic.

RM: Yeah. No, they are. They totally are.