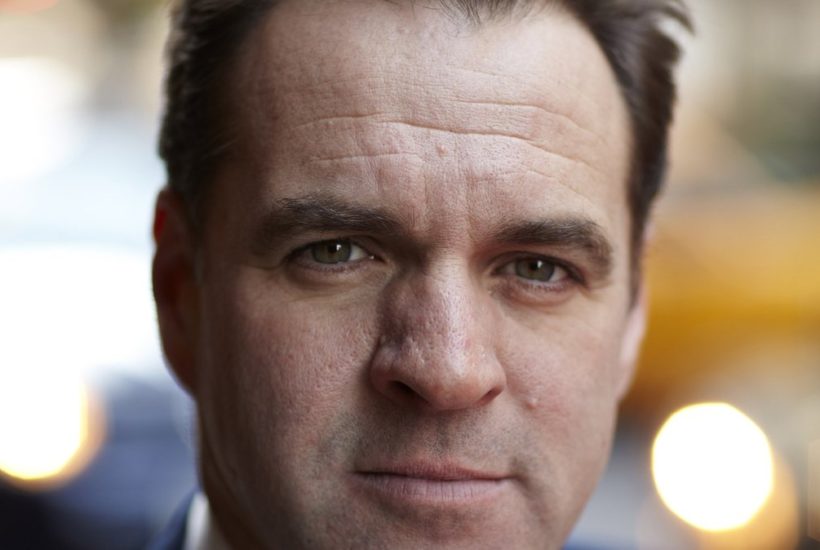 Niall Ferguson’s decision to disengage with students and their politics is wrong.

While such a statement may bring glee to those on the left and may displease Ferguson himself, Ferguson’s reaction to his admitted bad judgement involving Stanford students is deeply problematic.

Specifically, after being caught suggesting some fairly unethical behaviour regarding his engagement with students, Ferguson penned a response in The Sunday Times where he stated that he learned a few lessons from his work with these Stanford students. Included in these lessons was the idea that “Student politics is best left to students” and as such, he is returning to his ivory tower – tweed jacket on – and “retreating to my beloved study. It is time to write another book.”

Ferguson is welcome to write books. But extricating himself from student politics is exactly the wrong thing for a conservative thinker and former professor with essentially life-tenure and stature to do.

I say this because student political engagement and campus political currents have long been a catalyst for larger change and social progress in the United States. From the Freedom Summer movement in the south to the Berkeley protests for peace in the 1960s to the social activism in New York today surrounding immigration and labor, students are often on the front lines.

The problem today is that spaces and opportunities for the presentation of diverse ideas on college campuses has diminished greatly over the past three decades and this is largely because the left has come to dominate departments and classrooms such that conservative professors are now a rarity in higher education. Although it is certainly true that the American higher education systems has grown to educate its students around the clock and in numerous settings, the blunt reality is that faculty are still those on individuals on campus with the stature, training and expertise to provide the deep, formal education.

Looking at Ferguson’s discipline of history, the very field which is supposed to anchor the present and provide critical context for instance, it is even harder to find right-of-centre faculty as only 8 percent of its faculty identify as conservative or far right. In contrast, 52 percent identify as liberal while 20 per cent are far left making for a total of 72 per cent of history faculty comfortably perched on the left side of the ideological spectrum.

These figures confirm what is apparent to many observers of higher education: the academe is dominated by liberal historians many of whom are charismatic, publicly-minded, media savvy and activist historians who help mould generations of students. They do this in the classrooms, through teach-ins, and through regular forms of engagement such as office hours and even visits to dormitories and dining halls with conservative voices and ideas rarely present or considered.

At the same time, while faculty has moved sharply to the left, I should note that the students on campus today are far more moderate, balanced, and centrist than their counterparts 45 years ago as well as the very faculty on campus that teach them. The 2016 Higher Education Research Institute report on incoming first year student reveals 35 per cent of new college students identify as liberal compared to 22 per cent conservative- hardly a majority of liberals and a complete absence of conservatives. The balance of students, 43 per cent, describe themselves as the middle of the road.

Taking these data collectively, there is a clear mismatch between the normally distributed students and left skewed faculty. As such there is opening that people such as Ferguson are missing– students are hungry for ideas and need intellectual role models. The data makes it very clear that America’s undergraduates are not stepping on to their campuses as hard-left ideologues. They are being manipulated and taught by progressives and rarely encounter other viewpoints like those of classical liberals. Students are not being given a chance to have real viewpoint diversity and it is the free exchange of a multiplicity of ideas is precisely what drives progress.

Accordingly, students need more engagement and more contact with conservative faculty. Our students need to educated – literally “lead forth” from the Latin root – by those of us who are conservative and spent years in the academe and the world of ideas. This means working with students in lectures and seminars. It also means being ready to put in the time to engage with students after class and in our offices, in dining halls and lounges, and even in teach-ins and events with hostile and progressive faculty.

The faculty may be imbalanced but the students are not. We should not cede this ground and simply retreat. Being a tenured member of a faculty and part of the academe is both a privilege and a deep responsibility for it is we who help turn students into thinkers and into citizens and we can do that by working with our students and not turning away from student politics.

I, for one, will continue to work with as many students as possible and want to encourage other conservative faculty to do the same. Despite the friction and inevitable increase in workload, conservative faculty cannot afford to walk away from this fight. The numbers show that the left has not won the hearts and minds of our entering students.

So Ferguson is welcome cloister himself in his office. However, I want to encourage other conservative faculty to do just the opposite.  Withdrawing oneself into an ivory tower is the antithesis of our very charge as educators and opens the door for the left win this fight.

Samuel J. Abrams is professor of politics at Sarah Lawrence College and a visiting fellow at the American Enterprise Institute.