Edmund Burke on the market and the limits of commerce 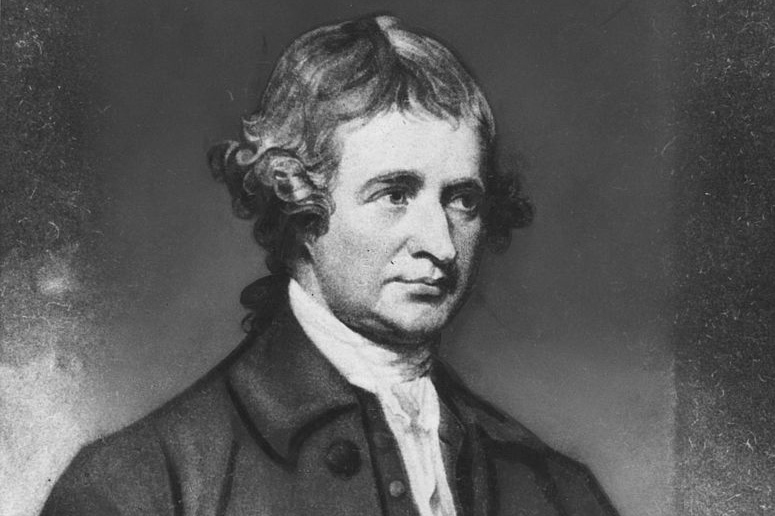 Edmund Burke wrote the authoritative Western defense of cultural traditionalism in modernity, Reflections on the Revolution in France. How could he also compose a tract called Thoughts and Details on Scarcity, in which the same writer provided steadfast support for Enlightenment, market-based principles that were perceived by contemporaries as a threat to settled social conventions?

Burke’s opposition to state intervention in the domestic agricultural economy bursts through in his very first statement in Thoughts and Details. ‘Of all things, an indiscreet tampering with the trade of provisions is the most dangerous,’ he writes, ‘and it is always worst in the time when men are most disposed to it: that is, in the time of scarcity.’ In cautioning against state intrusion into the circulation of food and goods, Burke displays his firm objection to the idea that government could channel provisions to needy areas in an effectual fashion, especially in times of economic dislocation, when men were most eager to seek relief from the state to remedy hardship.

Burke’s advocacy for government restraint in Thoughts and Details is informed by a fluency in the laws of supply and demand. ‘The moment that Government appears at market, all the principles of market will be subverted,’ he writes in his discussion opposing the establishment of public granaries. Upsetting supply and demand laws would create distortions and inefficiencies in the corn market, sowing economic disorder at the expense of the public.

Burke’s embrace of supply and demand laws can be grasped through his conception of labor. He understands labor not as a static activity, frozen in time, but as a ‘commodity’ that, ‘like every other, and rises or falls according to the demand’. This statement formed part of Burke’s response to the contemporary argument, raised in Parliament and other forums of public discourse, that laborers’ wage rates had not grown concomitantly with the rise in the price of provisions.

Burke insists in Thoughts and Details that wages had been increased twice in his lifetime, and had more than matched the cost of provisions within the previous 20 years. (The latter claim is still being contested by economic historians.) Burke maintains that the wage hikes had borne ‘a full proportion to the result of their labor’, thereby announcing his conviction that the salary of a laborer should be commensurate with his toil.

Burke then illuminates his stern opposition to the idea of increasing the minimum wage by evoking the presence of Sisyphus:

‘If we were wildly to attempt to force [wages] beyond [the result of their labor], the stone which we had forced up the hill would only fall back upon them in a diminished demand, or, what indeed is the far lesser evil, an aggravated price of all the provisions, which are the result of their manual toil.’

Burke’s beliefs about supply and demand laws are making a visible appearance here, seeking to correct the economic misconceptions held by champions of government regulation: raise the wage above a certain threshold, and the result would be a decrease in the demand for labor, a fundamental premise of supply and demand principles. Since labor would become more expensive for the employer, he would be less likely to hire the laborer. The additional hazard of wage increases, Burke writes, is that the price of food would climb as well, leading to inflation.

To protect against these pernicious effects, labor, Burke insists later in Thoughts and Details, ‘must be subject to all the laws and principles of trade’ because it was an article of exchange rather than an activity immune from market forces. Consequently, the laws of supply and demand must not be distorted by ‘regulations foreign to them’, which ‘may be totally inconsistent with those principles and those laws’. Such comments illustrate why Burke, according to the editors of the 1800 edition of Thoughts and Details, thought that the ‘unrestrained freedom of buying and selling is the great animating principle of production and supply’.

Burke’s doubt about the credibility of abstract reason and the omniscient power of the human mind animates his criticism of government regulations in Thoughts and Details. In the memorial, he argues that justices of the peace, and lawmakers in general, do not possess the deep reservoir of local knowledge necessary to enact laws that will benefit the laboring classes. Regarding wages and contracts between farmers and laborers, Burke writes:

‘Legislative acts, attempting to regulate this part of economy, do, at least, as much as any other, require the exactest detail of circumstances, guided by the surest general principles that are necessary to direct experiment and enquiry, in order again from those details to elicit principles, firm and luminous general principles, to direct a practical legislative proceeding.’

For Burke, the steeled rigidity of legislative mandates cannot capture the heartbeats of experience in social and economic affairs: fluid and intuitive agreements, practices, and understandings between flesh-and-blood human beings. Cold bureaucratic rules do not reflect the many unstated expectations and obligations inherent in the implied contract between the farmer and laborer. And, unlike free-flowing prices, state edicts cannot be changed quickly, but only after being sanctioned through formal institutional procedures.

Burke thus illustrates the difficulty of economic policy in advancing the well-being of producers and consumers because of the inherent limitations of human knowledge. In his judgment, effectual state regulations of market activity demand a vast amount of information about particular situations, labor contracts, and relationships. They require the ‘exactest detail of circumstances’ in order to arrive at a sound regulation. And market regulations face a double barrier of epistemological certitude: first, they must discover general principles about the best way to dictate ‘experiment and enquiry’ regarding economic activity. Then, informed by the intricate details of local circumstance, legislation must create new principles to apply to a ‘practical legislative proceeding’. Such is a looming standard for lawmakers, in Burke’s judgment. By contrast, private market contracts signal many intuitions of agreement between the farmer and laborer on a local level that the individual mind cannot fully penetrate.

This pretense of knowledge inspired passionate cries for the state to intervene in economic affairs. The individual who champions wage regulations ‘supposes or pretends that the farmer and the laborer have opposite interests’. He presumes that ‘the farmer oppresses the laborer; and that a gentleman called a justice of peace, is the protector of the latter, and a control and restraint on the former’. Yet the magistrates who set wage rates ‘confide more in their abilities than is fit, and suppose them capable of more than any natural abilities, fed with no other than the provender furnished by their own private speculations, can accomplish.’

From Burke’s perspective, then, wage regulations were not simply a question of authority; they also represented a swollen sense of confidence and importance on the part of the regulators by suggesting that public officials possessed sufficient information to control the labor market in a way that would help the needy. If the magistrate could not apprehend the blur of details within fluid and private market relations, how could he be certain that the law would actually benefit either the farmer or the laborer?

The idea that a distant statesman, removed from the rhythmic pulse of local economic activity, knew the best interests of contracting parties better than they did themselves revealed a case of exploded ignorance.

In the end, however, Burke’s political economy cannot be sufficiently understood without also stressing his insights into the limits of commerce. As he indicates in his most famous writing, Reflections on the Revolution in France, commercial activity cannot sustain itself without prior ethical commitments, and religion and time-honored virtue are more important for the growth of civil order than material affluence. In addition, commerce was not fully responsible for the creation of modern civilization, as Europe’s code of manners established the ethical preconditions necessary for the rise of commercial economies. For Burke, liberty required virtue.

In taking into account these principles in Thoughts and Details, the Reflections, and in his other speeches and writings, we may interpret Burke’s philosophy of political economy to be a statement that surpassed considerations of Whiggism, free market doctrine or public finance. Burke’s study of commerce included the examination of supply and demand laws, but it also outlined a larger argument about civilization: societies decay when the imperatives of market competition dispense with the pre-commercial ties of love and sentiment.

Unconditional ethical obligations precede the fulfillment of voluntary contracts. A political community includes markets, but its soul transcends them: ‘Commonwealths are not physical but moral essences,’ Burke wrote in First Letter on a Regicide Peace. Thoughts and Details, Burke’s chief economic tract, and the Reflections, his most famous writing, were both written near the end of his life, but they represent that harmonizing bookends of his conception of political economy: social order is enhanced by the power of commerce – but only when transactional exchange is governed by a sense of its limits.

This is an excerpt from Commerce and Manners in Edmund Burke’s Political Economy by Gregory M. Collins (Cambridge: Cambridge University Press, 2020, 578 pages).