Why would anyone want to work from home?

My love affair with the office 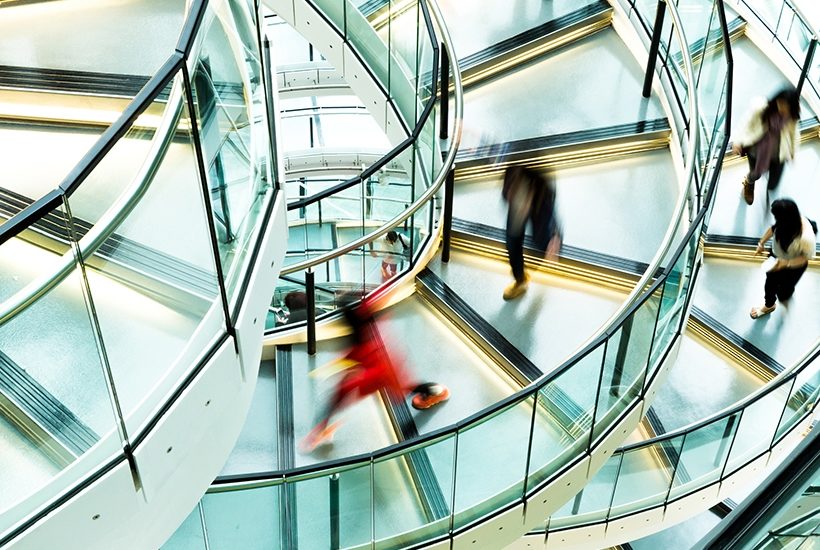 I’ve been having an office romance. Not with anyone in the office — but with the office itself. I’ve been going into the office every day during lockdown and I love everything about it: the bike ride from my Camden flat to work in Fitzrovia; the professional feeling that comes from being in a place dedicated to work; a chance to see more life than the limited activities that go on in your sitting room.

I even like office furniture, the soft hum of the photocopier and the stationery box, with its neat cellophane packs of Post-it notes and extensive range of envelopes.

But sadly, as an office-lover, I’m in a minority. The office, which has existed since the days of ancient Rome, is under threat.

The Home Office has told its staff not to come back for a year. Only 30 have returned to the Westminster office of the business department. Experts are saying offices are doomed, as companies embrace working from home — or WFH, to give it its dreaded abbreviation. They’re closing corporate headquarters and setting up local hubs and clubhouses, where staff can drop in occasionally. Boris Johnson’s plea last week for people to return to the office will fall on millions of deaf ears.

Twitter has said its employees can go on working from home indefinitely. Facebook has predicted that, in ten years’ time, half its employees will work from home full-time. A survey last month for the Business Clean Air Taskforce found that nine out of 10 Britons who have worked from home during lockdown would like to continue doing so.

Well, I’m the 10th Briton then. According to that survey, people found home-working reduced stress. I found it only increased stress — that post-breakfast feeling at home of self-loathing and listlessness evaporated as soon as I’d got on my bike and walked into the office.

As my colleagues have started coming into work, too, you get the joy of office chat. You also get things done much more quickly. It’s so much easier and faster to talk in the flesh about what needs to be done, rather than emailing and waiting for a reply. Face-to-face chat is also much more instinctive and conducive to coming up with ideas than stilted conversations on Zoom.

Of course, you need to enjoy your job in the first place to enjoy coming into the office. In the days when I was a miserable barrister and banker, I hated office life and would have yearned to work from home.

But if work is more fun than fun, as Noël Coward put it, then the office is a more exciting home from home. It’s even better if you’ve been in the same office with the same people for years: there’s a whole gallery of actors, some long-dead or long-sacked, whose ghosts you can summon up and gossip about. You not only have the pleasure of talking to colleagues you like, you can also delight in talking to them about the faults of those you don’t. Nothing like a shared enemy to foster friendship.

It’s in offices, too, that you meet your elders and betters, who can give you tips. As Toby Gunter said of WFH in a shrewd letter published in The Spectator a few weeks ago: ‘There is no one from whom to learn the basics, or to answer the simple questions that are too unimportant to commit to email, but which are a vital part of learning the ropes. This lack of face-to-face contact turns the learning curve into a steep uphill slope.’

When I worked on the Daily Telegraph comment desk in the early 2000s, I often used to go into the office on a Sunday; sometimes when I was on the work rota, but often when I wasn’t. My companion would on occasion be the great W. F. Deedes, who’d commute in from his Kent home to write leaders at the age of 90. He made the same journey on Sundays in the early 1960s to work on Peterborough, the Telegraph’s gossip column, when he was a cabinet minister. Bill was clearly, like me, an office junkie.

We office junkies don’t get much coverage in the media. The popular approach to the office is to bash it, not least in the British TV series The Office (2001-3), Ricky Gervais’s inspired attack on dreary work, and those brilliant novels on the hell of office life, Michael Frayn’s Towards the End of the Morning (1967) and Joshua Ferris’s Then We Came to the End (2007).

If the office disappears, I will mourn the passing of an institution that has lasted for 2,000 years. The word ‘office’ grew out of the Latin officium, which originally meant a helpful service, duty or task — all of which a good office still provides. Officium then came to mean a place of work where those duties were performed.

Early Roman offices were often in basilicas, from basilike, the Greek for ‘royal’. Basilicas were courts of justice for Roman emperors, with adjoining offices, before early Christian churches, built on the same ground plan, acquired the name ‘basilica’.

Offices took off in medieval England. In 1386, Chaucer was writing about hiring someone ‘to oure office’. By the 17th century, the idea of ‘the office’ was going strong — Samuel Pepys was forever talking about ‘the office’ in his work on the Navy Board. Here he is in June 1667, on the ancient art of office-slacking: ‘To the office, and thence to Sir W. Pen’s, there to talk with Mrs Lowther, and by and by we hearing Mercer and my boy singing at my house, making exceeding good musique, to the joy of my heart, that I should be the master of it, I took her to my office and there merry a while, and then I left them, and at the office busy all the afternoon, and sleepy after a great dinner.’

That sounds like the perfect day to me, shuttling between the twin poles of home and the office. How dull Pepys’s diaries would have been if he’d spent his work days Zooming from home.