A choice of classic crime fiction 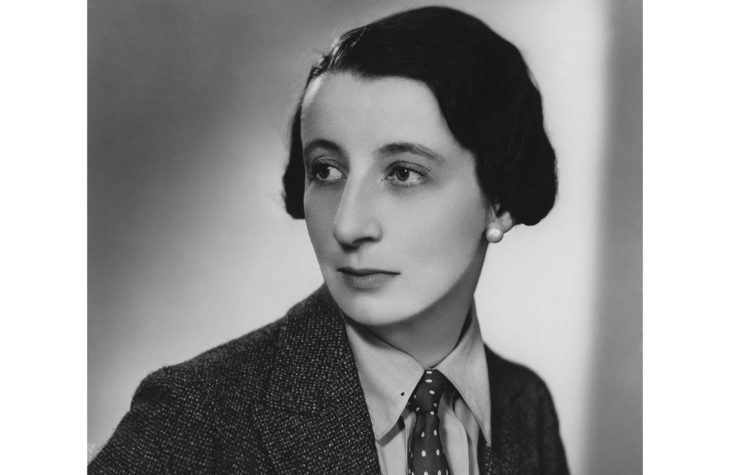 A choice of classic crime fiction

My involvement with crime and mystery fiction started when I was four. The first book I remember reading for myself was Hurrah for Little Noddy. As Enid Blyton aficionados will know, this is the second in the series about a self-absorbed wooden doll. It’s a thrilling tale about a massive car heist (those pesky goblins), involving a red herring, a car chase, wrongful arrest (oh poor Noddy), a stupid police officer and the intervention of a gifted amateur (Big Ears’s finest moment). Drop everything and re-read it.

Much of Blyton’s prodigious output is crime fiction writ small. I have a theory that its imprint on tender minds is largely responsible for the flourishing condition of British crime fiction over the past 40-odd years. Blyton led me naturally to other authors. When I was eight, my father gave me his copy of The Adventures of Sherlock Holmes with the prophetic words: ‘I think you might like this now’.

What follows is an entirely personal selection of the crime novels that not only shaped my taste for the genre, for better or worse, but which I’ve also found bear re-reading. When I graduated from Blyton, I moved seamlessly to Agatha Christie. The best of her short and deceptively simple novels are classics of the genre. The first time you read The Murder of Roger Ackroyd (1926) or And Then There Were None (1939), you skim through the pages to discover who the murderer is. Then you can give yourself the pleasure of re-reading, just to see how Christie works her magic.

From there I found it a short step to the slightly more cerebral pleasures of Dorothy L. Sayers. Her splendidly unbelievable protagonist Lord Peter Wimsey develops during the series from a Woosterish detective to a lovelorn, angst-ridden neurotic. But Sayers writes well and she deserves credit for pushing the whodunnit where it had not gone before. She can be surprisingly funny, too: try Murder Must Advertise (1933), set in an advertising agency, which showcases her talent for satire.

Another upper-crust private investigator of detective fiction’s so-called Golden Age is Albert Campion, the creation of Margery Allingham. The best of her novels are not just ingenious and witty: they have real emotional punch. I often return to one of her darkest books, The Tiger in the Smoke (1952), set in weary, partly ruined post-war London. It’s about a psychopath. It also includes an almost equally terrifying character who is a truly good man.

If providence kindly offered to provide me with a hitherto unpublished crime story by any author, I would ask for another Josephine Tey. A true original, who referred to her crime novels as her ‘yearly knitting’, she is probably best known for The Daughter of Time (1951), in which her series detective, confined to a hospital bed, investigates the mystery of the Princes in the Tower and concludes that Richard III was innocent of their murder. Tey produced only eight novels, all beautifully written and morally nuanced, but each distinct from the others. My own choice would fall on two which are also based on unresolved historical cases — Brat Farrar (1949), about a possible impersonation, and The Franchise Affair (1948), about an alleged kidnapping.

Part of the reason why the genre appeals so widely is that it offers something for readers of all ages and all backgrounds. In 1927, T.S. Eliot, who reviewed detective fiction with discriminating enthusiasm in the Criterion, wrote that Wilkie Collins’s The Moonstone (1868) was ‘the first, the longest and the best of modern English detective novels’. I’d quibble with all those adjectives, but there’s no denying that this influential novel is wonderfully readable, with its multiple unreliable narrators, its enigmatic police detective Sergeant Cuff and its pervasive atmosphere of opium-saturated mystery.

Eliot’s verdict quoted above comes from his 1927 essay on Collins and his friend Charles Dickens — who himself has a good claim to be considered one of the fore-fathers of modern crime fiction. Bleak House (1853), turning on a complex legal case and culminating in murder, is one of the richest and most satisfying crime novels — and so much more — ever written. With Inspector Bucket, moreover, Dickens created one of the first police officers in fiction.

American authors such as Raymond Chandler and Dashiell Hammett brought a welcome breath of murky air from the other side of the Atlantic. I read Chandler not for his plots but for his wry and wonderfully inventive prose and for Philip Marlow, his shabby, hungover private investigator. Start with The Big Sleep (1939) and go from there. W.H. Auden said that Chandler’s novels ‘should be read and judged not as escape literature but as works of art’. I think they are both. Hammett is equally hard-boiled: try The Thin Man (1934), set during Prohibition, which reaches an even greater density of alcoholic saturation than the average Chandler novel.

We tend to forget that crime fiction has always flourished in other languages than English. Penguin Classics have recently issued new translations of all 75 of Georges Simenon’s Maigret novels, along with a selection of his romans durs, those bleak psychological crime stories that shine a light into dark corners of the human condition.

Less well known are the 10 Martin Beck novels, which were written by a pair of left-wing Swedish journalists, Maj Sjöwall and Per Wahlöö, in the late 1960s and early 1970s. These books, which still feel startlingly contemporary, brought a new and tougher realism to the police procedural. The Laughing Policeman (1968) gives a good taste of their work.

None of this crime fiction is modern, but all of it repays reading, though not necessarily for reasons their authors intended. The last choice is, for me personally, the most significant, because it’s the book that made me not just a crime reader but a crime writer. I read Patricia Highsmith’s The Talented Mr Ripley (1955) when I was teetering on the brink of writing my first novel. The idea that a protagonist could be a murderer came as a revelation. Infinitely darker than Anthony Minghella’s film adaptation, the novel subtly undermines us from the start by enlisting our understanding of a man who proves to be a murderous psychopath: not just our understanding, perhaps, but something perilously close to our sympathy.

It’s just occurred to me where all this has led: Little Noddy has grown up and turned into Tom Ripley.