Natalie Cole had an instant pocket pop career. Her family, she said, were like ‘the black Kennedys’; and look how the Kennedys turned out 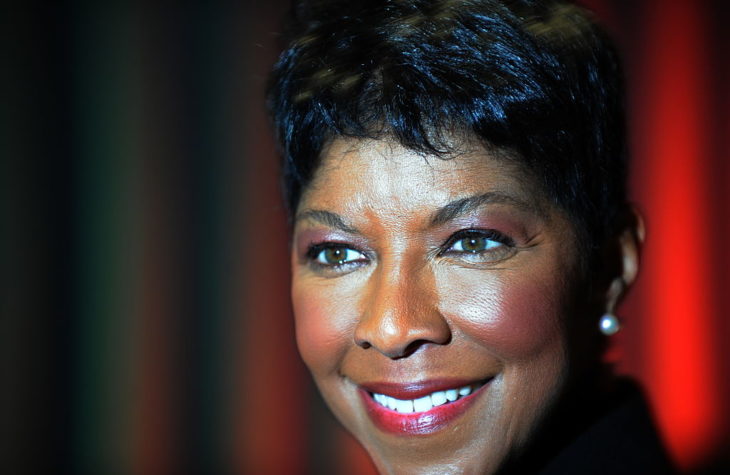 As any Yule fool knows, there’s no Christmas album like an old Christmas album. But there’s not many of them. We’ve had plenty of classic Christmas singles but hardly any classic Christmas albums. In fact, since little Phil Spector went and ‘canceled’ himself and the life of actress Lana Clarkson in 2003, there is only one. Nowadays, a double-sided helping of Spector’s A Christmas Gift For You from 1963 would have the most ardent Wall Of Sound fan hearing sirens, not sleigh bells.

That leaves only Nat King Cole’s seasonal gift from 1960, The Magic of Christmas, which not only does exactly what it says on the tin(sel), but was also the best-selling Christmas album of the Sixties. It is a magical piece of vinyl. If Cole’s voice were piped into every government office, penitentiary, internet forum, dictator’s palace, arms- dealer’s lair, psychopath’s hole and wife-beater’s kitchen, there would be no more pain and suffering in the world ever.

The same cannot be said of Nat’s daughter Natalie. Troubled Natalie — haunted as most sons and daughters of the supernaturally gifted are — was not a merry old soul. If fame doesn’t royally ruin the father or mother, it’s sure to eat the children. In truth, Natalie ‘Princess’ Cole fared better — commercially at least — than many of the half-human, half-divine offspring of the gods of entertainment: Ziggy Marley, Julian Lennon, Jakob Dylan and the drugged disturbance that produced Wilson Phillips. When your dad recorded the greatest ever interpretation of the protohippie/ur-punk masterpiece ‘Nature Boy’, written by Eden Ahbez, you know it’s thin gruel when your label marches you to the studio in the old man’s footsteps to record your own Christmas album. Which is what happened in 1994 with Natalie’s Holly & Ivy.

Natalie Cole had an instant pocket pop career. Her family, she said, were like ‘the black Kennedys’; and look how the Kennedys turned out. Affluence and jazz genes led to huge Billboard success in the Seventies with the solid R&B hits ‘This Will Be’ and ‘Inseparable’. Then came a crash and burn into crack and smack misery. And then an inevitable clawback, with a dreary resignation that she was fated to be Nat’s daughter forever. The 1991 hit ‘Unforgettable’ was a weird ghost duet with her dead dad; perhaps the idea came from crack-induced hallucinations. Natalie didn’t seem that into it, but Nat sang beautifully for a man who’d been dead since 1965. In 1991, this felt like the last word in coffin-raiding cash and grab. In 2019, no one would bat an eye.

In what we can only presume is a necrophiliac’s idea of a 25th anniversary celebration, Craft Records are again inflicting her Christmas album on an undeserving public. They’re even giving it the gratuitously heavy vinyl reissue that no one has been waiting for. This dreary stocking filler (with the emphasis on ‘stock’ and ‘filler’) reminds us why the suicide rate rises at Christmas. And to those who felt the original mastering of this cold-turkey tripe was somewhat lacking — again, no one really — fear not: with an inevitability more crushing than Christmas itself, both holly and ivy have been remastered.

Holly & Ivy isn’t much worse than the other thoughtless and mindless Christmas stuffing out there. Its problem is that as a hereditary follow-up to her father’s unsurpassable The Magic of Christmas, the album was born to fail. The more Natalie tries to evoke Nat’s spirit, the more depressing the record gets. The nadir of this series of low points is a dad cover version, the gothically hideous ‘Christmas Song (Chestnuts Roasting On An Open Fire)’. Nat’s original, Natalie said, was ‘a darling sweet song’. Her remake is like a trip to the morgue with a ponytailed A&R man and a cheap Yamaha keyboard. Further desecration of the grave followed in 1999 when Natalie exhumed Nat for a séance duet of ‘The Christmas Song’.

Following six months in rehab, Natalie Cole beat her drug addiction in 1983, but her health was damaged. In 2008 she was diagnosed with hepatitis C caused by intravenous drug use, and later with kidney disease. She died on New Year’s Eve 2015 of heart failure. A pop singer as good as any and better than almost all, she had a life that was forced on her by fame. Full of advantages perhaps, yet also full of impossible expectations and futility. Her Christmas album does her no justice; do yourself and her memory a favor by exploring her lesser-known recordings.

As for Nat, score The Magic of Christmas and a bottle of sweet sherry, and you’ll want for nothing else.