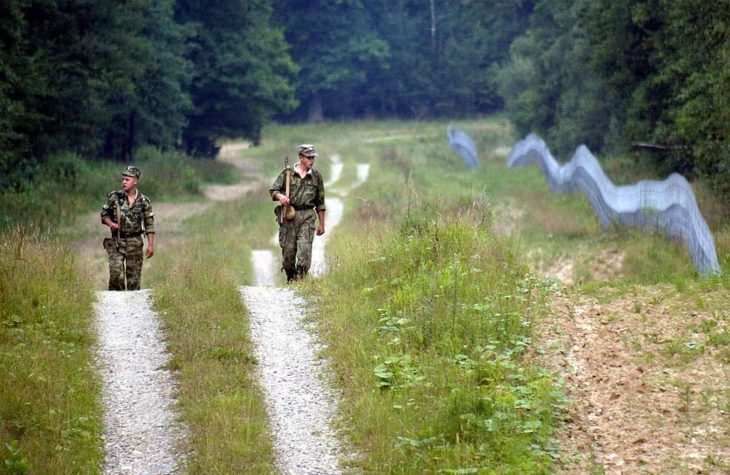 Pravda means ‘truth’ in Russian. In this timely book on a fractious and fractured Europe, Rory MacLean argues that we have collectively lost sight of that essential commodity.

Retracing in reverse a journey he made 30 years ago, MacLean starts in Moscow and ends in London. His aim is ‘to understand what had gone wrong’ since the fall of the Soviet Union and the Berlin Wall: ‘I wanted to learn how refugees, the dispossessed and cyberhackers had been used by nationalists.’

MacLean sketches the 20th-century history of each region with a sure and lucid hand, then supplies a series of vignettes. He visits ‘Russia’s military Disneyland’, a glitzy weapons bazaar where balaclava-wearing dancers in SAS uniforms perform a robot ballet. He travels to one of tiny Estonia’s 1,500 islands and learns about the Forest Brothers, wartime anti-Soviet partisans. In Transnistria, a banana-shaped breakaway republic of a breakaway ex-Soviet republic, he discovers illegally traded weapons-grade uranium-235.

MacLean is a fine sleuth. Driving south out of the Carpathians onto the Great Hungarian Plain, he finds the man who welcomed him to his home 30 years earlier; they glug Crimean fizz, set aside for MacLean’s return. In this way, MacLean lets people describe what has happened as new ‘demigods’, usually more draconian than the communists, have taken over. The refrain recurs: the ‘migrants steal jobs’, and at least everyone had work under the communists.

In Poland, MacLean has a ‘sense of awful premonition’ as the country ‘steps into the unknown’. He gives a good account of the conspiracy theories still swirling around the Smolensk air crash of 2010, which killed the president and 95 senior officials, including the chiefs of the armed forces. They were traveling to the 70th anniversary commemoration of the Katyn massacre, when Soviet secret forces shot 22,000 Poles in the back of the head. Pravda Ha Ha shows history mutating like a virus.

I’d always wanted to visit Kaliningrad, that anomalous Russian territory marooned among the Baltic states, but I certainly won’t be going after reading MacLean’s withering portrait. The residents are 65 times poorer than the average EU citizen. The governor has a home on the Côte d’Azur.

MacLean is compassionate, and he balances his stories of powerful men and women — a minor oligarch, an American banker — with those of the dispossessed. Much of this ambitious book is not an easy read, with stories of forced labor, human trafficking and worse in Europe’s heart of darkness.

New borders are ‘keeping apart the haves and the have-nots’. In 1989, the year the Wall fell, 11 countries worldwide had border walls or fences. Now more than 70 have them. MacLean sensibly refrains from overt comment on Brexit, but the topic lurks offstage throughout these pages.

‘All I could do,’ MacLean says of his method, ‘was to pick out one or two faces in the crowd, to envisage their lives and tell their individual stories.’ He also quotes widely and judiciously from published sources including Vaclav Havel, Chekhov and the 19th-century French traveler the Marquis de Custine.

MacLean tends to overwrite (‘The Kremlin’s teeth-like crenellations took a bite out of the firmament’) and he uses too many adjectives. He also has a fondness for cliché (Africans are ‘rare as hen’s teeth in Moscow’, arguments ‘fell on deaf ears’); and for a dash of purple (‘Mikhail Gorbachev had changed the world, then the world turned its back on him’). But he has a keen sense of place. I recognized the scene at dusk in Russia as ‘the blue light of hundreds of televisions flickered on sheer nylon curtains’.

One of Pravda Ha Ha’s most moving sections involves Sami, an illegal immigrant from northern Nigeria. MacLean goes to great lengths to assist him as he attempts to get from Russia to the West. The pair even go up to the White Sea together to investigate a northern route.

Astonishingly, at the end of the volume, the men meet up again in Lancashire, England. Sami has become a bookkeeper for the owner of a kebab shop. A redemption of sorts in an otherwise dark finale.