I Never Said I Loved You by Rhik Samadder reviewed 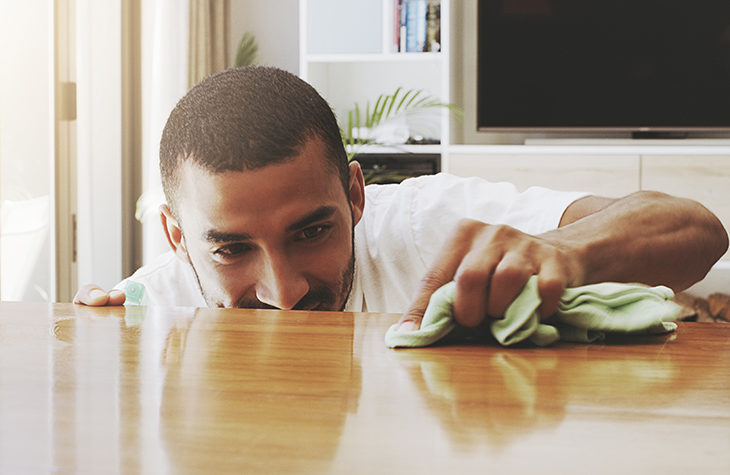 I Never Said I Loved You isn’t like that. It’s funny. It’s not egregious: every time Rhik Samadder tells us more of the repeated sexual abuse he suffered when growing up, or of the graphic things he did to himself or to small creatures such as snails and bees as he was trying to comprehend quite how much mental pain he was in, he carefully flicks us away to something lighter. His obsession with death moves straight to a remark that ‘the average lifespan is 1,000 months, less in fact, and I have spent at least four of them trying to persuade the website LinkedIn to stop emailing me’. As his father lies dying, Samadder realizes he can’t work out what to say, and ends up wittering about the boiler. You are, from page to page, wincing with horror, and then smiling wryly again.

His relationships as an adult are messy but lovely. It’s as much a memoir of his life with his mother as it is of suffering from illness. One ex-girlfriend whom he thanks at the end of the book for being present in every page decides that they should hold a breaking-up ceremony with their family and friends. He writes letters to people who have hurt him — and who he has hurt.

The informality of the book makes it a gentle read when the subject matter is so heavy, but at times Samadder tries too hard with this, ending up with the sort of contrived language you’d expect from someone who tells everyone else that they’re fine, when inside they’re anything but. He talks about ‘scientific accounts of the major bummers — depressive personality disorder, bipolar II, cyclothymia, whatever your poison’, and tries a witty aside of ‘I’m pitching the Snow White sequel to Disney as we speak. It’s going to be called “Coal Black: when shit gets real, princess”. Don’t steal my idea.’ Well, we probably wouldn’t want to.

It’s a tall order, telling ‘the story of a depression, and how I got out of it’ without either pulling your readers down with you — as many of us find ourselves doing to the family and friends who have to live with our own mental illnesses every day — or ending up with a saccharine self-help book. It’s certainly not the latter, even though all the chapters are entitled ‘How to…’. There’s ‘How to Keep Going’, ‘How to be in Your Body’, ‘How to Talk’ and so on.

But there are only a few passages in this rambling book where Samadder really turns to his readers to tell them what he thinks they should be doing if they’re in a similar situation, and that’s when he’s looking back on feeling suicidal. ‘If you ever come near that point, I urge you to get help, from people qualified to listen,’ he writes. It’s refreshing that someone who set out to write a memoir about their own depression has actually done that, rather than veering into claiming that they themselves are now an expert on the illness — like someone who thinks they know how to teach because they too went to school once.

What he is an expert on is describing depression without resorting to any hackneyed black dogs. Some of the passages on the symptoms themselves are beautiful and accurate: he tells us about the ‘water torture of negative thoughts’. He manages, as narrator, to appear to be regarding his own behavior from afar, which doctors would call dissociation and explain as another common symptom of illnesses that follow trauma and abuse.

He also mocks some of the things you end up doing in counseling, which many of us will recognize. Attempting mindfulness means he takes so long to sit down that his cup of tea goes cold. His therapist tells him to have a go at seeing household chores as valuable achievements. ‘I think I twitched my nose. This was what I was paying for? Actually, it was the NHS, so I wasn’t, but someone must have been. It sounded insultingly basic.’ The trouble is, he then does try it and is ‘dismayed to discover it had a huge effect’.

This memoir too has a huge effect and deserves all the gasping endorsements on its bright cover. There isn’t another book like this: it stands out among the gray.