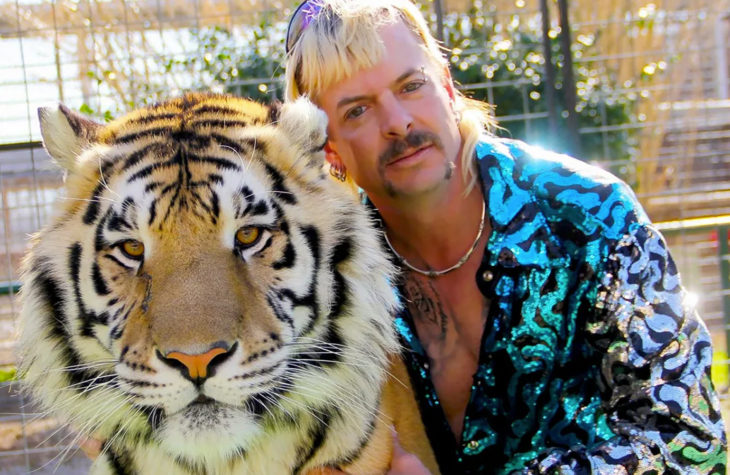 If you haven’t heard of the Netflix docu-series Tiger King, then you probably haven’t spent much time on the internet during the national quarantine. The series centers around Joe Exotic, a now-incarcerated, gay, meth-addled, big cat breeder and former candidate for both president and governor of Oklahoma, whose bleach-blond mullet, handlebar mustache, sequined leopard-print blouses and eccentric underworld of private zoo-keeping has been the unlikely catalyst to bring a nation together that is stuck at home with severe cabin fever.

Tiger King is another indication that we should prepare to say goodbye to classic documentary filmmaking and get used to the docu-series, usually timing in at about six hours long spread across several episodes. The genre now includes notables McMillions, Don’t F*** with Cats, and Making a Murderer, the last the most poorly done with almost no payoff in the end. Making a Murderer appeared to be rushed into production to capitalize on the popularity of HBO’s The Jinx: The Life and Deaths of Robert Durst, a masterpiece of the genre that led to the arrest of its subject after the series was produced.

Tiger King, it appears, may also reopen a cold case. The popularity of the show has led police in Tampa, Florida to reexamine the 1997 disappearance of Carol Baskin’s husband, Jack ‘Don’ Lewis. Baskin, the most unlikable person in the documentary by far, and Joe Exotic’s nemesis, runs a sanctuary in Florida called Big Cat Rescue where she dedicates her time to shutting down private zoos like the one Exotic runs. Exotic spent years claiming Baskin murdered her husband and fed him to tigers. Baskin’s hippie flower crowns, tie-dyed shirts, and smug disposition, seated hands-in-lap alongside her wimpy, egg-headed and self-righteous third husband, couldn’t make for a more perfect arch-rival to Exotic’s gun-slinging, brash showmanship. Which calls to mind the glaring appeal of the series: even in this odd microcosm, we’re still reliving the 2016 election.

Suspected murder isn’t the only thing Baskin has in common with Hillary Clinton: the two resemble each other physically and in demeanor. Baskin is that serene authoritarian who enjoys the smell of her own flatulence, subscribes to the Sunday New York Times, and never questions her own benevolence and sense of justice. Exotic is the opposite, a deeply-flawed, chaotic libertine who, despite many grim details about his life and relationships, has in excess the most admirable quality a person can possess — grit. The internet wasted no time in picking up on the similarities and has been awash in memes juxtaposing Clinton’s face over Baskin’s and Trump’s over Exotic’s.

I’m beginning to think Joe Exotic may be the best gay role model I’ve ever seen on television. But the LGBT establishment has not been quick to claim him as one of their own, and I don’t think it has much to do with his predilection for preying on, and marrying, young, drug-addicted men — straight and gay. Much like Ed Buck, half the board of GLAAD (the Gay & Lesbian Alliance Against Defamation) probably does that each weekend. Exotic — a gun-lover celebrated by his community in rural Oklahoma — is not the right kind of gay, and his existence throws a wrench in the narrative that the other America is a hateful land where Christians hunt homos for sport.

The first openly transgender person elected mayor in the US was Stu Rasmussen, in 2008, of tiny, deeply-red Silverton, Oregon, population 10,313. Rasmussen was, too, a curiosity to coastal progressives and journalists, but not to anyone else. In small town America, there’s always been an in-group bias that takes precedence over things like race, religion, or sexuality. You might be a weird guy in a dress, but you’re our weird guy in a dress, the sentiment goes. The 1995 film To Wong Foo Thanks for Everything, Julie Newmar, about three New York City drag queens who get stranded in a rural town while on a cross-country road trip, was about precisely this. The drag queens, played by Patrick Swayze, Wesley Snipes, and John Leguizamo, discover the heathens they once feared were wonderful people who loved them once the queens proved themselves to be good people who contributed to the community. The Adventures of Priscilla, Queen of the Desert, a 1994 Australian film, had nearly the same plot. Neither of those films would be made today, where the aspirations of LGBT activists have moved from a sense of discovery to antagonizing the rest of the country, notably with a war machine of drag queen story time sessions for children in public libraries, whether anyone wants them or not.

In the United States, there are as many as 10,000 tigers living in captivity, many spread across private zoos like the one Exotic ran. In the wild, there are only about 4,000 tigers remaining.

In the end, Baskin, the villain, wins and Exotic is now serving 22 years in federal prison for a litany of flimsy charges, including a murder-for-hire plot (to kill Baskin) and killing some of his own tigers. Many people claim the appeal of Tiger King is that sense of self-superiority they got from watching, because everyone involved in this universe comes off as such a terrible human being. One subject in the film points out how everyone involved in this story built their lives around helping animals. In old footage, we meet a younger, more sparkly-eyed Exotic who appears genuinely motivated by a love the cats he hopes to rescue. Perhaps that’s the fascination with Tiger King. It reminds us for every guru, politician, do-gooder, and international charity organization, the aim will always be power and glory. 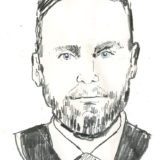