No wonder the Washington Post gave antifa a makeover

The Washington Post on Saturday released an essay profiling Portland antifa. The piece never uses the word ‘riot’; ‘violence’ is only mentioned in reference to clashes with the right, not police or besieged courthouse personnel. But the heart of the article isn’t its text. It’s the Post’s determined effort to show that while far-left rioters may claim to be anti-fascism, they are definitely not anti-fashion. The essay showcases antifa’s use of bike helmets, bespoke shields, and leaf blowers to create a trendy aesthetic for 2020. Antifa chic, if you will.

Cockburn suspects this piece may have a hidden agenda. For all our pretensions to rationality and civilization, humans are visual and emotional creatures. We like what is beautiful, and abhor what is ugly. The Post wants to exploit this, using slick photos give the antifa clique a positive brand.

And as mugshots from the Multnomah County Sheriff’s Office make clear, slick photos are exactly what antifa needs most: 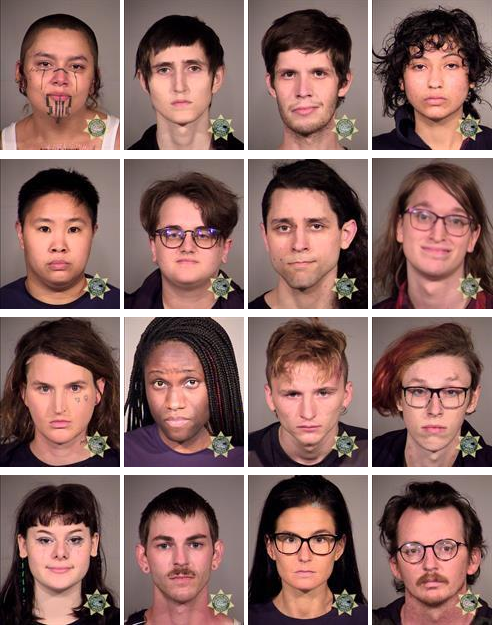 Gaze at the photos long enough, and you do start to think that antifa has a ‘type’. It just doesn’t seem to be the one the Washington Post is promoting.