My fingers on the kite bar screamed for mercy early in the day. I wore four sets of gloves, but it still felt as if someone ran a blowtorch across them 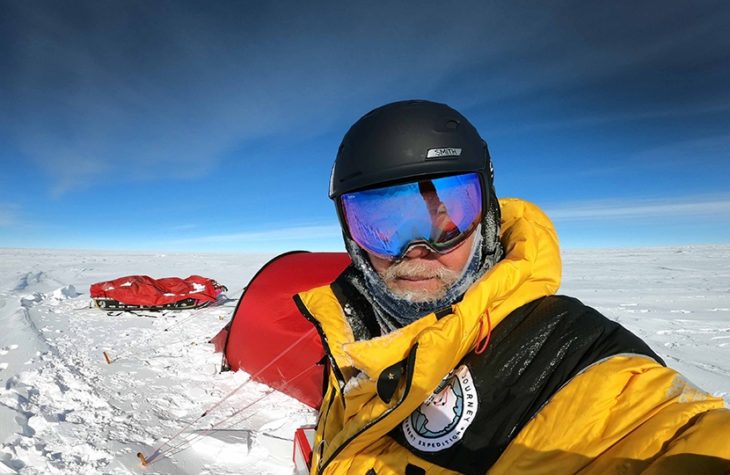 I arrived on Novolazarevskaya base on the northern coast of Antarctica in a Russian plane, flown by an ex-USSR air force pilot and his crew. I was here to begin the longest non-mechanized polar journey ever done by man — 13,422′ to the summit of Dome Argus, the highest and coldest point of the Antarctic plateau. The next morning, I headed south towards the Somo Veken glacier with my drop-off team. Over 14 hours we climbed to 9,000 feet and passed between majestic mountains jagged and untouched. Eventually we stopped between two peaks. This was Thor’s Hammer, my start point. After we unloaded the sleds, the cars turned, headed north and were gone. The silence drilled into me, as did the intense cold (-18˚F). The two sensations partnered to raise fear as I put up my tent. I reminded myself that as a solo polar traveler, the wolves of ‘fear’ and ‘loneliness’ travel with me. It would do no good at all to feed them now. For a long time that night I tamed my wild mind, and at some point in the early hours I drifted into sleep. Looking back on my journey now, it puts the isolation of the coronavirus lockdown into perspective.

I made little progress on day one, but that was to be expected. I was not acclimatized yet to the altitude and, as the cold tore at me, I was still working out my systems and processes. No rush, no panic. The big problem was that the first major goal, the Pole of Inaccessibility, 1,050 miles to the south-east, was upwind. This meant that my direction of travel was adding windchill to the already brutal air temperatures. Day two dawned after overnight temperatures that approached -49˚F. Once I started moving, I was copping -67˚F. I moved under kite power, the clever canvas pulling me upwind. My fingers on the kite bar screamed for mercy early in the day. I wore four sets of gloves, but it still felt as if someone ran a blowtorch across them. I pressed on for seven hours, then gave quarter to the elements. In the tent I removed my gloves and to my horror realized that the fingers on my left hand were frozen solid halfway down each top joint. If I’d traveled another half hour I would have lost them. As it was, it was a terrible mistake so early on. I would have to pay Antarctica more respect or she would claim more than just my fingertips.

By day 14 my daily mileage was increasing, as was my tolerance to the cold. I no longer felt like someone sat on my chest when I breathed the pure air. My confidence in my navigation, survival skills and endurance was also settling in. I felt I was where I was meant to be, where my odd collection of talents and skills fitted. I was giving it everything I had. Over the next month I made my way to the base of Dome Argus. Here the deep snow stopped me dead. I struggled to make distance: a mile and a quarter for eight solid hours of hauling, shuffling one sled forward at a time. The following day, a mile and a quarter in 15 hours. Through exhaustion and loss of perspective I approached despair. That night, my wife Sarah picked up on my poor mental state via the sat phone. She managed to talk me into eating, resting and rebuilding my desire to prevail. Over the next 48 hours I felt the mongrel spirit return. I pressed on, caught a miracle wind, and in one day covered the final 75 miles to the Dome’s summit.

I arrived at the summit alongside Kunlun, an abandoned Chinese research station, just after midnight. In a state close to exhaustion, I made camp and prepared a meal, thinking about my journey back to safety: 1,615 miles northwards. I had just taken my boots off when I heard what sounded like the bang of a gong, followed by a woman’s blood-curdling scream. Every muscle in my body tensed and I waited in silence for another scream to come. Hairs standing on end, I put my boots back on and ventured outside. The only footprints were my own. I approached the front door of the desolate station and knocked, then yelled. Eventually I opened the door and peered in. No human, no ghost, no trapped spirit. I returned to my tent, ate, and collapsed into my sleeping bag. Though the chill dropped below -49˚C within the tent, I barely felt it.

Day 56. I pressed towards Thor’s Hammer until all snow disappeared and I was on blue ice. My instincts sensed imminent danger. I looked ahead and saw the ice ran to a sheer cliff drop of several hundreds of yards. I turned sharp left, kited past a shark-fin-like nunatak (ridge of exposed rock), then into a bowl that let me correct my bearing. I then entered the deadliest stretch of my entire journey. The blue ice gave way to cracks, then fissures, then wide crevasses — a maze of death which seemed to run forever. I cursed my ill fortune and stupidity. The next two hours were terrifying as I crossed many snow bridges over huge chasms. I held my breath over each one. After so many miles, so many risks navigated, to die so close to safety seemed unthinkable. Finally, I reached solid ice once more. I raced down the slopes of the final glacier at mad speed. Novo station and runway are located within a dip in the ice, so that even from two miles away I could see no station. I started to doubt my navigation. Then I saw a plane, then buildings. I roared with joy. All my fears, doubts and fatigue washed away in a wave of elation and triumph. I would get to caress my wife’s face, hold her hand, hold my girls and my boys. I came to a stop at 4.11 a.m. on Day 58 after being on the move for 24 hours continuously. I felt renewed, complete — 3,297 miles, solo and unsupported. I had done what I said I would. I fell to my knees and gave thanks, overjoyed to be alive.

Geoff Wilson is a world-class explorer and a veterinarian. This article was originally published in The Spectator

’s UK magazine. Subscribe to the US edition here. 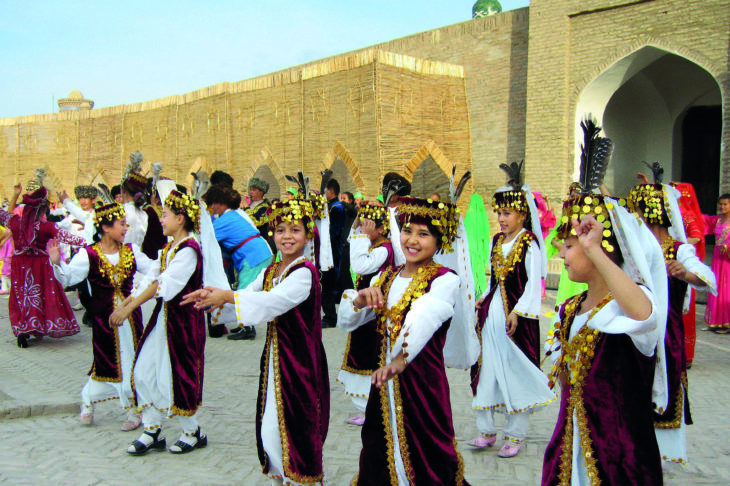 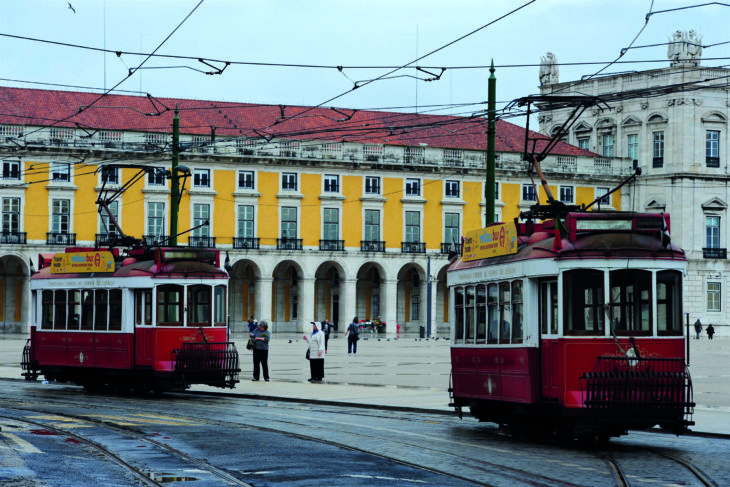 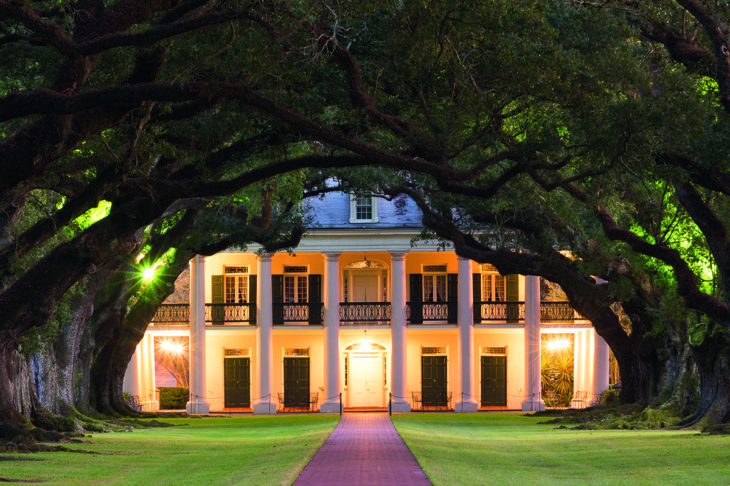