Biden vs Merkel: the battle over Russian gas is heating up 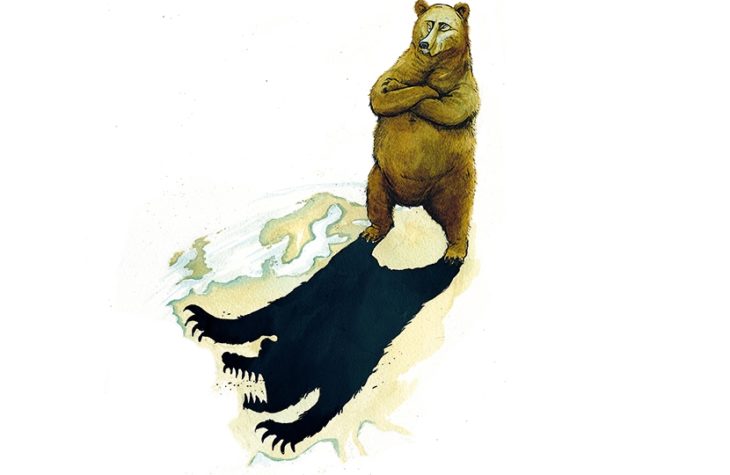 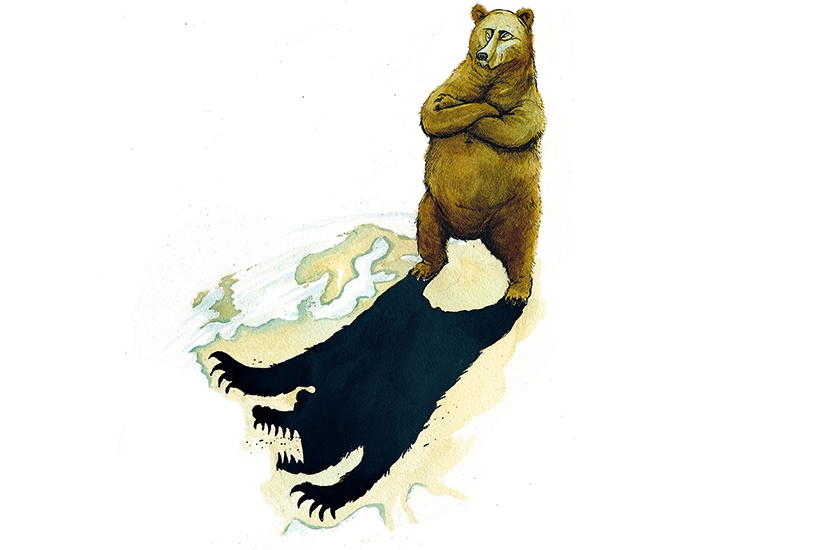 Biden vs Merkel: the battle over Russian gas is heating up

Two months ago, a Russian pipe-laying ship called the Akademik Cherskiy left the Baltic island of Rügen to finish the last few miles of the most controversial gas pipeline in the world. Germany hopes that Nord Stream 2 will improve its access to Russia’s vast reserves of natural gas. In America, however, the project is seen as a way for Moscow to exert influence over Europe. Its completion marks the biggest diplomatic crisis in transatlantic relations since the Iraq War and now, as then, we see Germany pitched against the US. But this time, Germany is far more determined.

Since its inception, the pipeline —which runs directly from Russia to Germany — has been opposed by many in Europe who share America’s concerns about dependency on Russian energy. Some see it as a ploy to allow Russia to stop sending gas via Ukraine so it can escalate the conflict there. After the arrest of Alexei Navalny, the European parliament voted to cancel the project, to no avail. In Poland, one minister even compared it to the Molotov-Ribbentrop Pact. That’s a vast exaggeration, but it’s indicative of the conspiracy theories that Nord Stream 2 has spawned. The Germans, for example, peddle the story that the Americans are against the project because they want to sell their own liquid natural gas to Europeans. That is not true either.

The row shows that the relationship between Germany and Russia is far closer than is generally understood. Gerhard Schröder, the former chancellor, is a personal friend of Vladimir Putin, whom he famously called a ‘flawless democrat’. Schröder now chairs the Nord Stream 2 supervisory board. While the company is based in Switzerland, it is fully owned by Gazprom, the Russian energy conglomerate. Angela Merkel has been more reserved in her praise for Putin, but when she and Putin meet, they talk in Russian.

Russia is not necessarily a country many Germans like, but it is a country they understand quite well. German politicians reacted almost euphorically to the interim test results of the Russian Sputnik V vaccine at the beginning of the month. Compare this with the way they scorned the Oxford-AstraZeneca vaccine after a German official leaked the false claim that it does not work for older people. Sputnik is, technically, very similar to Oxford. But that doesn’t seem to dampen the eagerness with which the Germans anticipate its arrival.

Strikingly, the European Union is simply not a player in this relationship. This was painfully clear in the Moscow trip made this month by Josep Borrell, the EU’s high representative for foreign and security policy. He was humiliated by Sergey Lavrov, Russia’s foreign minister, who announced to the world during their joint press conference that the EU was ‘an unreliable partner’. A German foreign minister would never have been treated in that way. Mr Borrell concluded later that the EU needed to rethink how it deals with Russia. Quite so. But it won’t happen, because Germany has no interest in letting the EU take over what is becoming a lucrative bilateral relationship.

What Germany and Russia have in common is a transactional definition of foreign policy. For Germany, it’s about facilitating trade and doing whatever it can to support its very large trade surplus. And if Putin starts to poison his opponents, like Navalny? When asked if she’d pull out of Nord Stream in protest, Merkel said the two issues should be ‘decoupled’. She likes to be on the record as condemning the treatment of a Russian opposition leader, but she is not willing to sacrifice political capital for him, let alone sacrifice much-needed gas supplies.

Merkel’s approach to energy policy over the past 10 years is one of the main reasons why Germany has become so dependent on Russia. After the Fukushima nuclear explosion in 2011, she decided to accelerate the phase-out of nuclear power in Germany. Her deadline is the end of next year. With nuclear power stations decommissioned, Germany has become far more reliant on fossil fuels in general — and Russian gas in particular — to satisfy the energy needs of its manufacturing industry. Germany does not have a plan B. This is why Berlin’s political establishment is united in support of the pipeline.

Merkel is now in her final months in power. But her successor as CDU leader (and perhaps as chancellor) is Armin Laschet, who is no less keen on good relations with Moscow. He has been critical of the ‘marketable anti-Putin populism’ spreading in Germany (a comment he made around the time that Russia was annexing Crimea). Nor was he shy, during the Syria conflict, about accusing the US of siding with Islamic State against Bashar al-Assad.

For now, Merkel’s strategy seems to be co-opting President Joe Biden into a diplomatic ceasefire by agreeing to disagree about Nord Steam while Germany presses ahead regardless. The early signals from Washington suggest the new administration will not let matters lie. In October, Biden’s staff released a statement saying he would ‘continue to oppose Nord Stream 2’ because he wanted to ‘strengthen Europe’s energy independence’. His new secretary of state, Antony Blinken, made clear in his confirmation hearings that the pipeline will continue to be a big issue in US-EU relations.

It’s hard to see Biden being fobbed off with diplomatic fudge. It’s possible that a compromise could be reached based on Germany agreeing to import far less gas from Russia than it currently plans — and that it would instead build sea terminals for liquid natural gas. But if this falls apart and things turn nasty, there are several moves that the US can make.

If Biden does decide to apply some stick, he can use the Protecting Europe’s Energy Security Act which was passed by a bipartisan majority in the US Congress in late 2019 and further tightened in December. The plan in Washington has been to threaten sanctions on any company with ships capable of finishing the project. ‘A pipeline that is 95 percent complete is a pipeline that is zero percent complete,’ said Republican senator Ted Cruz, who has led attempts to thwart Nord Stream. ‘Right now, it’s just a piece of metal at the bottom of the ocean.’ At first, this seemed to work: the Swiss-owned Allseas pulled out of Nord Stream 2 as soon as US sanctions were enacted.

But Russia then produced the Akademik Cherskiy which, it seems, has what it takes to finish the pipework. Washington has a few other cards to play. Its law allows sanctions against banks and insurance companies, but also, crucially, technical firms in charge of safety certification. They’re usually global businesses with reason to fear US sanctions. One, Zurich Insurance, has withdrawn for fear of losing access to the US market. Danish and Norwegian certifiers have done the same.

But as befits the new spirit of the times, Germany is fighting back against Washington. The German state government has even explored a loophole in US law. The legislature of Mecklenburg-Vorpommern voted to set up what appeared to be an innocuous climate foundation, which turned out to be a front for Nord Stream 2. The state government will pay about €200,000 as starting capital for the foundation, but the real money comes from Nord Stream, which pledged an initial €20 million, to rise up to €60 million. The purpose behind this state-controlled holding is not to save us from global warming, but to channel pipeline business through an entity that is exempt from US sanctions.

This is turning into a gloves-off fight. The US wants to stop Germany from becoming dependent on Russia. But Germany badly needs the energy and is keen to press ahead at any cost. What is not helping is the gradual deterioration in the bilateral relations between Berlin and Washington that started under the presidency of Ronald Reagan and reached successive low points under George W. Bush and Donald Trump.

Merkel concluded after last year’s US elections that Trumpism was not defeated, and may one day come back. She herself has gradually shifted from a position of strong advocacy of transatlantic relations during her time as opposition leader 18 years ago towards advocacy of European strategic autonomy. Nord Stream 2 constitutes an essential part of that shift.

But in moving away from America, Merkel splits the EU. The Baltic states share Poland’s fear of Russian power and are instinctively opposed. But so is France, a strong advocate of strategic autonomy. It is one thing to say that Europe needs to be ‘strategically autonomous’, quite another to agree on what that means. The pursuit of Nord Stream 2 is how Germany defines strategic autonomy. It doesn’t seem to care what the rest of Europe thinks.

So Nord Stream 2 — and Europe’s muddled thinking on strategic autonomy — will drive the EU and the US further away from each other. Whether it will drive the US and the UK closer together will depend on Boris Johnson. Biden and his team are no supporters of Brexit, and have made that very clear. But now that Brexit has happened, the US may decide its strategic relationship with the UK offers more commonality of purpose than an alliance with a geopolitically meandering EU.

And for those in the UK who are looking for a post-pandemic justification for Brexit: forget the vaccines. This is it.