‘The Wall is a practical solution to a long unsolved problem’ 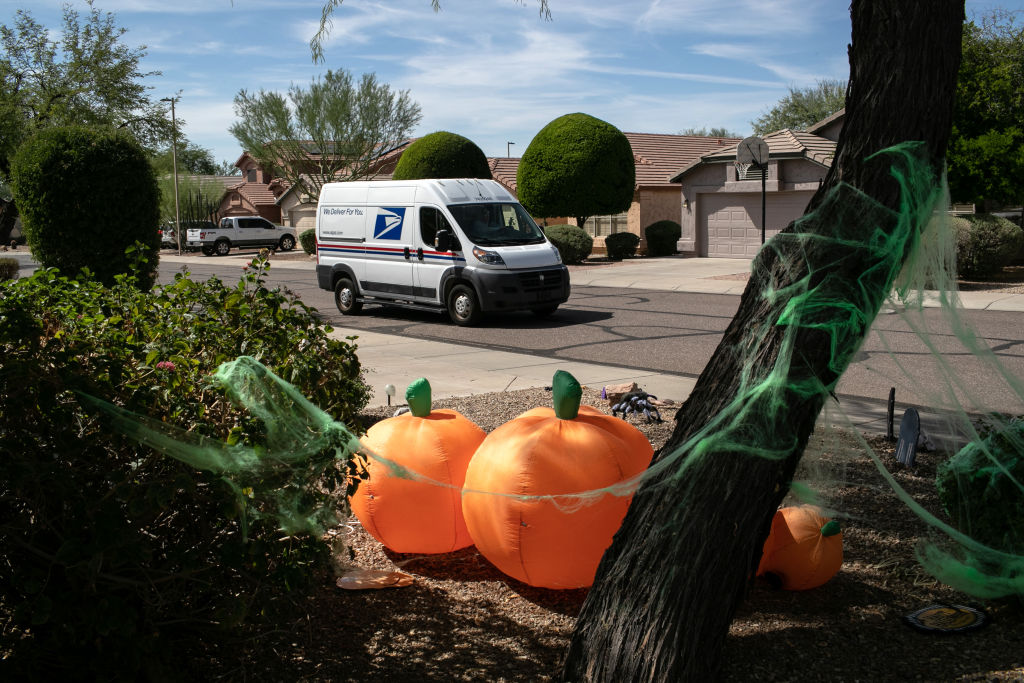 Suburban women are understood to be one of the most crucial demographic groups in the presidential election on November 3. Many pollsters currently predict that President Donald Trump will lose due to his unpopularity with that category of voters. But have the Democrats really reclaimed the suburbs? Or are there more likely Republican voters than the polls suggest? The Spectator tracked down a series of so-called ‘closet Trump’ voters, women from the suburbs who would never publicly voice their support for the President for fear of recrimination in their social circles. These are their stories.

I voted for Trump in 2016, and I absolutely cannot wait to vote for him again in 2020. The President has lived up to every expectation I had of him. He is a change agent. Period. I would love to be able to speak freely about the hope that I have for the future of the country and frankly, the world, because of his policies. Alas, I dare not say anything as I live in a small, uber-liberal college town in Northern Arizona and fear that myself, my children and my business would be negatively impacted if I openly admitted to being a Trump supporter.

I am a 50-year-old married woman. My husband and I have two children, aged 13 and 15. I have a bachelor’s degree with two years’ graduate work. We own a small business located in our quaint downtown district. I had been a Republican since my college years but had registered undeclared years ago having lost faith in the Republican party. I thought they were just as corrupt as the Democrats. They are both part of the Establishment, and in my opinion, work only for the system that keeps them in charge, instead of the people they are supposed to be working for. I also declared myself an independent because that sounded better to the people that I associated with in my town.

Both of my children showed an interest in acting and singing at a very young age, so we got involved in our very popular local theater. When I say involved, I mean very involved. I volunteered countless hours for the kids’ program and spent five years on the board of directors. The theater I tell you, was an unabashed bubble of pure elite liberalism. I dared not reveal my true views for fear that my kids would be shunned at a community, non-profit theater. This is certainly not the way it should be at a community space, but it was. I think some of the members may have suspected I was not truly one of ‘theirs’ because I never would comment in compliance with ‘orange man bad’ conversations and I did not ‘like’ any of their political Facebook posts. I was careful not to like political posts of any kind, so I could just fall back on the idea that I did not engage in politics publicly. It never ceased to amaze me that at public board meetings, board members would just openly declare Trump the most evil and stupidest man alive, as if there couldn’t possibly be any person in earshot that may have believed something different than them. I believe they sincerely did not think anyone could possibly not see things the way they did. Or maybe, they just didn’t care. It was a bubble after all. As difficult as all of this was for me, I endured it because my kids loved performing and this theater was the only game in town.

Fortunately, I have my family. My parents are ardent Trump supporters. We are able to have the conversations I long for about the state of things and the progress that Trump has made. We also talk about the horrible way President Trump is treated by the press and others. It astounds me that he has succeeded in bringing about a peace in the Middle East that no other president has even come close to achieving, and it is just being glossed over. I am also sad that President Trump, Melania, and the family are not allowed to enjoy themselves. Look at all they have achieved, yet they cannot just sit back and relish the moments of this presidency. It is not fair.

I also have my husband and his family to talk to. My husband’s nana was born in Mexico. His aunt, uncle and sister are vocal supporters of Trump. My husband’s aunt lives in a border town and was one of the first in their family to turn Republican and declare her support for Trump.

As a native Arizonan, I have watched as year after year, politician after politician, promises to address illegal immigration and the basically non-existent border between Arizona and Mexico. It never happened: until Trump, that is. Countries have borders and it’s the responsibility of our government to protect our country and its citizens by controlling the border. Doing so has nothing to do with race, so the idea that enforcing our laws as a country is inherently racist boggles my mind. I know my husband’s family doesn’t believe that. Then again, I know it’s just a tactic the left uses to promote their open border policy. The Wall is a practical solution to a long unsolved problem. As the mom of two teenagers, how could I not support something that limits the dangerous and illegal drugs entering our country and the human traffickers that prey on the vulnerable seeking a better life? Also, the legal immigrants that have come to this country and have gone through the long arduous process of becoming a US citizen deserve to have those efforts preserved by a strong border policy. It’s pretty simple really.

On COVID, I believe Trump has done an admirable job as a leader trying to balance health, safety and economic issues during an unprecedented situation that every country on earth is dealing with. All these factors are equally important to our society. Along with Trump, Doug Ducey, the Republican governor of Arizona, has been a leader in moving forward from this pandemic. Unfortunately, the predictably liberal leaders in my town chose to not follow this path and to this date, our kids are only able to attend school remotely. Before school began in August, the school board sent a district wide survey asking parents their preferred schooling option. An overwhelming majority of families opted for in-person schooling to begin immediately. The superintendent and school board, however, did not agree and actually voted down the will of parents and taxpayers in the school district. To this date, my son, a freshman in high school who was accepted into a special engineering and science program, is learning remotely. He spends his school day staring at a computer screen instead of being hands on in those amazing engineering and science labs that he had been working toward and looking forward to since fourth grade. At this time, moving to in-person schooling is on hold until certain numbers regarding new COVID cases are achieved. Call me cynical, but I suspect it has more to do with the date of the presidential election and that the numbers of new COVID cases will become acceptable soon after November 3. In the meantime, I feel so sad for my son and all the other students who will never get this time back and are victims of this political game. Finally, I know some people, even Trump supporters, get dismayed with things Trump says or tweets. I don’t. If Trump wasn’t exactly who he is, he wouldn’t be where he is and we wouldn’t be where we are, on the verge of draining the DC swamp.

So that is my secret Trump supporter story in a nutshell. I am a Trump supporter. I am not a racist. I am not a homophobe, or any other ‘phobe’ for that matter. I love the USA. I hope and pray Trump wins in November. I wish I could shout it from my rooftop. Maybe I’ll get brave and do it, but probably not.