Police are not the root of our problems. Academia is 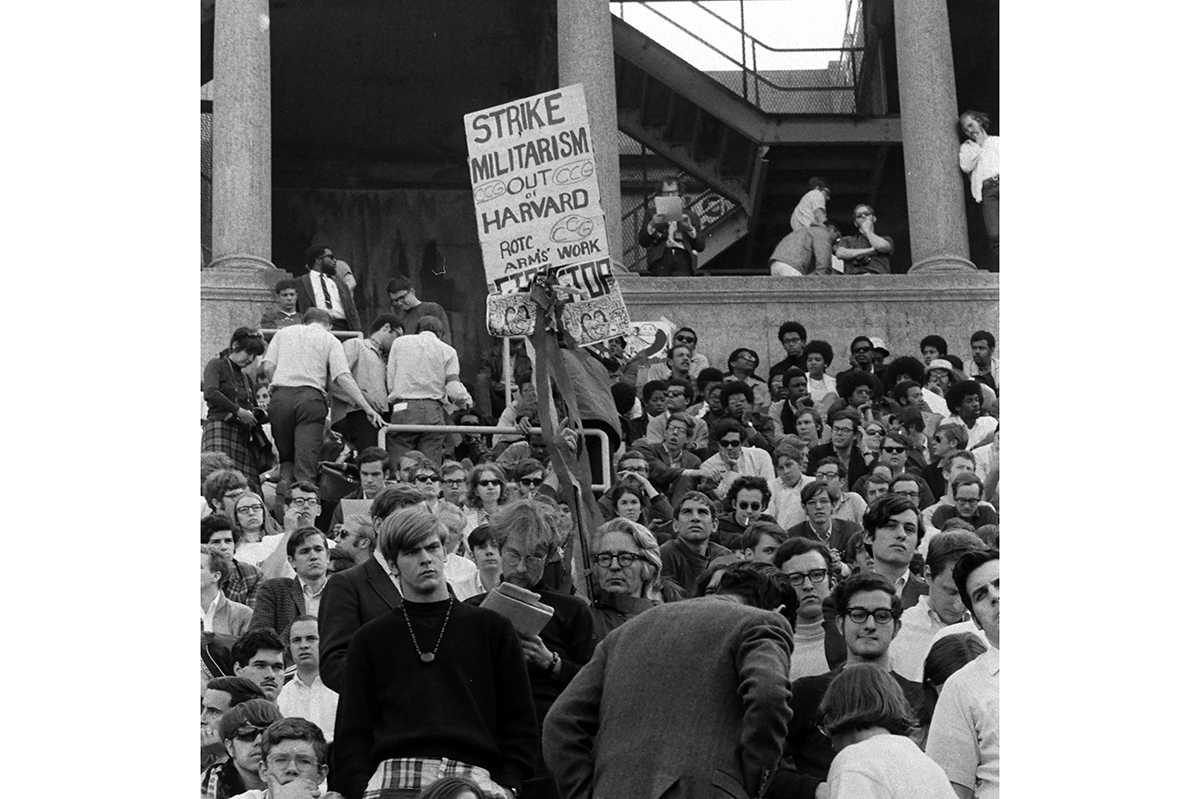 ‘Defund the police!’ That’s the spray-painted, placarded, pixeled demand of the moment. The American left, from Black Lives Matterers to their knee-taking social-justice allies in their hydrangea-colored masks, has decided now is the moment to drain public resources from the custodians of public order.

I have an alternative. Now is the moment to defund the colleges. We should defund them because they are the root of the virulent anti-Americanism that feeds the riots, the looting and the learned helplessness that afflict the country. And they have been feeding the protest culture for generations. The chief lesson taught by our nation’s colleges and universities is soft disdain for our country and its forms of self-government. And the soft disdain ripens to outright antipathy for about a quarter of the graduates.

Defunding the police is a supposed cure for endemic racism and white supremacy. But America is not a racist country. To denounce America as racist is to accept a falsification of history and a wild distortion of the everyday reality experienced by Americans of every race. That some Americans of every race are racists doesn’t mean the country is racist. Racism is a feeble and fugitive feature of American life.

Why are so many Americans at the moment willing to endorse such a manifestly false claim? Because so many Americans have been to colleges that marinate them in the brine of Howard Zinn-style Marxist polemics against America, feminist screeds against patriarchy, black victimization narratives and the whole gamut of identitarian, teeth-gnashing nonsense. The graduates then walk these messages across the street to jobs in media, entertainment and technology where the visceral hatred of American values has become the elevator key to the executive suite. America has a real problem not with racism but with miseducation. We can start fixing that problem by defunding the colleges.

How? By refusing to cut checks to annual alumni-giving campaigns and by enrolling our children in educational programs outside the reach of the Despise-America-First cabal that runs most of our colleges and universities. Then, by rolling back the massive subsidies that state and federal government put into higher education. The subsidies are a thick-shelled nut of special interests that won’t be easy to crack, but the private donations and tuition payments could stop this minute if Americans realized what their money actually pays for.

Defunding colleges would revitalize America. It would restore our intellectual freedom, open wide the doors of educational opportunity and liberate us from the stranglehold of cultural pessimism that has turned Americans into self-pitying addicts of doomful prophecies. Whether it is the catastrophe of climate change, insufficient solicitude to the misgendered minority, the rape culture, the heartless refusal of the government to open our borders to all comers, the continuing enrichment of corporations or other such monsters under the bed, the fons et origo of all these delusions is the college campus. It is the greenhouse for fostering the idea in the soft minds of college freshmen that the grown-ups are hiding the disaster that lurks just around the corner.

It turns out a disaster was waiting around the corner, just not the one so eagerly anticipated by the dystopian professoriate. The COVID-19 epidemic now appears far less dire than predicted in all respects except the panicked overreaction of officialdom, which turned a health alert into a mandate to shutter the economy and send everyone home — including the professors and some 19 million college students.

That storyline intersects with ‘Defund the Colleges’ in two ways. COVID is already defunding American higher education. Colleges and universities across the country are claiming shutdown-induced deficits in the tens and sometimes hundreds of millions of dollars. The higher-ed sector received $14 billion as part of the CARES Act and the American Council on Education has been insisting it needs $46 billion more, without which some institutions and many programs will wither away. We can hope that’s true, but Congress no doubt will feel intense political pressure to ante up. But COVID is also steering colleges to another precipice. Enrollments were shrinking before the shutdown, but the virus-induced switchover to online instruction along with continuing fears of infection may deter many students from enrolling in the new academic year. Estimates run as high as 20 percent of the students detouring from college come this fall.

These are good tidings for those of us who think college has been oversold to Americans and that it has abused its authority by beckoning students into political activism. Any doubts about that should have been put to rest by how higher education has responded to the recent protests-cum-riots.

Last week I collected about 100 published statements from colleges decrying the killing of George Floyd. These statements differed from one another as much as one masked antifa rioter differs from the next. The essentials were the same: horror at the killing of Floyd, recognition that COVID-19 has been hard on everyone but especially the black community, and avowal that the college will henceforth align itself even more fervently to anti-racism in the midst of our profoundly racist society.

Such declarations come from the commanding heights of higher education (Larry Bacow, the president of Harvard) down to its more pedestrian avatars (Tim Cloyd, the president of Drury University in Springfield, Missouri). But I’ll quote from Wendy Raymond, the president of my alma mater, Haverford College, who stayed on script. From Mr Floyd’s killing, she moved to ‘the harmful impacts of the COVID-19 pandemic on communities of color’. She empathized with the ‘grief, anger and outrage’ of the black community and then firmly aligned the college with those who see America as mostly in the wrong. President Raymond elaborated on our need ‘to grow our intellectual, social, and emotional intelligence about racism, inequality, and inequities — racism and inequities in America and racism and inequities in our own ways of knowing and being’. Her anti-racist babble flows onward like an inexhaustible spring of Pellegrino water, incessantly murmuring, ‘We must change.’ Especially, ‘We White members of this community’ — and it is no small change. ‘This generally requires persistence and risk, debts that we will owe perhaps forever, unless we might be able to pay them forward by the positive impacts of our anti-racist future.’

I remember this music from the first weeks of my freshman year at Haverford in 1971, when the administration of the college similarly collapsed in bathos when a cohort of underprepared black students protested that the college wasn’t fulfilling its commitment to educate them. Forty-nine years later, the brook is still babbling the same guilt–ridden platitudes.

Read five or 10 or 50 such statements, and it is clear that American higher education is in the hands of a clerisy, the members of which apparently all went to the same seminary and worship the same color-coded god, Lord Diversity, and his attendants, Black Resentment and White Guilt. It is a familiar catechism, most recently adapted for grade-school instruction by Nikole Hannah-Jones in her August 2019 special issue of the New York Times announcing the 1619 Project. Hannah-Jones laid the predicate for today’s riots by teaching us that America has been a ‘slavocracy’ for 400 years. Hers is a bizarre chronology that extends slavery in both directions historically, from 75 years before slavery actually took hold in the South to 150 years after Emancipation.

The 1619 Project is rife with historical howlers, such as the idea that the American Revolution was fought to perpetuate slavery. Some eminent historians have called out those errors, but for the most part the academy has taken a knee. Some historians excused their silence by saying they didn’t want to cast aspersions on the project as a whole, which serves the wholesome purpose of indicting White Supremacy. Hannah-Jones has been back in the news for her explanation that ‘Destroying property, which can be replaced, is not violence’ when it is carried out by aggrieved blacks, who are ‘not respecting the law because the law is not respecting them’.

Let’s go back to the war cry ‘Defund the police’. What exactly this means, I doubt even the proponents of the idea really know. Are we to abolish the police altogether and rely on private initiatives to keep the peace? Or do the proponents of defunding simply want to reduce public spending to the point where the thin blue line is reduced to the random blue dot?

Annie Lowrey, a staff writer for the Atlantic, offered one attempt to give some rational content to this Black Lives Matter slogan. In her view, ‘Defund the police’ translates to ‘Shift financing away from surveillance and punishment, and toward fostering equitable, healthy and safe communities’.

Let me acknowledge that cops are not angels. I’ve known some bad ones, and cops have authority and a license to use force, which is all too easily corrupted. That said, most cops do a hard job reasonably well; the vast majority are honest, and most Americans are grateful they are on the job.

I would not want to live in an America without them. As I write this from my office in Midtown Manhattan, I am surrounded by hundreds of boarded-up storefronts. In some places shards of glass still litter the sidewalk. Plywood barriers were often not enough to stop the ‘protesters’, who ripped away the boards, smashed the glass and looted with abandon. The entirety of New York City’s police was not enough to stop the frenzy or regain control of the streets.

Lowrey’s rationale for defunding the police is that it would divert funds from ‘prisons, guns, warplanes, armored vehicles, detention facilities, courts, jails, drones and patrols’ to ‘food support, aid for teenage parents, help for the homeless, childcare for working families, safe housing and so on’. The ‘so on’ includes ‘housing-first programs, creating subsidized jobs for the formerly incarcerated and expanding initiatives to have mental health professionals and social workers respond to emergency calls’.

That is to say, Lowrey offers a more genteel form of looting — one that relies on appropriations hurled through budget committees rather than bricks through windows. The left’s entire social-justice agenda could gain a rich infusion of new funds if we beggar the police.

We would, I submit, be on a path to a better, more enlightened society if we defunded the colleges instead. The colleges that survive the coming debacle will be the stronger for it. Propping them up in their hour of weakness will simply help a malignant force in our culture continue to erode our national confidence and self-respect. Real higher education will emerge in new and healthier forms. And we won’t be training up yet another generation to loathe our civic institutions. It’s time to follow Andrew Cuomo’s counsel and put alma mater in the nursing home with the other COVID victims.

This article is in The Spectator’s July 2020 US edition.