The gang wars of Paris 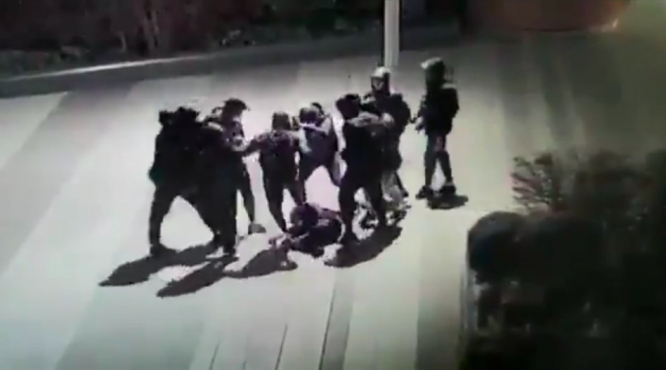 The gang wars of Paris

The political, celebrity and media elite expressed their outrage as footage of the attack went viral. The French soccer player Antoine Griezmann, for example, tweeted his support for the teenager, as did Gérald Darmanin, the interior minister, and the city mayor Anne Hidalgo.

It has subsequently been alleged that there was more to the attack than first relayed by the media. According to prosecutors, Yuriy had a screwdriver on his person when he was attacked and there are allegations he may have been a member of a rival gang.

In the same week that Yuriy was accosted, a 13-year-old boy was badly beaten and nearly thrown under the wheels of the car. Fortunately the driver managed to brake hard as the youth tumbled in front of her vehicle. This attack did not make the news. It happened a few hundred yards from where my ex-wife works as a teacher in a state school in Seine-Saint-Denis. The boys involved were all in her class.

She is understandably cynical about the media and political coverage devoted to the unfortunate Yuriy. Had he been African or living in Seine-Saint-Denis she wonders whether his beating would have made the news, with or without its capture on camera. It takes a killing for the media to take notice of Seine-Saint-Denis, like the murder of 13-year-old Aboubakar, battered to death in a gang fight in 2018. At the time a local councillor complained: ‘This death was avoidable since we have alerted the state detailing the situation. Letters, rallies, more letters, all in vain…we live in an era of political disconnection.’

Seine-Saint-Denis is a deprived and, for most Parisians, an alien suburb in the north of the city. Were it not for the fact that the national soccer and rugby stadium, the Stade de France, is situated in Seine-Saint-Denis, few of the capital’s inhabitants would ever venture there.

It’s when the violence intrudes into the more upmarket districts of Paris that it makes the national news. The mayor of the 15th arrondissement, Philippe Goujon, said after Yuriy’s attack: ‘As elsewhere, it’s a gang phenomenon, but what’s new is that such acts are becoming more and more violent.’

Six youngsters were killed in gang clashes in 2017 and 2018, and Marwan Mohammed, a sociologist, said recently: ‘It’s impossible to confirm if there’s an increase in violence or an upsurge in gang membership because we haven’t the means to compile a social and geographical profile of the clashes.’

What does distinguish the 21st-century Parisian gangs — police estimate there are 46 in the Greater Paris area, 15 of which are in the capital — is what Thomas Sauvadet, a professor in youth sociology describes as the ‘collective narcissism’ behind the violence, which ‘compensates for all the misery of the gang members’.

My ex-wife agrees. She told me that the children who tried to kill their classmate are impoverished, aggressive and inarticulate, unable to express themselves in any way other than through violence. Fighting gives them a thrill and belonging to a gang provides them with an identity.

This is a growing phenomenon in France. Today’s Figaro reports that there were 357 gang clashes in Metropolitan France in 2020, a 24 percent increase on the previous year, and the paper states that the number of minors arrested for violence in France has rocketed from 24,000 in 1996 to 57,000 in 2018.

Marwan Mohammed blames social media for this sharp rise. ‘A message on Snapchat can alert and mobilize dozens of people in an instant,’ he says, and then, when the fight erupts, it’s filmed and broadcast on the same platform.

To meet the growing violence, four police units were established in April 2019 to specifically respond to the ‘problems of security’ in Parisian schools. It’s an admirable initiative but one my ex-wife believes is doomed to failure. The children she teaches are becoming ever more violent with one another. The problem she says is that this is a generation who have been raised not by parents but by a cell phone. That’s who they answer to, that’s whose approval they seek, by brutalizing one of their peers and then uploading it onto their phone. 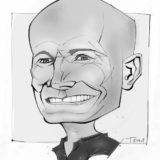