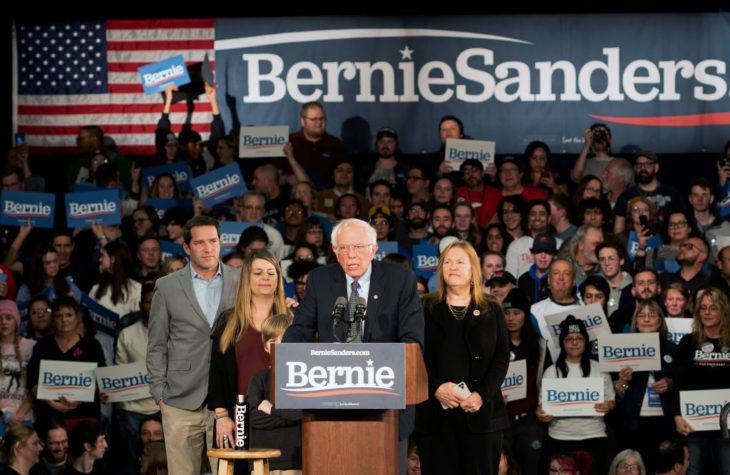 The results from Iowa are still trickling in, but however much confusion there is in Des Moines, the choices that lie ahead for Democrats are clear. There are some questions the party’s leaders and voters can’t put off answering for much longer.

How long will they prop up former Vice President Joe Biden? Whoever is ultimately crowned the winner in Iowa, Biden was among the losers — a distant fourth place finish from the nominal frontrunner and establishment favorite in the kind of state he is supposed to be able to win back from President Trump.

We’ve seen establishment candidates survive weak showings in the early states only to right the ship in a state like South Carolina before, usually on the Republican side. But nobody has had to do so from such a position of weakness. Neither George H.W. Bush nor Mitt Romney finished fourth in Iowa. Bob Dole actually won, however narrowly. John McCain bypassed the caucuses in 2008 and had a clear path to victory in New Hampshire. He still came in third. Biden barely performed like a top-tier candidate.

Should centrist Democrats switch to Pete Buttigieg? The former South Bend mayor is the early ‘winner’ of Iowa, even if winning the delegate count while losing the popular vote is a tough sell in a party that supposedly wants to abolish the Electoral College and has already reduced the role of its ‘superdelegates’ in the 2020 nomination process. Still, he is more youthful and vibrant than Biden. Mayor Pete is an undeniable political talent.

At the same time, Buttigieg clearly rubs vast swathes of progressives in his own age bracket the wrong way. He built the résumé of someone who has been reciting his inaugural address in the mirror since junior high school. He has so far gotten away with the opportunistic dancing from left to center and back that doomed Kamala Harris. How many people the online left truly represents is an open question. But Buttigieg has an even bigger problem with black voters that would be risky to carry into a general election. He’s also never been elected anywhere larger than South Bend.

Why not Michael Bloomberg? The former New York City mayor is another, deep-pocketed option for centrists who are worried that Biden can’t go the distance but aren’t quite ready to bet the presidency on a 38-year-old small city mayor. Bloomberg punted on Iowa and is bypassing the early states to flood the Super Tuesday contests with advertising money. This strategy has usually failed, but Bloomberg is a lot richer than any previous candidate who has tried it and he could be entering the picture at the precise moment Biden’s campaign is unraveling.

Yet nominating a billionaire who is even wealthier than Trump over more progressive options seems like a misreading of the moment. Bloomberg’s technocratic neoliberalism might help Democrats consolidate their gains in the suburbs, but it also seems like a poor fit for the Rust Belt states that will decide the election. He seems like the perfect foil for Trump’s populism, maybe even more than the next candidate on my list.

When is it over for Elizabeth Warren? The Massachusetts senator is poised to finish third in Iowa after being more or less left for dead. She clearly still has a base and it isn’t going to abandon her for other candidates lightly. But a looming defeat in New Hampshire would seem to be a serious obstacle to her having a real path to the nomination, at which point she merely divides the progressive vote. She becomes the left’s Amy Klobuchar, albeit with deeper pockets of support.

What about Bernie? Sanders, the senator from Vermont, is leading in the Iowa raw vote count at this writing. Polls suggest he will win New Hampshire. He has been creeping into the lead nationally. He has plenty of money from small donors And the failure of the field to winnow may redound to his benefit.

Sanders the socialist is risky for all the obvious reasons. Watching Trump’s powerful State of the Union performance, however, you can also see where he is well positioned to capitalize on the risks inherent in the president’s reelection strategy. Running against Sanders potentially takes all the issues where Trump is different from a normal Republican — trade, globalization and ending the endless wars — off the table. Sanders can claim to do better for voters who want those things in a way that Biden or Bloomberg simply cannot. Trump will be left running a conventional left-right campaign and talking up the economy, hoping his cultural solidarity with the white working class holds up and that Republicans don’t become the boy who cried wolf on socialism. Call Bill Clinton a socialist and no one may believe you when the real socialist comes.

That leaves us with an important question not for the Democratic party’s voters, but its establishment: what do you do if Sanders is winning the nomination? Do you let it happen? Or do you pull out all the stops to deny him the prize, perhaps with a contested convention and the intervention of superdelegates in Milwaukee? Sanders is a high-risk but possibly high-reward candidate. He also has the voters most likely to stay home or even vote for Trump if they feel cheated for the second election in a row.

This dilemma is the Democrats’ second biggest problem after the Iowa debacle. The first? The fact that a nearly 80-year-old socialist who recently suffered a heart attack may be their strongest general election candidate.

W. James Antle III is the editor of The American Conservative.