Can Spain’s faith in the EU survive COVID? 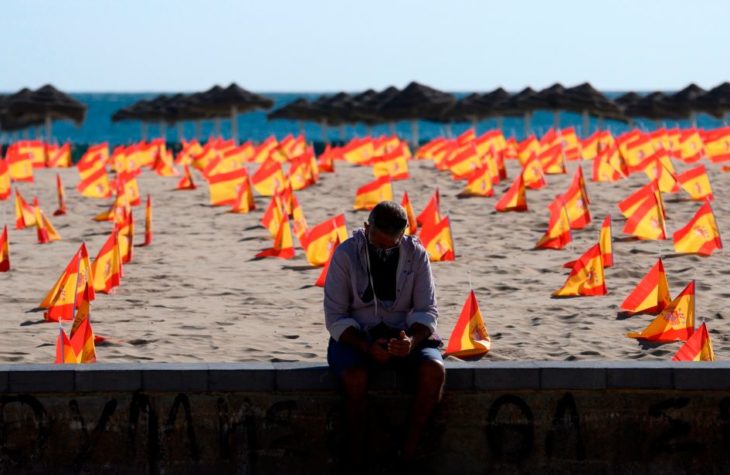 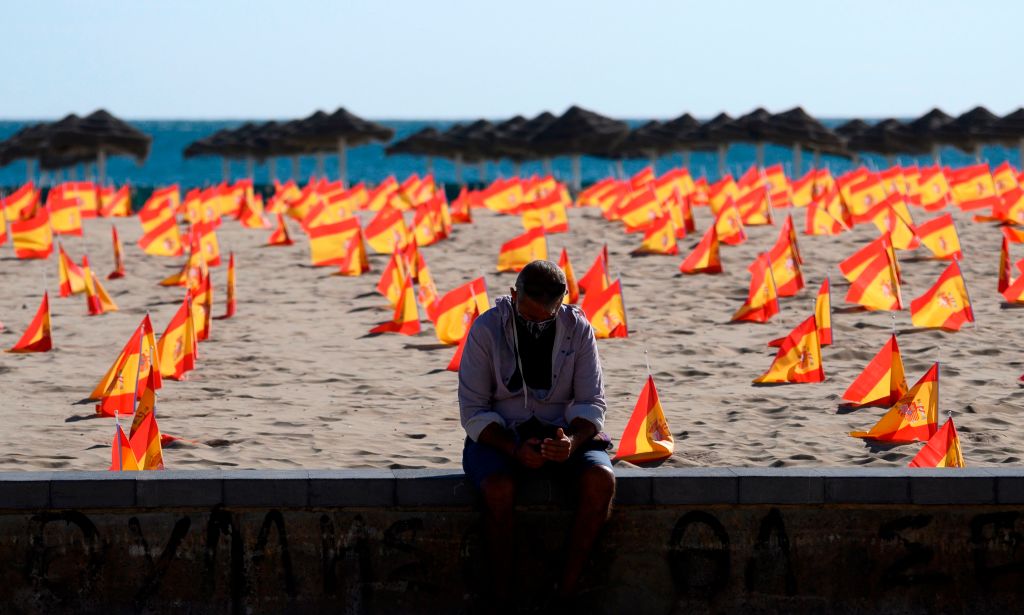 Can Spain’s faith in the EU survive COVID?

According to ancient Moorish legend, when the world was created each land was given five wishes. Spain’s first four wishes — for clear skies, seas full of fish, good fruit, and beautiful women — were all granted, but the fifth, for good government, was denied on the grounds that to grant that too would create a paradise on earth.

Certainly over the last couple of centuries, good government in Spain has tended to be conspicuous by its absence. Philosopher Ortega y Gasset summed up Spain’s tragic history and its desire to become more like the liberal democratic European countries in his famous phrase: ‘Spain is the problem and Europe the solution.’

It seems that many Spaniards agree: the European Union is widely regarded as an unquestionably good thing for Spain. Both the major parties, the left-wing PSOE and the right-wing PP, who have alternated in power over the last 40 years, are unconditionally pro-EU.

In the referendum held in 2005, some 76 percent of voters said they approved of the treaty establishing a European constitution (which in the event was replaced by the Treaty of Lisbon).

Although the austerity measures taken at the EU’s instigation during the financial crisis might have been expected to shake this faith, even in those dark days Spaniards remained overwhelmingly in favor of EU membership.

Despite the painful restructuring of the economy and all the unemployment and poverty, the EU continued to be seen by many Spaniards as an institution that provides funds and help. It was Spain’s corrupt politicians, many felt, who had a lot to answer for and also the country as a whole had been guilty of living beyond its means.

But if Spain had only itself to blame back then, that is clearly not the case now; the country did nothing to deserve the pandemic which has seriously damaged an economy dependent on hostelry and tourism. The immediate assumption when COVID struck was that the EU would lose no time in showing its solidarity and coming to Spain’s aid.

That faith in the EU however seemed to waver momentarily in the summer when it appeared that the pandemic recovery fund might not in fact be approved: it was noticeable how angry that possibility made Spaniards. When the fund finally got the go-ahead, there was an almost audible sigh of relief as any doubts about the EU’s good faith were removed.

Could the slow rollout of the EU’s vaccine program now give rise to fresh doubts? The speed of this affects everyone directly, and Spain and the other EU countries are lagging far behind the UK. Could the delay in vaccination cause Spaniards to lose their faith in the European project?

So far there are few signs of that. Articles and letters in Spanish newspapers acknowledge that the UK is well ahead of all the EU countries and that the gap is widening, but they also emphasize the EU’s highly principled and coordinated approach. If, say, Germany, Austria and Denmark had acted independently, the reasoning goes, they would now have numbers nearer to those of the UK and Israel but instead they have chosen to show solidarity with their European partners.

It is not, one article in the national press has argued, a matter only of efficiency and efficacy, but rather one of efficiency, efficacy and equality. It would be wrong for the rich Swedes and Germans to leave the poorer Greeks and Bulgarians behind. Sacrifices now will help build a better European future for all. Meanwhile, another correspondent said he was greatly moved to see how carefully coordinated the EU’s management of the vaccine program is. He went on to praise the EU’s show of unity so soon after Brexit which, he added confidently, is sure to cause the UK great harm.

For many in Spain then, it seems that this display of high principle and coordination confirms that their fifth wish — for good government — has finally been granted, courtesy of the European Union. It will, of course, help maintain that faith in the EU if the promised pandemic recovery funds arrive soon enough, are sufficient and do not have unacceptable strings attached.

But will confidence in project Europe survive if, as seems quite possible, the UK gets fully vaccinated weeks before Spain and then steams ahead economically? An editorial in the staunchly pro-EU El País this week, one of Spain’s leading national dailies, makes for worrying reading for the EU. While commending the idea of centralized purchase of vaccines, it suggests the slow rollout is potentially a ‘lethal danger to the EU’, not only in terms of public health and the economy, but also because ‘the failure of the vaccination plan would unleash a crisis of confidence in the competence of European institutions that would be difficult to repair.’