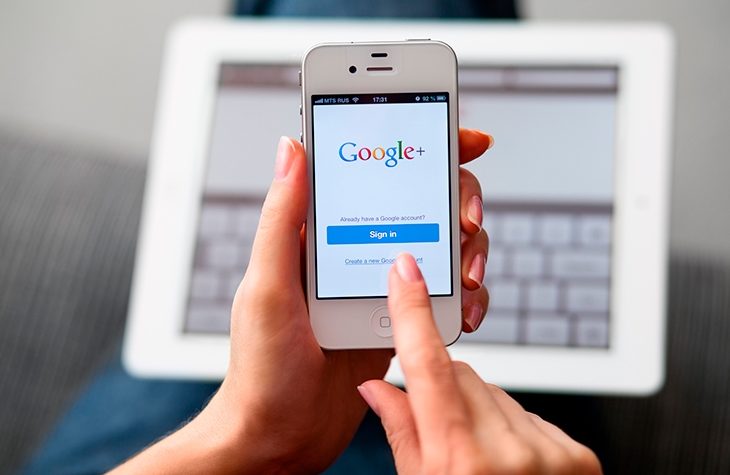 My research assistant, John Steele, is also a songwriter. A friend emailed him with the lyrics of a Fleetwood Mac number. These days Google often appends emails with a shortcut to save you typing your own answer by suggesting one or two likely responses. In the Fleetwood Mac lyric a former lover wonders whether her ex can see her reflection in the snow-covered hills. Google’s suggestion was ‘No’.

Musicians have pondered some of life’s most profound questions, so John and I tried posing a few in emails, to see Google’s suggested response. Some were hilarious. If only David Bowie were here to know that ‘Yes!’, there is life on Mars. To Freddie Mercury’s ‘Is this the real life?’ the suggested answer is ‘Yes’. Mind you, to his question ‘Is this just fantasy?’ the answer is ‘Yes’ too. And to Patti Page, who wonders how much is that doggie in the window, I must reply ‘I’m not sure’.

‘Should I stay or should I go? asks Joe Strummer. ‘You can go.’ And if Elton asks whether I can feel the love tonight, my recommended response is ‘Sure, what time?’ Google knows me better than I know myself, so when Bryan Adams asks if I ever really loved a woman, I’m discreetly prompted with ‘Not really’.

I prefer to see life as erratic and undeterminable, but Google finds the answers surprisingly predictable. ‘What’s going on?’ asks Marvin Gaye. ‘Nothing,’ I reply. And again to Stevie Nicks — What is love? ‘Nothing.’ ‘Who is Sylvia, what is she?’ — Google wants me to reply to Franz Schubert: ‘Who are you?’ ‘Is it getting better, or do you feel the same?’ — ‘A little better’, thanks Bono. ‘Why do the birds go on singing?’ ‘Why not?’ — Skeeter Davis, why ever bloody not, I mock.

And it’s true that real human intelligence reads between lines, creates its own rules, ponders, tinkers, dreams, spotting nuances that even the owner of the intelligence does not consciously realize or understand; whereas artificial intelligence only tries to mimic this. And we know too that Google doesn’t really ‘know’ — it only spots patterns, then guesses. But mock as I may, it’s sobering how often an algorithm’s simple mimicry of our fellow emailers’ responses gets ours right too.

So are we as different from each other, as individual, as we suppose? That our responses to common questions can be predicted with a good measure of accuracy suggests not. The late TV host Terry Wogan loved to open a conversation by asking his audience: ‘Am I alone in thinking…?’ Usually he wasn’t, and knew it; but the question tapped into a curiosity that so often teases: how alike are others? How much of our response to the world is shared with others?

Well, it seems the answer is ‘Quite a lot’.

Finding out used to be laborious, often embarrassing. There were questions you didn’t like to ask. Now you just type the beginning of the interrogative sentence into Google Search. Then your screen will often (as a suggestion) finish off your question for you — guess, as it were, what was on your mind. From these guesses you’ll know (because an algorithm has told Google so) that millions of others have made the same enquiry. And it feels blessedly anonymous. You haven’t (you think) laid bare your curiosities to a wider audience — the wider audience have laid bare their curiosities to you. Type ‘a lump around’ and your screen will guess that it was ‘my nipple’ or ‘my groin’ that you were going to type next. Try ‘a lump inside’ and you’ll get ‘my bum’.

Younger readers may find nothing surprising in this. For my generation, though, the realization that there must be millions like each of us — same anxieties, tastes, curiosities — is by turns surprising, humbling and yet comforting. One is not alone! None of us is as special as we imagine. There are 11 million websites to help those of us who have enquired about the gender of angels; half the world seems to want to know what would happen if you put a purple shampoo on brown hair. And think of some niche sexual fantasy that for some peculiar reason turns you on, then try searching online porn. You will not be alone, my friend!

There are half a billion platforms out there for those of us who have asked our computers the best way to handle a pandemic. Ask in an email and you’ll see the suggested reply ‘I don’t know’. Google is at least honest. But we’re still in the IT Stone Age. The day will come when Google’s successors suggest replying: ‘Define what you mean by “best”.’ Then it is we who will be stumped, because with this pandemic there’s so much we don’t know how to cost, or weigh against other desiderata. Too many variants. Too little understanding.

One day ours may be the lesser intelligence, trying to mimic our computers instead of the other way round. Computers of the future may become depressed, frustrated, that humans are only collecting their outward responses, but with no deep understanding of what they mean by their enquiries. Meanwhile, though I giggle at Google’s occasional misunderstanding of what I’d meant to ask, and bristle at any machine’s assumptions about what I wanted to know, I have quietly accepted that my interior life (and yours) may be rather accurately guessed at by an algorithm.

Am I depressed? No, I console myself with the words of my late mother’s favorite mystic writer, the 17th-century Thomas Traherne. The first few lines of his advice are famous: ‘You never enjoy the world aright, till the Sea itself floweth in your veins, till you are clothed with the heavens, and crowned with the stars: and perceive yourself to be the sole heir of the whole world…’

But for me the important bit comes next: ‘…and more than so, because men are in it who are every one sole heirs as well as you.’ We are in company, reader. And that’s a good thing. 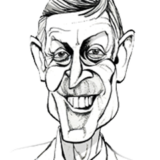 Matthew Parris is a columnist for The Spectator and The Times.