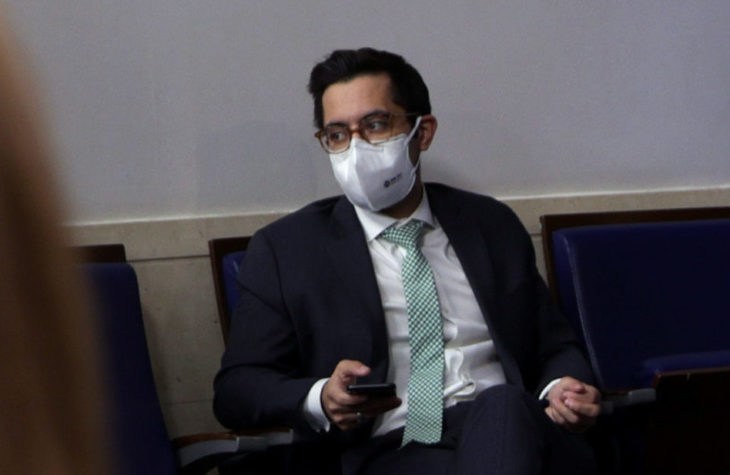 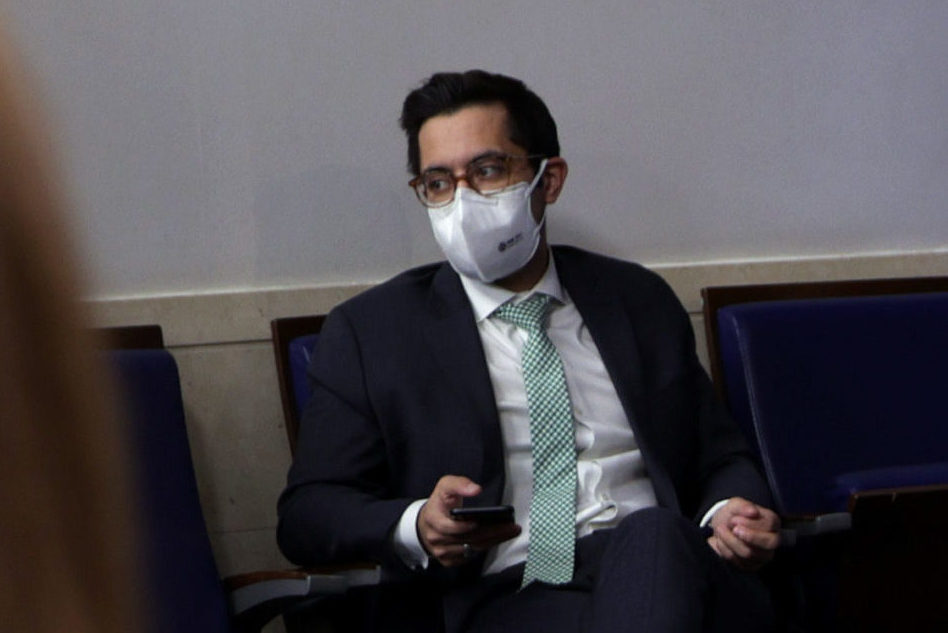 In a modern romance reminiscent of the classics, two star-crossed lovers found one another on the fair 2020 campaign trail. Biden campaign national press secretary TJ Ducklo and Axios political reporter Alexi McCammond, who had been friends for years, reportedly started dating in November. McCammond allegedly asked to be moved off of the Biden beat to avoid a conflict. Axios obliged. Ducklo moved into a new role in the White House press shop. And the pair are now engaged to be married.

But the story is a bit more complicated, even tragic than that. Not only was McCammond engaged to another man just last summer, she was still writing stories related to Biden and his administration in the months following the beginning of her and Ducklo’s relationship. Politico was planning on running a story on this breach of journalistic ethics, but according to reporting by Vanity Fair’s Caleb Ecarma, Ducklo threatened the reporter working on the piece that he would ‘destroy’ her if she published it.

The Politico story was effectively killed after that exchange, as a month later the news of McCammond and Ducklo’s engagement came from a sympathetic profile from People magazine. The following day, Politico wrote in Playbook that they had been working on the story for awhile and noted that they had received pushback from the Biden administration but did not offer specifics.

Vanity Fair’s story, published Friday, also revealed that Ducklo lobbed some disgusting personal attacks at the Politico reporter, Tara Palmeri, claiming she was merely ‘jealous’ of his relationship with McCammond as well as the fact that another unnamed man wanted to have sex with McCammond and not her.

Fellow journalists expressed horror that Ducklo would speak this way to a female reporter, and even suggested that his behavior was part of a larger pattern of him being disrespectful to the press.

In response to the backlash, the White House announced that Ducklo would be suspended for a week without pay and that he would no longer be working with Politico reporters upon his return. There are several obvious problems with this punishment. First, Biden promised on Inauguration Day that any staffer who spoke down to colleagues or the press would be fired immediately. Second, why would Ducklo only be prevented from working with Politico reporters? He did not attack Palmeri because of the outlet she worked for.

Ducklo was obviously only punished because his behavior was made public. Vanity Fair reported that Politico called the White House the day after Ducklo threatened Palmeri and that press secretary Jen Psaki and others involved in the situation confirmed that what he said was ‘inappropriate’ and promised Ducklo would apologize. It wasn’t until a month later, when Ducklo was called out by Vanity Fair, that he was suspended from his job. The White House apparently tried to cover this up, far removed from Psaki’s claim earlier in the day that the Biden administration was bringing back ‘compassion and kindness’.

Usually the Biden administration would be able to weasel its way out of such conundrums with the help of an amiable press. But this case involved one of the media’s own so the White House couldn’t count on a pass. On Saturday night, Psaki released a statement confirming that Ducklo had resigned his position as deputy press secretary. Ducklo then put out his own statement expressing his embarrassment and apologizing for his behavior.

If the timeline is to be believed, Ducklo and McCammond have only been officially dating for a few months. This amount of drama certainly can’t be healthy for a blossoming relationship. As Taylor Swift, a Cockburn favorite, sang about new love, ‘I know that it’s delicate.’ Swift also notes, however, ‘My reputation’s never been worse, so you must like me for me.’ Ducklo, freshly unemployed and mired in scandal, will find out soon enough if McCammond likes him for him.