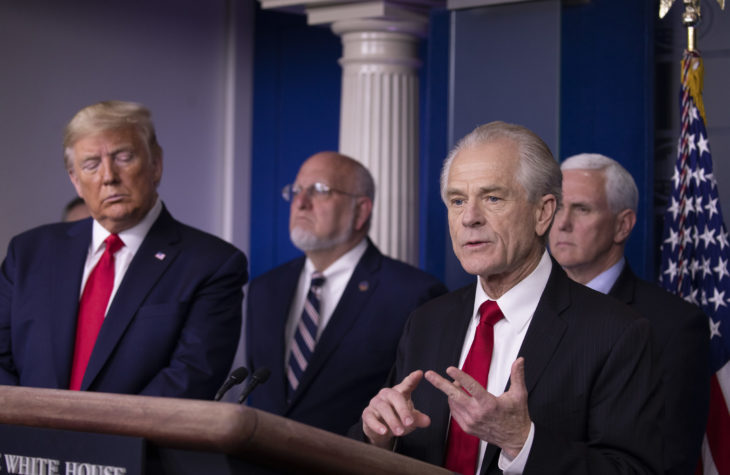 Navarro, the assistant to the president for trade and manufacturing, told The Spectator that Big Pharma’s opposition to the executive order, which would require government agencies to purchase pharmaceutical products made in the US, because it wants to ‘preserve its offshore oligopoly’.

‘All the EO would do is ensure that government agencies, including the VA, HHS, and DoD, Buy American,’ Navarro said. ‘America is more than up to that task and Big Pharma and its well-heeled Swamp Creatures need to stop being such a divisive element in American politics.’

Navarro’s statement is in response to a letter drafted by the Association for Accessible Medicines and signed by over 40 organizations, including PhRMA, the drug industry’s main lobby, that alleges the executive order would ‘destabilize the supply chain’ ‘as we fight a global pandemic.’

‘At this time, while supply chains for a broad range of US industries are stressed due to the global COVID-19 crisis and a number of factors related to the crisis already raised concerns about shortages, it is important that we do not take any measures that could undermine the complex arrangements between firms that allow for efficient delivery of medicines to patients,’ the draft letter reads.

Navarro notes that the executive order, however, contains exceptions for matters of national emergency.

‘None of the Buy American provisions in the proposed Executive Order would apply during the current COVID-19 crisis,’ he explained. ‘That’s a Big Pharma red herring designed to preserve its offshore oligopoly at the expense of American citizens.’

‘If this crisis teaches us anything at all, it is that we cannot rely on Big Pharma, which is renown already for its price gouging, to provide America during the China virus crisis with the medicines and medical supplies we urgently need from its offshored production.

‘Even if Big Pharma’s offshore operations want to send America what we urgently need, the foreign governments of the countries where their supply chains and plants are located are already forbidding the export of critically needed items. Ten of the top 20 countries exporting medicines to the US, including four of the top five, have already imposed some form of restrictions.’

A report from the Associated Press traced major supply shortages of personal protective equipment (PPE) back to China. The Chinese government initially shut down pharmaceutical manufacturers after the coronavirus outbreak, and when those plants reopened, China strictly limited exports to save supplies for its own medical providers.

China has since attempted to fight back against these reports, claiming to ‘donate’ PPE and other supplies to European countries dealing with coronavirus, including Italy and the Czech Republic. In reality, the Czech Republic paid nearly $550,000 for 100,000 rapid COVID-19 tests, 80 percent of which were determined to be faulty. 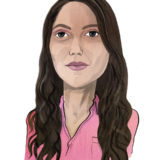