The word of the year (whether we like it or not)

There is no vaccine against a word, but I hope coronavirus will be in less demand in 2021 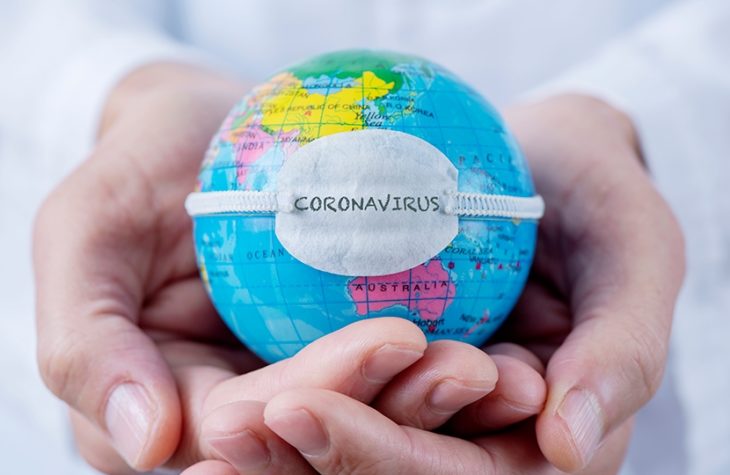 The word of the year (whether we like it or not)

In 2015 smombie became the Youth Word of the Year in Germany. In January 2016 a survey found that 92 percent of the young people asked did not know the meaning of smombie. Smombie is a portmanteau word composed from smartphone and zombie, used for those people who stumble about the street looking at their phones. Like many nonce formations it did not catch on.

What, you may ask, was a putatively English word doing as the German youth choice? Certainly there is quite a bit of English vocabulary thrown lightly about by young people in Germany. The word of the year for 2020 is lost, but it was very nearly bastard, for which a humorous campaign was mounted till it was stamped on.

The process of choosing the words has been open to manipulation, but the organizers plow on because, as in Britain, it is a useful publicity device for dictionaries. Thus the Cambridge Dictionary chose quarantine as its word of 2020. It had notched up 28,545 searches online. As Cambridge pointed out, the word has seen a shift in meaning, or at least reference. This year (particularly in the United States) it has been applied to a lockdown or self-isolation motivated by a fear of catching the virus rather than spreading it.

By determining the word of the year by the number of online searches, Cambridge avoided crowning COVID-19 or coronavirus as the obvious victors. People soon knew what those words meant, so they didn’t look them up. In Germany, the method had been by nominations and online discussions preceding a choice by a jury. Langenscheidt, the dictionary company, was the sponsor in 2015 when smombie won. The jury held out against a word supported by 36 percent of the youth participants, merkeln, a verb for taking one’s time before acting, in the manner of Angela Merkel, the German Chancellor.

That year too a word was disqualified: Alpha-Kevin, meaning ‘the most stupid of all’. The judges said sententiously: ‘It was not our intention to discriminate against specific persons.’ Kevin had popularly been used in Germany to stand for a working-class failure. (In America, Karen became the name for the kind of white woman who demands to see the manager. More recently, the use of Karen was denounced as sexist, and incidentally unkind to women who were actually called Karen.)

The German Youth Word of the Year seemed to be going the same way as the attempt in 2016 to name a new research vessel for the British Antarctic Survey. In the poll there was early disqualification for Blas de Lezo, the name of a Spanish admiral with a wooden leg, one hand and one eye, who nevertheless beat Admiral Vernon during the War of Jenkins’s Ear (as Carlyle spelt it when he coined the name in 1858).

At the finishing post, Boaty McBoatface came first with 124,109 votes, miles ahead of 34,371 for Poppy-Mai, a little child with cancer. Henry Worsley, a polar explorer who had died that year, and It’s Bloody Cold Here gained fewer votes. In fifth place came Sir David Attenborough — but that was the name chosen by the science minister, Jo Johnson, now Lord Johnson of Marylebone. Boaty McBoatface was tactfully applied to an autonomous underwater vehicle carried by the ship.

Last year the publishers Pons took over from Langenscheidt as sponsors of Germany’s Youth Word of the Year. Under the new management the three front-runners for the 2020 word, in an internet poll (from heaven knows who) supposedly among the under-25s, were lost, cringe and wyld (also spelt wild).

Lost (which in German would be verloren) is used when people realize they don’t understand something. Cringe labels vicarious embarrassment and wyld seems to have the same meaning as among jazzers in Fifties America: ‘remarkable, unusual, exciting’. Among the hepcats, wild had become a term of general approbation, like crazy. I don’t know where the spelling wyld came from.

The fact is that coronavirus is the word of the year whether we like it or not. Coronaviruses were named in 1968, from their resemblance under an electron microscope to solar coronas. This is the coronavirus, just as, in 1665, it was the Great Plague that swallowed up the meaning of plague, though there had long been plagues. There is no vaccine against a word, but I hope coronavirus will be in less demand in 2021.